Not long ago I talked about plant sex—the many ways plants are set up to produce seeds with genes from two parents. Here I’m going to talk about propagation that doesn’t involve breeding or genes. Many plants naturally spread themselves asexually, usually as an alternative to sex and seed propagations, which they also do. But here I’m focused on ways humans intervene to propagate plants without breeding.

Why do we do this? Not because we are bluenoses opposed to naughtiness in the plant kingdom (abetted often by insects). No, we do it because we want to reproduce the exact qualities of a given plant, or sometimes because the asexual method is easier.

An example of the latter is planting potato sets—pieces cut from tubers. These will make plants just like the parent plant. Potatoes do flower and sometimes produce seed, and this is what breeders use to develop new varieties, but most of us just use the tubers and perpetuate existing named varieties. Many plants have tubers or bulbs or corms or rhizomes which can be separated from the parent and used to start a new plant. Sweet potatoes are another example from the vegetable garden.

Planting tubers is easy. The other two methods of asexual propagation are not. Grafting is done with fruit trees and ornamental plants, and lately has been done with tomatoes and peppers. This is a way of choosing desired qualities from two (sometimes even three) different strains. For example, with fruit trees the rootstock is generally chosen to confer a particular amount of dwarfing as smaller trees are easier to care for and need less space (they also yield less and die younger). Specific rootstocks also confer resistance to various diseases and conditions. The scion, meanwhile, is chosen primarily for the quality of the fruit. Given varieties do also have known disease resistance and other qualities—for example, my Goldrush apple tree is known for setting very heavily, requiring thinning.

I’m not going to give you grafting instructions for the same reason I didn’t try to explain pruning—there is too much to it, and pictures are essential (or a live teacher). There are several methods. I’ll tell you this much: most involve grafting a scion which was cut from its tree in the dormant season (say February or March) and kept that way in a root cellar or refrigerator, and then grafted onto the rootstock in the flush of spring growth, like late April. But there is also a method called bud grafting, where you cut just a bud out of a scion (one scion can thus yield many buds) and insert it into the bark of the rootstock. This one you can do in August, and you don’t need prior preparation.

The third method is rooting cuttings. I’ve only tried this a couple of times but would like to try it some more. Here you cut a tip off a small branch of a desired bush or plant (mainly ornamentals—I don’t think this works with fruit trees, though you can do it with blueberries). You then dip the cut end in rooting hormone; this is helpful but not essential. Then you insert it several inches into a rooting medium, perhaps soil or sand and peat moss. You put a clear plastic cover over the pot to keep it moist, and over a few weeks the cutting puts out new roots—then in the spring you can plant it in its final location. The right time to take cuttings and the right kind to take vary by species. I did try this twice with dawn redwood, and they actually took—but I lost my plants both times because the seedlings were so fragile and it was hard to extract them from the pot gently enough. Last year I poked some blueberry prunings into a bucket of wet soil, and they took (and I regretted not keeping track of which varieties they were). I gave them away so I don’t know whether they made it. 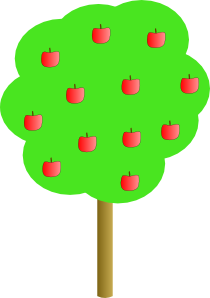