This week I’m going to discuss some crops you may not have grown before. We already talked about sorghum and sweet potatoes. I’ve mentioned peanuts but will talk more about them here; also popcorn, ginger and sesame.

One reason to grow peanuts is that as legumes, they fix nitrogen. Another is that, in my experience anyway, they’re trouble free. Peanuts also have the potential to make good snacks (I‘ve roasted mine well, but have yet to figure out how to get the salt to stick to them). And they could be pressed into a good vegetable oil, or ground into peanut butter. They are high in protein and fat, unusual among garden crops. They also have a fascinating and unique habit, sending “pegs” downward from bright yellow flowers into the ground to form the peanuts. This makes them a good choice for a kids’ garden.

Peanuts need a moderately long season—I often plant them after pulling onions or garlic in early July, and harvest them shortly before the first frost. They grow maybe a foot and a half high and do well in rows. When they begin to flop and yellow, that’s a sign they’re close to ready. In decent soil, the pods will come along on the roots when you pull up the plants, but fish around and you’ll sometimes find a stray peanut in the ground nearby. Hang the plants to dry for a couple of weeks before plucking off the pods. I count pods as I pluck them, and toss every tenth one into my seed stash; that way I’m increasing the proportion of genes from the plants that produced the most.

Popcorn is grown much like corn, with which it will cross, so it should be grown at a distance or planted early or late so it won’t bloom at the same time as other corn. This applies even if you don’t intend to save seed, because in the case of corn, this year’s crop is affected by cross-pollination. Most popcorn has small ears. There is no difference in cultivation, but like field corn you want it to dry in the field, not be harvested at the milk stage like sweet corn.

Ginger is different. It’s a tropical plant with a long season, so you have to overwinter it in a sunny window or greenhouse, in a sizable pot. You can start with grocery store ginger if it’s healthy and has noticeable knobs on top. You plant the rhizomes with those sticking up, just below the surface. Then, in the spring, you set the plant out in the garden—if it has made several sprouts and new rhizomes, you may be able to divide it and start two or three plants, a foot or two apart. Like sweet potatoes, it hates chilly weather so you’ll need to wait until well into May. It wants rich soil, plenty of moisture and partial shade.

I have, the last two years, planted it on one side of the fence I run down the middle of a bed. I plant peas on one side of the fence in March and then beans on the other side in June. The rest of the bed gets plants that like some shade, like spinach and lettuce, celery, and the brassicas. And ginger. For the ginger, I hang a cloth to partly shelter the plants from the sun; but this year the beans have been plentiful and lush and are quite adequate to shade the ginger so I took down the cloth early.

Imagine my surprise, when picking beans, to smell some lovely flower, and then to spy a glamorous white orchid flower hiding among the beans—a ginger bloom! My ginger has been very happy and got five or six feet tall, and last year three plants provided a lot of fresh rhizomes (the edible part). Possibly they lacked flavor, though? When it gets cold in late September or early October, you dig up the plants, take much of the ginger, but replant one or more starts to overwinter for next year. This has worked very well for me. My greenhouse isn’t warm enough for it but I park it in my sunniest window and it’s happy, and it cheers me to see its bright green leaves in winter.

It’s happy, that is, until April. Then, like the sweet potatoes, it gets very impatient and starts whining until I’m tempted to set it out too early (in case you’re wondering, whining in plants is accomplished by getting yellow and not growing). Did I say set it out well into May? I wind up setting some sweet potatoes out around the first of May when I’m tired of the whining.

Sesame is my experiment for this year. I started with 18 seedlings but they didn’t do well so I only had nine to plant. It’s a plant of semi-desert areas; I discovered that I had to water the seedlings separately and sparsely. I then chose a bed in a wet area for it, and it survived until the July drought; then it grew fast and thrived, making tall plants whose central spike had ascending, foxglove-like white flowers, which turned into pairs of green seedpods. Recently a storm knocked most of them down, and I tried propping them up in tomato cages. Next year I’ll do that from the start. I’ll let you know whether I get a decent crop of sesame seeds. 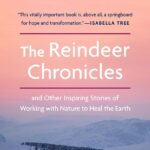 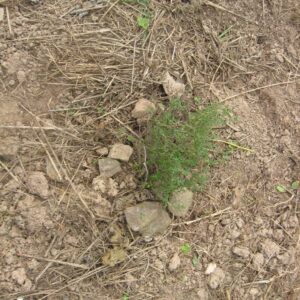 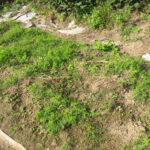 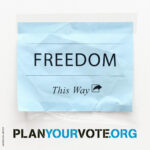