Health Study Articles on the Effects of Coal Mining 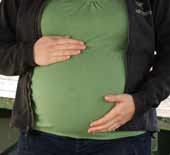 Quartz: The visual story of what humans sacrifice in our relentless hunt for coal

What You Can Do to Help Stop Mountaintop Removal

Death of a Mountain

Since the mid-1990s, OVEC has been working to end the insane method of coal mining known as mountaintop removal/valley fill, which goes on in parts of our home state of West Virginia, as well as parts of Kentucky, Virginia and Tennessee.The lush forests of central Appalachia are among the most biologically diverse temperate forests on Earth. World Wildlife Fund says this area is a biodiversity hotspot that, if saved, will go far in protecting the vast variety of life on Earth. A spring jaunt in the woods affirms that these forests provide habitat and breeding grounds for an incredible wealth of plant and animal life, including a melodious array of flitting, colorful neotropical migrant birds. These verdant forests, sheltering mountains and stream-fed valleys have nurtured Appalachian culture for centuries, and before that were the hunting grounds of native peoples.

For more than 100 years, people have mined the coal that lies under the ancient mountains, most likely the oldest mountains on Earth. Coal mining has been the only livelihood for many families, and proud miners gave their lives to open the door for unionization in this country. Although the coal industry has long promised prosperity, the area remains one of the poorest in the nation. Coal barons deceptively acquired mineral rights and much land in the early 1900s. They view the area like a resource colony, treating the workers poorly, leaving social and environmental devastation and whisking profits from the mineral wealth out of state, while buying the favors of those in political office.

What is mountaintop removal coal mining?

Mountaintop removal/valley fill coal mining (mountaintop removal) has been called strip mining on steroids. One author says the process should be more accurately named: mountain range removal. The coal industry would rather we call it mountaintop mining. We call it ecocide, because it is. Mountaintop removal / valley fill mining annihilates ecosystems, transforming some of the most biologically diverse temperate forests in the world into biologically barren moonscapes.Multiple, thin layers of valuable low-sulfur coal underlie the mountains of central Appalachia. These seams of coal are often too narrow to be mined by traditional deep mining methods. To “mine” this coal, coal companies first raze the forests and scrape away the topsoil, usually without even saving the soil or potential lumber, let alone the understory herbs such as ginseng and goldenseal. Next, they blast up to 800 feet off mountaintops, with explosives up to 100 times as strong as the ones that rocked and tore open the Oklahoma City Federal building. Giant machines then scoop out the layers of coal, dumping millions of tons of “overburden”—the former mountaintops—into the narrow adjacent valleys, thereby creating valley fills. In West Virginia alone, at least 500 square miles of our temperate jungles, home to so much wildlife, have been permanently annihilated. Coal companies have forever buried more than 1,000 miles of biologically crucial Appalachian headwaters streams and poisoned thousands more miles of streams, as well as groundwater.

Of course, it’s not only the people who suffer. The U.S. Fish and Wildlife Service has written that mountaintop removal’s destruction of vast swaths of contiguous forests destroys key nesting habitat for neo-tropical migrant bird populations, and thereby decreases the migratory bird populations throughout the northeast U.S.

Mountaintop removal generates huge amounts of waste. The solid waste becomes valley fills, which are sources of selenium and other pollutants fouling our water.

Liquid waste (much of which is generated when coal mined is mined in traditional deep or underground mines) is stored in massive, dangerous coal slurry impoundments, often built in the headwaters of a watershed. The slurry is a witches brew of water used to wash the coal for market, carcinogenic chemicals used in the washing process and coal fines (small particles) laden with all the compounds found in coal, including toxic heavy metals such as arsenic and mercury. Frequent blackwater spills from these impoundments choke the life out of streams. One “spill” of 306 million gallons that sent sludge up to fifteen feet thick into resident’s yards and fouled 75 miles of waterways, has been called the southeast’s worst environmental disaster.

How could this happen and what’s being done to stop this?

The outlaw coal industry has many politicians, from the local to the national level, in its pocket. That’s one reason OVEC works to establish Clean Elections in our state.