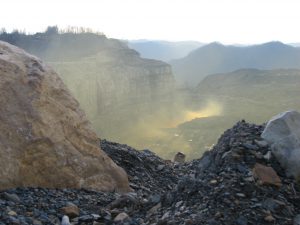 Dust and smoke after a coal company blew up a portion of Kayford Mountain to get to the coal. Do you think blasting like that could have any impact on the people living below? Photo by Vivian Stockman

Soon after he learned of OVEC’s dissolution, Allen Johnson, coordinator for Christians For The Mountains, sent this remembrance to OVEC staff member Vivian Stockman, and agreed to let us publish it here on OVEC’s blog. Volunteers will be maintaining this blog for the foreseeable future.

Last night I was restless as my thoughts kept swirling around the news that OVEC was dissolving. During this time of mourning, I began to think of how OVEC had been so instrumentally key to my life, especially the past 16 years. This is because so much of my life since spring 2005 has been intimately connected to Christians For The Mountains (CFTM). And OVEC has been directly and indirectly an integral support.

Viv, I could think of many other ways OVEC has helped CFTM (and me, personally). OVEC has always stood ready to encourage and help us and numerous other partners. The legacy of OVEC will continue positive ripples for the good in Appalachian and elsewhere for generations to come. Thank you.

With deep appreciation,
Allen Johnson, Coordinator, Christians For The Mountains 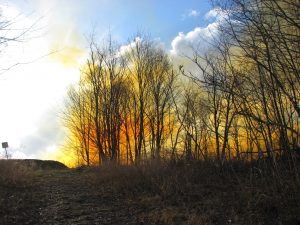