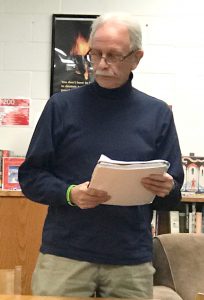 This multimedia effort tried to convince people that environmental laws and regulations are unreasonable, unnecessary, and damaging to the region’s economy. This campaign contends that regulations are the source of the decline of coal jobs. The message is that efforts to preserve and protect the environment represent a war on coal.

Dr. Daniel Doyle, the author of this article,has been a  family medicine practitioner at New River Health in Fayette County, WV since 1977. He states, “In my own practice, I’m much more likely to consider occupational and environmental exposure to substances as causes of diseases than I was in earlier years… I believe strongly that health advocacy is part of our job as physicians.”

This article examines the situation of the Keeney family, who live on Wolf Creek in Fayette County. They learned that Wolf Creek was polluted due to the “disposal” by underground injection of fracking-related waste water.

The U.S. Geological Survey published a study in 2016 in Environmental Science and Technology reporting that strontium, barium, lithium, and radioactive compounds were leaking into the creek. A separate study the same year in Science of the Total Environment by Duke University researchers, found endocrine-disrupting compounds downstream from the injection site.

In January 2017, the Keeney children bathed in water from the family well and developed sores, blisters, and red rashes on their arms and face. Their family doctor told the Keeney family that these were chemical burns. This is just one of many examples of health problems caused by injection of fracking waste liquids.

These types of problems arise for our continued reliance on fossil fuels. I believe that the Clean Power Plan should not be repealed, but should be strengthened. Our health is and has always been dependent on clean air and water, and these issues must always be protected. Thank you. 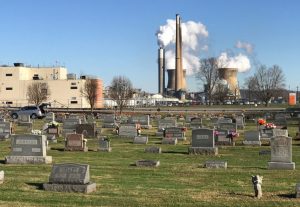