Everything we work for depends on a strong democracy!

Earlier this year, legislators passed SB 622, a bill that is disastrous for those of us who want elections where candidates listen to the voices of everyday people, not wealthy donors and special interests. Right now, the State Election Commission is writing rules on how the new law will be implemented and enforced. WV Citizens for Clean Elections (OVEC is a founding member of this broad coalition) has looked at the rules, and they need to be strengthened. You can help!

The details you need to take action can be found at the link above or here.

If you are interested in getting involved in OVEC’s work with WV Citizens for Clean Elections, contact info@ohvec.org. There’s a coalition meeting coming up soon!

#WV voters want to know who is trying to influence our representatives & our votes with their big money donations. Contact the State Election Commission today & ask them to support #Transparency of #DarkMoney spending in our elections. #FightBigMoneyhttps://t.co/hgGIAU9DxB

*Below are some talking points to help in crafting your letter in regards to SB 622 Rule-Making:
1. Every voice should count. SB 622 is disastrous for constituents who struggle to have their voices heard over the special interests that try to buy our elections. The voters of West Virginia want elections where candidates listen to the voices of everyday people–not wealthy special interests.

2. This law further unbalances our politics. It is not for regular West Virginians. Only 124 (less than 0.0001% of) people in West Virginia maxed out on their campaign donations to candidates in the last election cycle. These are the only people who will benefit from these new, higher limits. They get more power over our politics at the expense of everyone else in West Virginia.

3. Everyone deserves to know. West Virginia voters also want to know who is trying to influence their representatives and their votes with their big money donations. However, the trade-off off of allowing more big money into our elections in exchange for increased transparency is a false one that does nothing to address the flood of secret money in our elections.

We need to close loopholes in our laws that allow groups that spend money on political ads to hide the identity of their donors–loopholes that remain open under SB 622. Ask the State Election Commission to support increased transparency of political spending and urge the Legislature to bring real disclosure to the dark money spending in our elections.

Additionally, the proposed rules governing SB 622 could be strengthened in the following ways:
1. Clarify that the rules apply to non-partisan elections, including judicial elections.

3. Expand the types of conduct that amount to coordination with a candidate, such as a third party’s re-publication of a candidate’s campaign materials, and include coordinated electioneering communications in the definition of coordinated expenditure.

4. Specify requirements for implementing/establishing firewalls to prohibit the flow of information between a candidate’s campaign and outside groups supporting that candidate’s election.

5. Clarify which candidates and political committees are required to file electronically (and the filing jurisdiction/who reports are filed with).

6. Specify when the list of candidates and other entities filing late reports will be published.

7. Clarify that joint fundraising agreements and reports filed by joint/separate committees will be made publicly available and accessible online.

Jun 30 2021  Hoots and Hollers
By Chuck Nelson: Communities Must Organize to Win 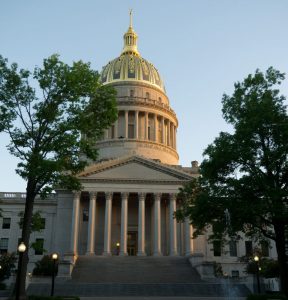