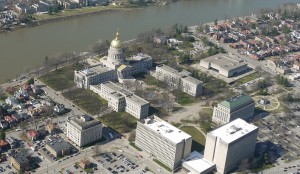 I write in response to the op-ed by the executive director of the West Virginia Independent Oil and Gas Association of West Virginia in which he opined that gas production in Pennsylvania and Ohio is increasing more than in West Virginia and that is because of our Legislature’s failure to adopt legislation the industry wants.

I do not know if it is true that production is increasing faster in Pennsylvania and Ohio or if the reason for the increase arises from what he claims or is from a variety of other reasons. I do know that some of the legislation the drillers have wanted here should not pass because it is so lopsided in favor of the drillers that any increase in production would mostly benefit the drillers and not our citizens.

During the 2017 session, drillers pushed so-called “cotenancy” legislation, which said that, if a number of family members own shared interests in one mineral tract, the drillers only needed a certain percentage of the family members to sign leases to drill on that tract. And then the driller could pay every family member according to the terms of the leases signed by only some. I have cousins who are a retired airline stewardess and a retired obstetrician. They left West Virginia decades ago. They know nothing about the Marcellus Shale and do not have the same financial or surface use concerns that I do. I know what drillers can afford to pay and what other provisions should and should not be in a lease. The drillers should not be able to get around me by getting my cousins to sign the driller’s unnegotiated boilerplate lease.

That “majority rules” legislation was bad, but the industry’s additional proposed “invisible ink” legislation was worse. Many leases signed early in the last century are still in effect today because there are still old, low-producing wells on the mineral tracts. Those antiquated leases do not have voluntary-pooling clauses that are required to drill using the new, mile-long horizontal well bore drilling techniques; and they have the pre-Marcellus, industry standard royalty rate of 12.5 percent. I know of one Marcellus Shale well drilled next to a conventional well that, in the first full calendar year of production, produced 60 times more gas than the conventional well a few feet away. And there were eight more Marcellus Shale gas wells drilled on the same new pad. Things have changed.

Modern leases do have pooling clauses, but they also provide for royalties of 18 percent and even higher. Some drillers ask the mineral owners to modernize the old leases to add a voluntary-pooling clause (and often other fine print favoring the driller), but refuse to also modernize the royalty rate. Many mineral owners have refused to sign these one-sided lease amendments, so the drillers have gone to the Legislature asking for laws that say there is a pooling clause in these old leases even though there is not. 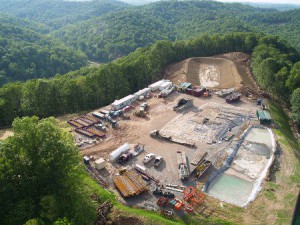