Thanks to the 863 people who signed on to the letter regarding the pending auction of the Charleston Gazette-Mail (read the letter below). Thanks to everyone who asked others to sign on, too.

The letter has been e-mailed to the people to which it is addressed, save for Judge Volk. His copy will be sent out via the U.S. Postal Service today.

If you missed signing on, you could make note of that in the comments section below.

It’s fair to wonder whether the paper—which according to a New York Times article on the bankruptcy, “has exposed corruption, greed and incompetence with a tenacity that was rewarded last year with journalism’s highest honor, a Pulitzer Prize”—will be able to continue with such journalistic excellence under new owners.

In contemplating the fate of Charleston Gazette-Mail, a quote by Louis Brandeis, in Other People’s Money and How the Bankers Use It, comes to mind: “Publicity is justly commended as a remedy for social and industrial diseases. Sunlight is said to be the best of disinfectants.”

Potential buyers have until noon on March 6 to submit bids for ownership of the newspaper. If you happen to have rich friends with a deep respect for investigative journalism and the civic duties of the Fourth Estate, encourage them to make a bid on the paper.

March 8 is the day the Gazette-Mail will be auctioned off in U.S. Bankruptcy Court, Southern District of the State of West Virginia. Chief Bankruptcy Judge Frank W. Volk will preside. Hopefully the public will be allowed in the courtroom.

Our Other Blogs on This Issue

Feb. 14: Sign On to Letter About Auction of Charleston Gazette-Mail 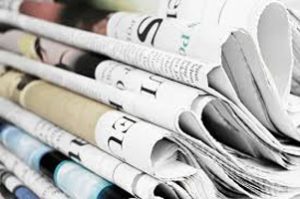