I was deeply disturbed when I heard that the Charleston Gazette-Mail was filing for bankruptcy with the possibility of being purchased by the Ogden Newspaper-owned publications. During the 24 years I worked for OVEC, I relied on the Gazette (and later the Gazette-Mail) to stay up with all the news, issues and happenings in Charleston and across the state. I counted on the newspaper because its reporters are conscientious, hard-working and above all, fair.

In West Virginia, where special interest politics often rules the day, the Gazette-Mail has been a consistent voice of the people. While big special interests, like the extractive industries of coal, oil and gas, and timber have significant advertising budgets to inundate print media or the airwaves with their side of an issue, the average citizen or small non-profit organizations in our state have regularly relied upon the Gazette-Mail to help elevate how social, environmental, labor, educational, and labor issues impact us all.

Having been active in environmental issues since the late 80s, I’ve seen the Gazette-Mail take on extremely controversial issues. This independent newspaper provides outstanding investigative journalism on such issues as opioid abuse, campaign finance contributions to “our” politicians, mountaintop removal, and the 2014 West Virginia water crisis.

The investigative journalism of Ken Ward, Jr., the late Dr. Paul Nyden, and Eric Erye, who won a Pulitzer Prize in 2017, and other stellar Gazette-Mail reporters provides the public with important, in-depth information about critical issues that affect the lives and health of all our citizens.

Beyond outstanding news coverage, they paper also regularly prints guest editorials and letters to the editor from social justice and environmental leaders. West Virginians deserve to be fully informed about a broad range of issues and also need to know where political leaders stand.

I fear that without this progressive, independent newspaper, citizens will not be exposed to all sides of serious issues or receive enough information to make truly informed decisions.

A sign-on letter now circulating notes: “…under certain circumstances, bankruptcy court proceedings allow debtors to accept a closing auction bid that is not necessarily the highest bid, but rather the “highest and best” bid, if that bid contains fewer contingencies and/or provides certain values, such as the retention of existing employees and protecting societal needs. (See “Highest Dollar Bid Not Always the Best,” published June 27, 2011, in the New York Law Journal.)”

I hope the bankruptcy court will consider whether or not the highest bidder for the Gazette-Mail will carry on the journalistic integrity and fairness that is essential to the ideal of a democracy. It’s certainly my hope that whatever company’s bid prevails, that the current outstanding reporters and other employees at the newspaper will be retained.

If you agree to the points it makes, please do sign on to this letter by February 26. At the very least, it will let Gazette-Mail reporters know you respect the work they’ve done for the people of West Virginia. 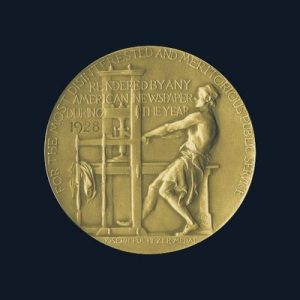