Leaders of the Highlander Research and Education Center have said they found a white power symbol spray-painted near the scene of the March 29 fire.

The Burning of Highlander Center: a Fascist-like Attack

A message from OVEC to Highlander Center:

We, at OVEC, are deeply saddened to hear about the devastating fire at the Highland Research and Education Center early this morning. Over the years several OVEC staff have benefited greatly by the many gatherings attended there, sitting in those iconic rocking chairs and strategizing with like-minded activists. Just being in a place like Highlander where the spirit of Martin Luther King, Jr. and Rosa Parks still pervades, reminds us that as we work for justice, we are standing on the shoulders of giants who have led many successful movements in this country and beyond.

The work of the Highlander Center has always made it clear that we are all one in the work—whether it be civil rights, indigenous rights, environmental justice, immigrant struggles, labor movement issues, democracy, women, LGBTQ, etc. Highlander is a welcoming place where great work gets accomplished. While many irreplaceable documents have been lost, the heart and soul of Highlander Center is undoubtedly beating strongly. Know that we are with you through this unbelievable challenge. You are strong. You are resilient and in capable hands. And above all, you are not alone. We love you!

From Highlander Center to supporters:

Your outpouring of support, concern, and solidarity are deeply felt and greatly appreciated. We want to share the following information we released yesterday. We will continue to inform our movement family of developments as we are able.

As most of you know, a devastating fire burned down our main office early Friday morning. Thankfully no one was inside the building and no one was injured.

While we do not know the names of the culprits, we know that the white power movement has been increasing and consolidating power across the South, across this nation, and globally.

Since 2016, the white power movement has become more visible, and we’ve seen that manifest in various ways, both subtle and overt. They’ve targeted and exploited working class and cash-poor white communities searching to find a sense of belonging, dividing them from people who support efforts to improve the material conditions of all people. Their attempts to increase in size and scale impact the realities of our daily lives here because the majority of Black people in this country reside in southern states. As Islamophobic attacks become more prevalent, we’re hyper-aware that the majority of Muslims in this nation are Black people. We know that anti-Semitic attacks have rocked the Jewish community. We know that anti-immigrant forces are consolidating, attacks on reproductive freedoms abound and the politics of the federal government’s executive branch are speaking to the privilege-based fears of the white power movement, emboldening them in ways the 21st century hasn’t seen.

Even in the face of these realities, the southern freedom movement is alive and well. Our folks are winning campaigns. They’re organizing and base building. People are fighting for progressive policies and using direct action to hold people in power accountable.

Highlander is a sacred place built by communities of the most affected people and it has become a home to those who believe in freedom and collective liberation here in the south, across the U.S. and around the world. Because of our history we are not surprised that this space, one where marginalized people working across sectors, geographies and identities show up consistently, has been repeatedly targeted over our 87 years of existence.

The safety of our people is and has always been our first concern. The investigation is nowhere near over. We are continuing to survive and monitor the process that takes more time in a rural geography with limited public resources. The Jefferson County Sheriff’s Office will continue their investigation. The Tennessee Bomb and Arson people will continue to do theirs. We are not confused about how rarely people are ever charged with arson; however, we are surviving and monitoring these investigations.

This is a time for building our power. Now is the time to be vigilant. To love each other and support each other and to keep each other safe in turbulent times. Now is not the time to dismiss how scary things are, which makes it even more important to have concrete assessments of concrete conditions, and sophisticated strategies to build a new world.

We love you all, we appreciate your patience and questions, and please continue to be vigilant. 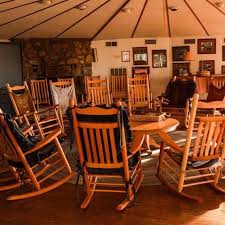