A continuing resolution that has kept the miners’ health care benefits afloat for now expires tomorrow, April 28. Today or tomorrow, Congress will vote on the Miners Protection Act of 2017. The act would secure health care benefits for retired miners whose coal companies have declared bankruptcy. The Act would also protect the UMWA’s 1974 pension fund from collapse.

Imagine going to bed each night the past few months wondering if you’ll still have your health care benefits in the morning.

That’s exactly how more than 22,600 retired union miners have been living each day since Congress failed to pass the Miners Protection Act in December, which would have offered a permanent solution to the United Mine Workers of America’s ailing health care and pension funds.

As the Beckley Register Herald reports, “At the expiration of the current continuing resolution, due Friday, more than 22,000 retired coal miners throughout the country will lose their health care benefits. In West Virginia, almost 8,500 will be affected.” Senator Manchin expects another continuing resolution will save the health care benefits, for now…

(A)fter almost 30 years underground, the 61-year-old faces a lifetime of bills for miners’ maladies, from a bad back to black lung.

Nelson knew the deal he made before disappearing beneath the mountain for the first time in 1975. His health would almost certainly be the price for the best paycheck around and benefits backed by his union — the United Mine Workers of America.

Now, that deal is in doubt.

In his op-ed, Terry writes, “We do not need coal to survive. But we do need clean air, clean water and protections that were promised to retirees and their dependents—generations of Appalachians who already paid coal’s steep price.”

Terry Steele: Washington’s support for coal should start with miners 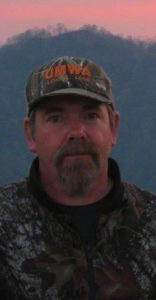 President Trump and legislators claim their priority is to help coal miners and coal communities that are in dire straights. But when Trump and others in Washington talk about supporting coal, they are really talking about coal executives: billionaire CEOs of companies who profited from our labor, plundered our land, and then collected hefty bonuses while laying off workers en masse in the name of bankruptcy. Take our dwindling retiree benefits as the latest example.

A fund set up over 70 years ago by the federal government and United Mine Workers of America, allocated to ensure miners working dangerous jobs would be protected from cradle to grave, is running dry. That’s all because of bankruptcy laws that allowed companies to continue operations while relieving themselves of providing miners their hard-earned coverage. If Congress doesn’t act by the end of this month, I will become one of 20,000 retired coal miners to lose health care and pension benefits I was promised from the day I set foot underground.

After working for 11 different coal companies in West Virginia over the course of 26 years— that’s more than 50,000 hours spent underground, breathing in coal dust and putting my life on the line—I can say that providing the nation’s “cheap” energy comes at a severe cost. From ruptured mountains to contaminated drinking water, black lung to explosions that take workers’ lives, chemical facilities and massive slurry ponds that hover behind our schools and homes, the cost of coal is placed squarely on the shoulders of the communities where it is mined.

The sacrifices made by coal miners don’t come to an end once we’re out of work. In the 1990s, the advent of mountaintop removal in Appalachia – an even faster, “cheaper” method for companies to profit from coal – put our communities at new levels of risk we had never before faced outside the mines. This strip-mining process, which involves the daily detonation of millions of pounds of explosives to unearth beds of coal, releases clouds of toxic heavy metals, which poison our streams and cause outbreaks of cancer, brain tumors, birth defects and other illnesses. Our creeks and our wells run black, and houses and streets flood regularly because barren, leveled mountains can’t absorb the rain or catch the wind during storms. Whether miners work in caverns underground or on strip mines up above, coal continues to impact our health, safety and communities long after we retire.

While environmental regulations have taken the heat for the coal industry’s decline, the decrease in coal jobs was in fact caused by competition from cheaper natural gas, solar, and wind, as well as the automation of mining for mountaintop removal. Likewise, the replacement of men with machines is partially to blame for the erosion of pension plans that are based on “man-hours” at the mines. Trump says that the Congressional repeal of pollution regulations like the Stream Protection Rule and his attack on carbon emissions reductions will put miners back to work. But cutting health and safety precautions won’t bring jobs back – it will only allow the industry to cut corners at the expense of our lives.

These are not just statistics. Hundreds of members of my local UMWA chapter have died over the past 10 years, many from pollution-related diseases like cancer, shrinking the Matewan chapter from more than 1,200 members to just 800.

In the past few months since he took office, Trump proposed cutting the Appalachian Regional Commission and began dismantling the Clean Power Plan—both of which could jumpstart new economic opportunities that provide alternate jobs, services and sources of energy for communities in West Virginia where coal isn’t coming back. If Trump and Congress truly want to help the people that powered this nation, they should support policies to retrain coal miners, transitions to diverse economies in Appalachia, and care for former miners that need it now more than ever.

We do not need coal to survive. But we do need clean air, clean water and protections that were promised to retirees and their dependents—generations of Appalachians who already paid coal’s steep price. 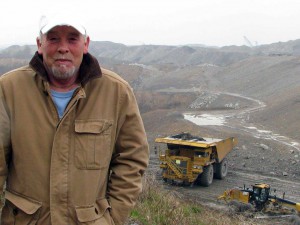 I’m proud to have worked as a coal miner for nearly 30 years, and to have been part of the workforce that kept America’s lights on. But mining has taken its toll on me.

Mining is dangerous work, and breathing coal dust underground for so long isn’t good for the body.

My mining-related medical history runs about a mile long: I’ve had treatments for black lung, for a bad back, a failed kidney — you name it.

I knew the health risks when I signed up for the job. Fourth-generation miners like me have seen family and friends struggle with health problems from a lifetime of working with coal.

Miners are nearly four times as likely to incur fatal and severe injuries on the job than the average U.S. worker. A recent report shows that rates of black lung among miners may be 10 times higher than government estimates.

But when I first went underground in 1975, I had a promise from the government and from the coal companies: help us power the country, and we’ll help you with bills. I was told I’d receive the best health care money could buy and a comfortable pension as thanks for this dangerous work when I retired.

I foresaw the upcoming doctor’s visits — even as I hoped they wouldn’t happen — and I knew how to keep myself safe on the job.

What I couldn’t foresee was that my employers and the government would someday turn their backs on me, my family and my fellow miners, just when we need them most.

I’m one of 23,000 retired miners at risk of losing our health care and pension coverage this year.

In 1946, the government and the United Mine Workers of America established a fund for miners supplied with money from the coal companies. Thousands of spouses, widows, children and other dependents also rely on this fund.

But without action from Congress by the end of this month, those of us who were promised care will be left out in the cold.

As coal has taken an economic downturn, the fund is in jeopardy. Coal companies who declared bankruptcy between 2012 and 2015 no longer have to pay into the fund, depleting most of its revenue source. Over three dozen companies declared bankruptcy during that time period, including three of the four top coal producers in the country.

There’s a lot of talk about what’s responsible for the decline of coal. But it’s clear that not only is the government ignoring miners, but that coal companies are breaking promises to take care of employees who were so instrumental to their success.

Even as they declared bankruptcy, these giant companies somehow found the money to take care of the folks at the top. Peabody is planning to pay out $12 million in bonuses for only six executives as part of its bankruptcy plan. That $12 million would go a long way toward paying off miner health care bills — but I somehow doubt that we’ll be seeing any of that cash here.

Donald Trump promised to help miners and bring back the coal industry. Many miners elected him to steer the government back to working for us, keeping our health care and pensions safe and creating jobs in our communities.

Unfortunately, most of the Trump administration’s moves so far seem like they’ll only be helping coal executives. Financial analysts say prospects for coal jobs are slim, even with Trump’s attempts to roll back regulations. Washington’s strategies to “help” the industry may end up padding executive pockets instead of creating jobs.

If Washington really wanted to help miners, ensuring we have health care seems like a no-brainer. But Congress may ignore the policies that would improve our lives. In December, the government nearly shut down over disagreements about funding our health care. As we inch closer to the end of this month, our future is in danger again.

If Congress doesn’t act by April 28, I — and thousands of other miners — will be left without health care or pensions. Miners like me knew the risks of our profession, but we were counting on being taken care of in exchange for all our years of work.

The coal industry and the government has pulled the rug out from under us.

Now, it’s Congress’s responsibility to step up and keep the promise that was made to me and thousands of others. 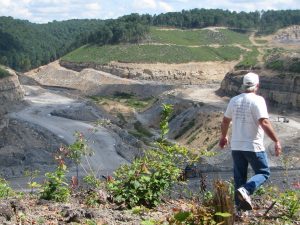