Spring is just around the corner and soon we will be spending more time outdoors and preparing our gardens for planting. Sadly, some of us will also be buying the toxic chemicals that line the shelves of most big-box hardware stores. The petrochemical industry has done a good job of convincing people that mankind should be at war with nature and that we need their products to win that war.

The United Nations Secretary General António Guterres said in a speech last year,  “Humanity is waging war on nature. This is suicidal. Nature always strikes back and it is already doing so with growing force and fury.” Historian Edmund P. Russell III said, “In the first half of the twentieth century, the science and technology of pest control sometimes became the science and technology of war.”

In 1962, Rachel Carson wrote Silent Spring. She used her expertise as a biologist to explain how our agricultural system had become controlled by the petrochemical industry and how our health was being affected. Poisons that were once used in warfare now were being used on our crops. Carson said, “We still talk in terms of conquest. We still haven’t become mature enough to think of ourselves as only a tiny part of a vast and incredible universe. Man’s attitude toward nature today is critically important simply because we have now acquired a fateful power to alter and destroy nature.”

Evidence of this ongoing war can be seen each spring as homeowners mount a chemical assault on weeds and bugs. Today, mankind has an endless supply of poisons. Fungicides to kill fungus; herbicides to kill weeds; insecticides to kill bugs; and rodenticides to kill rodents. Looking at the label of a product will tell you the active ingredient in the formulation because industries in the U.S. and E.U. are required to make that information public. However, companies are not required to reveal the identities of “inert” ingredients because they don’t contribute to the herbicidal activity of the formulation. But, in many cases inert ingredients are as toxic or more toxic than the active ingredients.

The most widely used herbicide in the world is Roundup. The broad-spectrum herbicide was listed as a probable human carcinogen in 2017. The USA used 287 million pounds in 2016. Its main uses are as an herbicide and also as a desiccant or drying agent for crops pre-harvesting. Roundup contains glyphosate as the active ingredient, but it also contains other “inert” ingredients as well. These substances can be used to help extend shelf life, as colorants, to help it dissolve in water, to help it stick to the plant surface, and to stop wind drifting when it is sprayed.

We know from countless peer reviewed studies that regardless of what Monsanto claims, Roundup is toxic. It is now the focus of over 2000 lawsuits based on the increase of non-Hodgkin’s lymphoma among people who used or were exposed to the product. Monsanto continues to deny the claims and has gone as far as paying researchers to “ghostwrite” scientific papers actually authored by Monsanto employees.

There are several categories of pesticides and Glyphosate falls into the category of organophosphates. These compounds are similar to the nerve gases developed for human warfare by Germany. They affect the nervous system by inhibiting acetylcholinesterase. Some of the “trade names” for these chemicals are: Fallow Master, Touchdown, Rattler, Shackle, and Round Up. The lawn chemical, Diazinon, goes by the trade names “Dazzle or Knoxout.” It is now banned for use in the USA. Malathion, another organophosphate, is a biocide and toxic to birds, bees, fish, amphibians, crustaceans, and aquatic insects. It is still widely used and sold in the USA.

Another category of pesticides are organochlorines; the most famous one in this group is the now banned DDT. These compounds are basically chlorinated hydrocarbons and today most are banned due to health effects. They are long-lived in the environment and are very fat soluble. They have bioaccumulated in our food chains and can found far away from agricultural applications. They have even been detected in the Arctic. They are mutagenic and carcinogenic.

If you drink coffee, you should be aware of an organochlorine called Endosulfan. It was widely used against coffee bean borers and was banned for use in the USA in 2010. It is still used in some countries (legally and illegally) on cotton, coffee, and tea. Buying organic coffee or “bird-friendly coffee” and organic tea is a good idea.

If you have Sevin in your garden shed you have a carbamate. Like organophosphates they too affect the nervous system and can be toxic when absorbed through the skin, ingested, or inhaled. Two inert ingredients in carbamates, crystalline silica and petroleum oil are toxic. The former causes lung cancer and the latter is a suspected carcinogen.

The horrible explosion of the Union Carbide plant in Bhopal, India in 1984 as well as the 1985 explosion of another Union Carbide plant in Institute, West Virginia involved methyl isocyanate or MIC. It is used in the manufacture of carbamate pesticides. Regardless of the risk to health and the environment, the oil and gas industry is counting on expanding petrochemical production in the Ohio River Valley to make up for revenue losses in its energy sector.

Neonicotinoids are another class of pesticides that target insects’ nervous systems. They are systemic, which means they cannot be washed off a plant as they are incorporated into the plant tissues. This pesticide can accumulate in pollen and nectar, which is why they are so deadly to bees.

Pyrethroids are synthetic compounds based on pyrethrin, a compound extracted from chrysanthemum flowers. These man-made compounds have been shown to cause reproductive issues, immune system disorders and respiratory problems.

All pesticides are toxic in varying degrees. They can be carcinogenic, mutagens (mutate cells), teratogens (mutates eggs and sperm), fetotoxic (poisons the fetus), neurotoxin (damages nerves) and cause organ damage. Pesticides also affect non-target organisms. When you spray your yard, you don’t just spray weeds, you spray everything else in contact with that yard: the water, air, beneficial organisms, soil, birds, amphibians, pets, and you!

Most pesticide formulations are based on petrochemicals. This means that as we increase our use of these dangerous products, we also increase climate change and encourage more fossil fuel extraction. “About 20 percent of oil is used for petrochemical production.”

Feb 22 2021  Hoots and Hollers
The Truth About Polystyrene

Feb 9 2021  Hoots and Hollers
Plastics and Petrochemicals: How They Affect You and the Environment 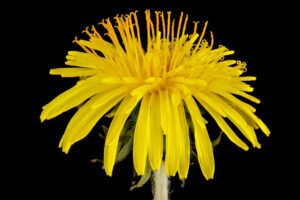