Water is life, pure and simple. Before birth, we float in amniotic fluid that is primarily water. One might say we are born of water. The average infant’s body is 75%-78% water. The average adult’s body is typically 65% water. Our brain is 70% water and our blood is 80% water. Our bodies can’t survive more than a week without water. Only 3% of the water on earth is fresh water with less than 1% available for our use with most fresh water either tied up in glaciers or in underground aquifers.

Given that so little freshwater on our planet is available for our consumption and use, common sense begs that we protect it from pollution.

We are fortunate in West Virginia, to live in place where fresh water is plentiful.

Water is an abundant resource in our state, with approximately 9,000 streams and rivers that total over 32,000 miles in length (known as surface water). Our public lakes and reservoirs total 22,000 acres, including an additional 100,000 acres of wetlands. Rainfall throughout the state averages nearly 40 inches per year, though more than 55 inches per year may fall in higher elevations of the Allegheny Mountains.

Not only does West Virginia have copious surface water, it also has generous quantities of groundwater, stored beneath the ground, known as aquifers. Many people living in our rural areas depend on private wells or natural springs as their only water source. Just like our people, much of the state’s rich plant and animal life depends on our state’s water—birds, mammals, reptiles, plants, etc., rely on the clean, fresh water in our ponds, lakes, streams and rivers to live and breed.

But almost daily, we hear about threats to this life-giving natural resource throughout our nation and here at home. Last summer, the Associated Press reported, “Toxic algae has shown up in more than 40 state lakes and waterways from Los Angeles to the northern reaches of California, the highest count in state history. Water agencies have been caught off guard by the growing extent of the algae, which is triggering health warnings, the closing of swim areas and a reduction in park visitors and revenues.” These algae blooms, though, are not limited to large agricultural areas in California.

According to the website EcoWatch, “In 2011, toxic algae in the open waters of Lake Erie’s Western Basin were 50 times higher than the World Health Organization limit for safe body contact. That same year, levels were 1,200 times higher than the limit for safe drinking water, according to the U.S. Environmental Protection Agency (EPA). In August 2014, toxic algae shuttered the Toledo, Ohio drinking water treatment plant for several days, leading to advisories against the use of tap water in the city. The bloom also led to warnings for Pelee Island, Ontario residents not to use lake water. In total, more than 500,000 people were impacted. And the summer of 2015 produced the largest algae bloom in Lake Erie in 100 years. While it didn’t reach earlier toxicity levels, the bloom covered 300 square miles.”

These algal blooms occur when agricultural fertilizers and manure enter a watershed during precipitation events, worsened by the warming of our lakes, rivers and streams due to climate change. You may recall that in 2015, a toxic algae bloom of unprecedented size (more than 600 miles long, impacting four states) occurred on the Ohio River, making West Virginia American Water Company scramble to develop a potential secondary water intake system for the city of Huntington. An October, 2015, story from the Associated Press about that incident reported “What surprised many along the river was the unprecedented size and level of toxins detected in some areas—well above those found recently in algae-plagued western Lake Erie.”

While municipal water treatment plants are beginning to address the problems of toxic algae blooms, our state and federal governments need to get serious about other industrial water pollution.

If you don’t know who your Delegate is, use your cell phone to find out. Text your zip code to 520-200-2223. You will get a text back with a list of your Federal and State reps, along with their phone numbers. Find your Delegate in that list, and call. Tell them to vote no on HB 2506. 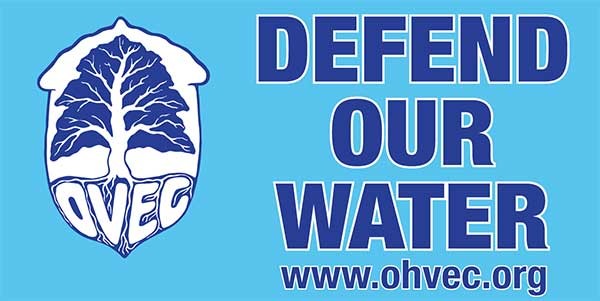 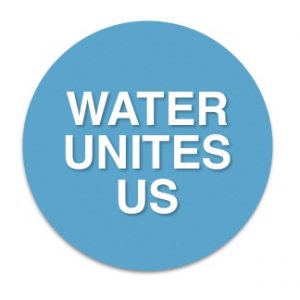