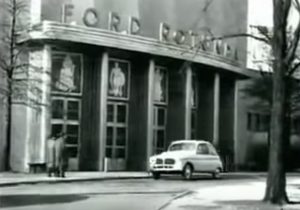 Many of us remember the scene from the comedy Up in Smoke when a van made of marijuana and driven by actors Cheech and Chong catches fire, causing everyone behind it to get high.

However, I am betting most of us have never heard of Henry Ford’s industrial hemp car of 1941. Henry Ford built his first Model T car with composite plastic made from hemp. It even ran on hemp bio-fuel.

The building blocks of any plastic, whether it be petroleum based or plant based, are high molecular weight polymers made of carbon chains. Oil can supply these chains to make plastics like polyethylene. Plants can also be the source of carbon polymers that can be made into plastics. Such is the case with cellulose-containing hemp.

Hemp is about 70 percent cellulose, and this polymer can be used to create plastics that can be injection molded or blow molded (plastic bottles), in the same process as traditional oil based plastics. Technical advances in the past decade have allowed plant-based plastics to be used in conventional injection molding equipment.

Unfortunately, hemp suffers from its cousin marijuana’s bad reputation. Powerful political and industrial interests pushed back against hemp and it was made illegal in 1937 via the Marihuana Tax Act. Today some hemp is grown under a pilot program legalized by the 2014 Farm Bill, but most is imported from other countries, including Canada.

The hemp plastic used by Henry Ford was ten times stronger than steel. Old photos and movies show Henry Ford smashing the front of his car with a sledge hammer to prove this fact. Hemp based plastic is also cheaper to produce and is biodegradable because it does not rely on petroleum as its source. Recently, a Canadian research team developed a hemp-based graphene that is stronger and cheaper than carbon fiber, which is 300 times stronger than steel. This same team also developed a hemp-based supercapacitor that outperforms standard supercapacitors by nearly 200% at one thousandth the price.

Hemp has been shown to be far superior to cotton as a fabric. If you research this plant more intensively, you may start to realize as I do, this is a miracle plant! Industrial hemp, which contains less than .03 percent THC, the active ingredient in marijuana, has an incredible number of applications.

Many products may have some percentage of hemp in them already. Items containing hemp can include medicines, essential oils, nutritional supplements, food, paper products, body care products, construction (hempcrete), livestock feed, and livestock bedding. One hemp entrepreneur said hemp can be anything from “Legos to Lamborghinis.”

Currently, there has been a push to accelerate logging all over our country, from state forests to state parks as well as national forests. An article in the September 2018 Anchorage Daily News reported that the U.S. Forest  Service has reversed a 2016 decision that phased out old growth logging in the Tongass National Forest. In apparent disregard for the damage to fish and wildlife habitat, the USFS felt that the logging would boost the local economy and has opened up the old growth area to allow timbering of 225 million board feet. However, Pat Lavin of the Defenders of Wildlife said most of the timber would not be milled locally but rather exported.

Hemp is one of the strongest fibers on the planet and could be a replacement for composite wood. No surprise here as hemp has been cultivated for more than 10,000 years. Hemp fabric has even been found wrapped around a baby skeleton in ancient ruins of a city in Turkey. Hemp was also used in cellophane film and as a compostable styrofoam in pre-1930s before the hemp ban.

Because the long fibers are so strong, hemp is easily a better construction material than wood. It is lighter, holds nails better, and can be used to make hemp particle board and hemcrete, a type of concrete made of the inner woody core of hemp mixed with a lime binder.

Hemp is also an excellent replacement for wood pulp used to make paper. According to a 2015 journal article in Forestry and Technology, an acre of hemp produced four times as much fiber as an acre of trees and can be re-cut in four months rather than 20-80 years. It is also much stronger and does not yellow with age. The Declaration of Independence was written on hemp paper.

Unlike trees, hemp is an annual crop and can be grown in most states. It is said to be a great replacement for tobacco fields. In Kentucky, where it is becoming more profitable, it can be grown organically without major inputs of pesticides and herbicides. Kentucky, like many other states, is defying federal laws which prohibit commercial growing. These states are pushing for a reversal of the 1937 laws.

Ironically, Forbes Magazine reported that the U.S. Senate adopted a measure in June to “recognize the growing economic potential of industrial hemp.” The article also stated that “the U.S. is the largest consumer of hemp products in the world yet is the only major industrialized country that restricts hemp farming.

Recently, several studies spoke to the enormous problems that plastics are creating in our lives. Not only are they major pollutants in our oceans, but they are in our bodies as well, playing havoc with our endocrine and immune systems. While, for the foreseeable future, it would be nearly impossible for us to abandon all uses of petroleum based plastics, biodegradable hemp plastics can be used in many areas. This is  especially true for single-use-only applications such as food packaging, a category that uses up to forty percent of all plastic manufactured.

Why are we on the verge of spending billions of dollars to build a proposed enormous petrochemical complex in the Ohio Valley to produce more non-biodegradable plastics? Why would we risking the health of our children? Why are our politicians so eager to accept the externalities (such as air and water pollution) of petro-chemicals and make our Ohio Valley the Cancer Valley? Wouldn’t it be better to embark on a major hemp production project that could lift local economies out of poverty without destroying the land, air and water they depend on? 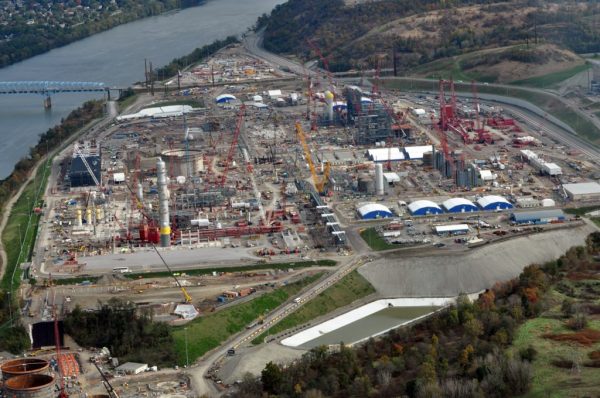 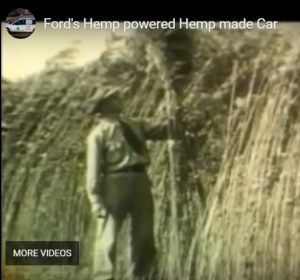