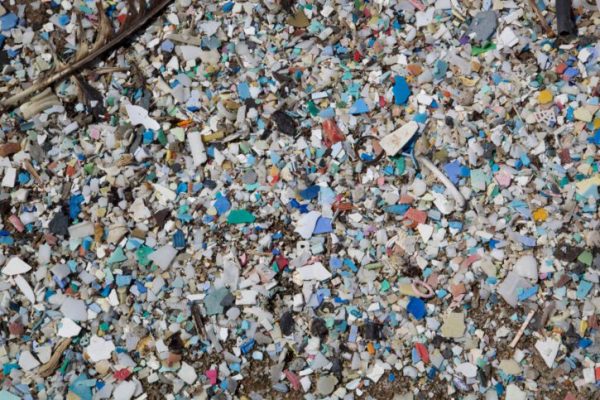 Our rural location does not have curb-side recycling, so our family takes our recycled materials to the bins located in the closest big city. My husband meticulously cleans out all the recyclable jars, cans and bottles. He sorts all the paper and cardboard. Our dining room is like a mini-recycling center.

The bins we use have detailed directions that even our cats could probably understand, yet when we pull up, we find all sorts of “illegal” materials in the bins. During the most recent trip last week, we found mixed items, cardboard with paper, glass with plastic. I guess we shouldn’t be surprised as many people tend to take the easy way out in any endeavor.

Some of you might say, “Well, at least they are trying to recycle.” But, by mixing items, they may have rendered that load useless and it might end up as trash. Recycling can be a win-win effort if we all adhered to the rules. I have seen recycling operations in states like Connecticut where you drive your car up to the location and sort all recycles yourself which then go directly into trucks. They require plastic be placed in the correct code (1 thru 7) and glass, steel, aluminum, paper, and cardboard all have their places as well.

Some countries like Germany and states like New Hampshire use an instant reward system. When I attended college in Keene, New Hampshire, the pop machines had a place to insert the used bottle and once inserted, out popped some coins. It takes a little effort to recycle properly. Do I think it’s worth it? I sure do.

When I worked at the Research Center of National Steel, about 25-30 percent of the materials used to make each “batch” of steel was recycled or scrap steel. That scrap might be cans, appliances, and even car parts. It was added to the basic oxygen furnace along with other raw materials. This process ended in the creation of brand-new steel.

Steel, aluminum, and glass are alike in that they can be recycled endlessly. Usually, recycling requires less energy. Since recycled glass must still be reheated to create new products the energy savings is about 10-15 percent. When aluminum metal is manufactured from ore, bauxite, it requires extensive amounts of energy. However, when aluminum is recycled it only requires a small amount of energy to re-melt the metal with a net energy savings of 94 percent. Recycled materials do not use virgin feedstock, which cuts back on mining of ores or logging trees for paper.

Another problem with plastic is that much of it is plastic packaging; clamshells, films, and bags. Things that do not lend themselves to easy recycling. Forty percent of all plastic made today is used for packaging, and much is used for food packaging. Walk into any grocery store, especially the produce aisle, and you’ll see the ridiculous amounts of plastic. There are plastic wraps around broccoli, cauliflower, and celery; green peppers and bananas on Styrofoam trays wrapped in plastic; and kiwis are in pre-formed plastic clamshells like eggs in a carton. They’ve even placed a plastic pour spout in our milk containers.

We can live without this unnecessary and unrecyclable plastic. Zero waste stores are becoming very popular in Europe. There are several in Ohio and West Virginia as well. You can buy in bulk and bring your own containers or purchase items with a minimal amount of packaging; much like what our great grandparents did in the 1940s.

Yet, the plastics industry keeps pushing the narrative that we need more plastic, hence the plan to build up to five plastic-making cracker plants in the Ohio River Valley. Sadly, it is estimated that by 2050, plastics will make up twenty percent of earth’s carbon budget. Every stage of the life-cycle of plastic releases carbon emissions.

Now, to the ugly part of recycling. It is now being used as a PR stunt to continue justifying plastic production. In a new campaign dubbed, “alliance to end plastic wastes” the petrochemical industry is trying to spin the belief that all we need is more recycling and this will solve our plastic waste problems.

However, a recent article in The Guardian says that even with some new actions like China’s ban on single-use plastics as well as EU plan to also reduce single-use, the amount of plastic wastes entering our oceans will triple in 20 years. The current yearly rate of plastic wastes entering our oceans is 11 million tons. Once plastic reaches the sea, it is nearly impossible to recover any significant amount.

“Of the 9.1 billion tons of plastic that has produced, 6.9 billion tons have become plastic waste.” Only 9 percent has been recycled, 12 percent was incinerated, and 79 percent ended up in landfills or the environment. I am old enough to remember the Keep America Beautiful anti-litter campaign of the 1970s. Backed by the beverage industry, it was a slick ploy to push public support of plastic beverage bottles by passing off the responsibility of litter control to consumers. Common sense would now ask how successful has recycling been if after nearly fifty years, we only recycle nine percent of our plastic waste.

In a world drowning in plastic, common sense would dictate that we need to significantly cut down on our production of single-use plastics. According to the Ocean Conservancy, which monitors litter on beaches worldwide, the ten most common items of litter picked up by volunteers were made of plastic. This included cigarette butts, food wrappers, drink bottles, caps and grocery bags.

While recycling has its place and is a great idea, history proves that at least in the USA, people, corporations, and the government are still unable or unwilling to take the subject seriously, and this means eventually our landfills will reach their capacity. Our planet’s ecosystems are already showing massive biodiversity declines and damage as plastic wastes enter our food webs.

We cannot recycle our way out of this mess. If your bathtub were overflowing with water, what would you do? Try to bail it out with a cup or turn off the tap? We need to turn off the tap of plastic packaging. 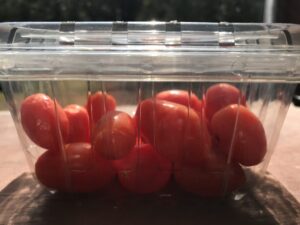