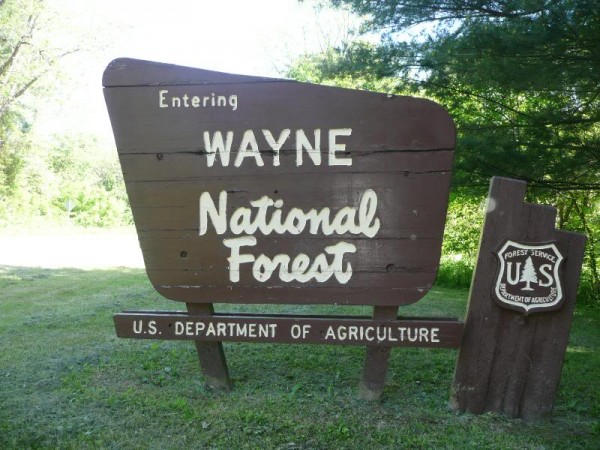 Back in 1997, my sister, brother in-law, husband, and I became part of what is now known as the East Liverpool 35 SLAPP Suit.  A SLAPP suit is an acronym for a legal action that means Strategic Lawsuits against Public Participation. This suit was filed by the then Waste Technologies Industries (now known as Thermal Heritage) in East Liverpool, Ohio. WTI was seeking $34 million in damages from us for “abuse of process, defamation, frivolous conduct and interference with business activities.”

It came at a time when my mother was fighting stage four colon cancer and my dad was dying from skin cancer. I can tell you that opening a letter to find you and your spouse are being sued for two million dollars had a very sobering effect; quite frankly, it scared the heck out of us.

We were both part of a larger group of local citizens who were worried about this plant located on the shore of the Ohio River, adjacent to an elementary school building. I was especially concerned that their permit allowed for the release of more than four tons of lead a year. In addition, they were storing and incinerating thousands of pounds of some of the most toxic substances known.

Our efforts to halt construction included: writing letters, carrying signs outside the plant, speaking on radio and television programs, and trying to get the attention and help of local, state and federal regulatory agencies and politicians.

Long story short, the SLAPP suit was dropped, but the incinerator went on line, and it’s still burning hazardous wastes today. There have been multiple incidents and accidents, but the facility continues to incinerate massive amounts of hazardous waste spewing out pollutants such as dioxin and heavy metals to rain down on the Ohio River Valley.

For a while after the lawsuit, I was afraid to speak out about anything. But, I realized that this is the intent of these types of lawsuits. It is a tactic to silence citizens and gives corporations more power over us. So, as you can see it didn’t silence me for very long. In fact it gave me the motivation I needed to pursue my doctorate degree.

I find it unacceptable that today, citizens have fewer rights than ever before. When someone sees an injustice in the world it is a moral obligation for them to speak up as a human being helping out a fellow human being. They shouldn’t be maced, have attack dogs sent after them, be shot by rubber bullets, or have painful high frequency sound blasted at them. However, this is what is happening to peaceful water protectors at Standing Rock, North Dakota.

Soon, people in Southeastern Ohio may have their own “Standing Rock” episode as the Federal Government will auction off leasing rights to oil and gas companies for 1600 acres in Ohio’s only national forest, Wayne National Forest. This auction will allow the leasing and fracking of public lands.

I am beyond disturbed over this latest plan to allow the Federal government and corporations to make money by taking what belongs to the citizens of this state. Make no mistake, even though Dean Gettinger, district manager for the Bureau of Land Management issued a “no significant impact” finding, the forest will never be the same once fracking has taken place.

One has to ask why, why at a time when we have 241 million barrels of gasoline in storage, better gas mileage cars and more affordable solar and wind power; do we still keep allowing our land to be raped by oil and gas corporations?

Studies from forested regions in Pennsylvania have shown that fracking causes radioactive contamination in watersheds. Fracking creates fragmentation of forest landscapes. Fracking machinery introduces non-native seed banks and plants. Fracking machinery will crush the roots and bulbs of woodland species like ginseng, black cohosh and trillium. Fracking well pads contaminate the area around them with organic solvents and other petroleum based chemicals. Fracking uses millions of gallons of fresh water in the process. Fracking creates millions of gallons of radioactive, chemical laced produced water which in some cases is spread over rural roads. Fracking causes fugitive air emissions of green house gases like methane and other hydrocarbons. Fracking will create noise and light pollution in a region that is home to the endangered Indiana Bat and the Cerulean Warbler.

I could go on and on but it goes without saying this process is not one that we need to have happen anywhere least of all in the middle of some of our most biologically diverse forests.

The trees and wildlife in Wayne National Forest cannot speak for themselves. It is we, the citizens, who need to make our voices heard. We will not stand for corporations spoiling more of our precious resources.

It is never easy to speak up, to speak truth to power. I know for I have lost friends and been the subject of ridicule for my beliefs. However, when I look at all that can be and will be lost if this is allowed to happen, I realize there are causes we must fight for regardless of the price.

Like the Native Americans at Standing Rock, we must take a stand for our only National Forest in Ohio. We have everything to lose. Once their money is made, these corporations will leave the state and the environmental externalities will become our responsibility as taxpayers.

The auction is set to take place on December 13. Formal protests must be faxed or snail mailed to be received by November 14. Comments must list the parcels being protested. Address and instructions at:

Write your local, state and federal officials, email them, visit the Governor’s Facebook page. Share this story. Just do something to stand up for the Wayne National Forest. It’s counting on you!

BLM documents on this travesty are here.

Your personalized comments are always best, but there are ways to comment online. For instance:

SAVE WAYNE NATIONAL FOREST FROM OIL AND GAS DEVELOPMENT

The Bureau of Land Management recently proposed putting 40,000 acres of Wayne National Forest (Ohio’s only National Forest) up for auction for oil and gas development.

However, their draft Environmental Assessment is completely inadequate, and fails to consider several obvious and foreseeable environmental impacts of the proposed development.

Fortunately, the U.S. Forest Service (USFS) still has the power to reject this proposal, by denying the consent required under federal law before the BLM can proceed with any auction of leases.

Use this form to send a message to the USFS officials responsible for the Wayne National Forest, and ask them to deny consent to the BLM to proceed with the proposed auction.

Some News and Opinion on This Matter:

Feds to Auction Off Ohio’s Only National Forest to Fracking

Wayne forest could be used for fracking