The black goo, (laden with heavy metals present in coal and coal cleaning chemicals and who-know what-they-dump-in-those-impoundments) poured into Coldwater and Wolf Creeks and oozed down the Tug Fork and Big Sandy Rivers, into the Ohio, traveling 100 miles, closing down community water supplies and devastating aquatic life. The disaster “helped” place the Big Sandy on American Rivers’ Most Endangered Rivers list.

Residents are upset about the slow pace of the clean-up. Some still can’t drink their well water. Septic systems are not working. What’s left of stream bank vegetation isn’t healthy. People are worried about their health.

Still, Massey Energy insists they are a good corporate neighbor.

On the one-year anniversary of the catastrophe Massey called “an act of God,” we (about 100 representatives of OVEC, Student Activism for the Environment, Coal River Mountain Watch, Citizens’ Coal Council, WV Rivers Coalition, WV Highland Conservancy, Kentuckians for the Commonwealth, Kentucky Sierra Club and the United Mine Workers of America) decided to drop by Massey headquarters to tell Massey to clean up its act. (Note: So far, the UMW does NOT support the environmentalists’ drive for a ban on mountaintop removal, but the union certainly agrees with us that Massey Energy is bad for labor and the environment.)

Nowadays, Massey tries hard at public relations (line1washing), even though their spokesman is frequently unavailable for comment. But, back before they were so PR slick, they inadvertently let the truth out. 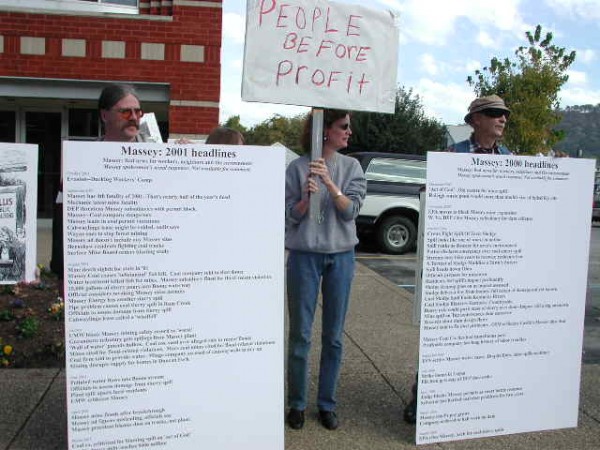 OVEC members stand outside Massey headquarters to remind the company of all its misdeeds. The giant placards list just some of the news stories abo… 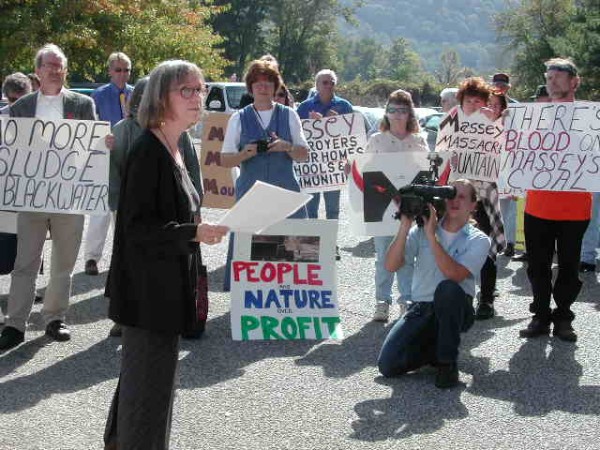 OVEC’s Janet Fout reminds the crowd, including all area TV stations and newspapers, that fighting to save our mountains is fighting for homeland se… 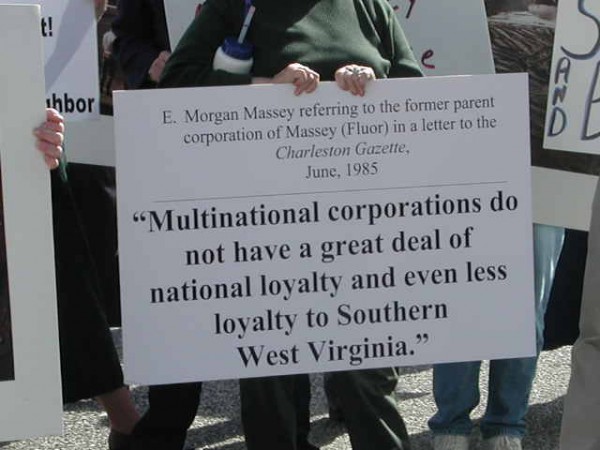 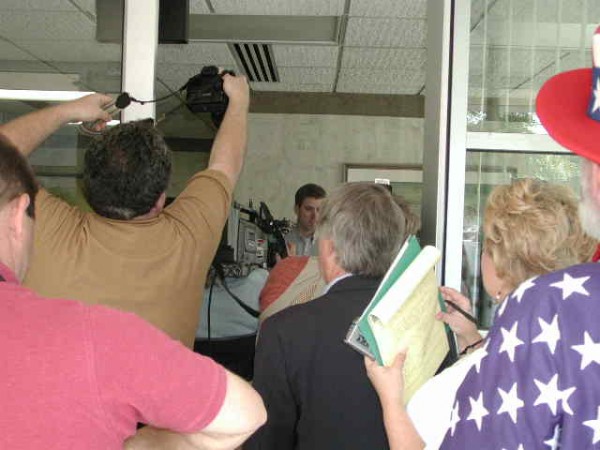 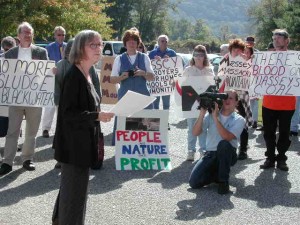