If you haven’t already, please read the first entry in this series:

#Fracking #Pipelines in Your Neighborhood: Intro to a Dirty Picture Collection

Also see the companion blogs, all listed at the above link.

Pipeline construction makes mud, which makes it way onto public roadways. My neighbors and I encountered this problem from the beginning of the OVC construction until final clean up, at almost every work site, laydown yard, and road crossing.

Pipeline contractors would allow mud on their vehicles to be dragged out onto our roads. Another, as FERC would say, “temporary inconvenience” which lasted 11 months.

Workers, when being watched and photographed, would usually clean up after themselves, but it never seemed to occur to company supervisors to bring in matting timbers first to keep all equipment and employees’ trucks out of the mud to begin with.

Muddy work areas started the vicious circle in which the pipeline guys would stop all local traffic to clean up after themselves. And then the residue dried and turned to dust. At which time they would again stop all traffic to run a power road brush.

All employee trucks here were frequently coated with right-of-way mud and access road mud, which would then be deposited and spread on our public roadways. The road were spread with mud droppings, plus a muddy slime whenever it rained. 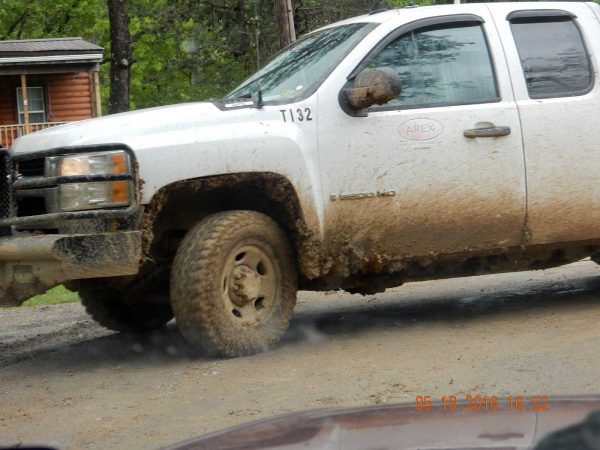 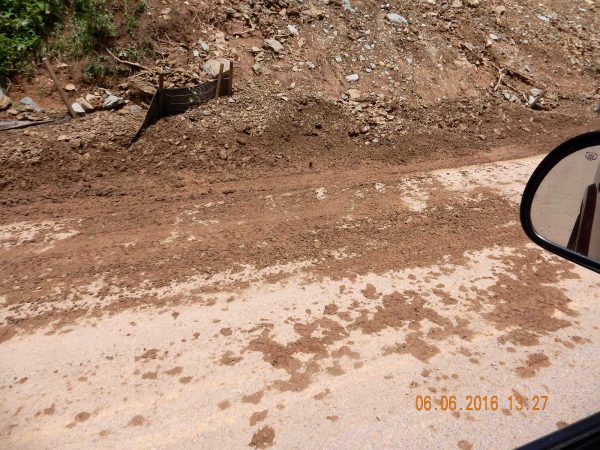 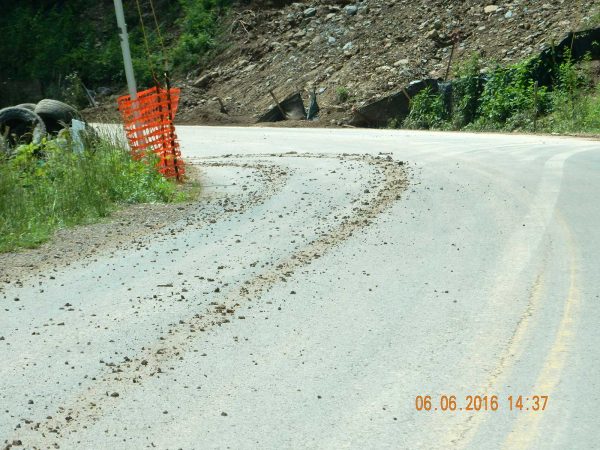 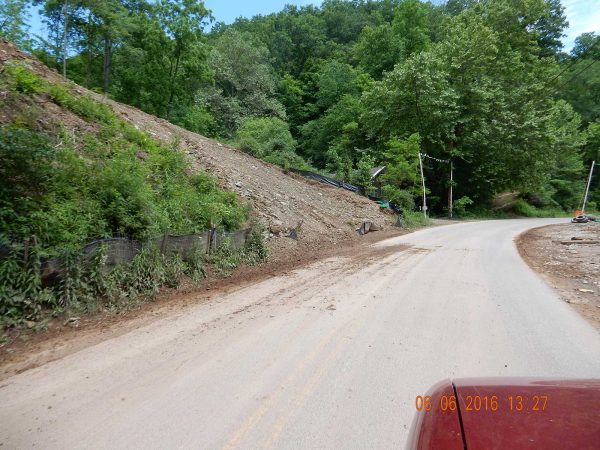 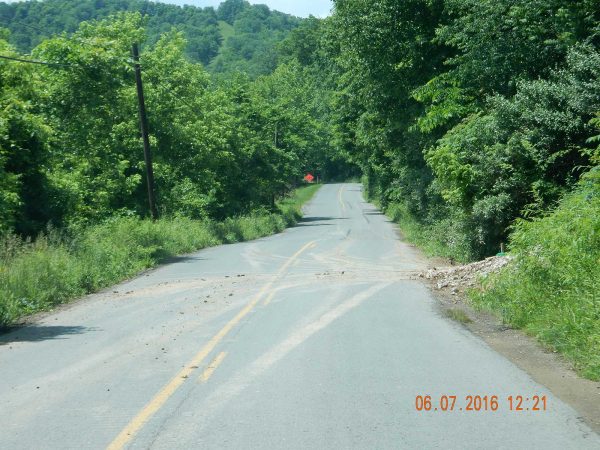 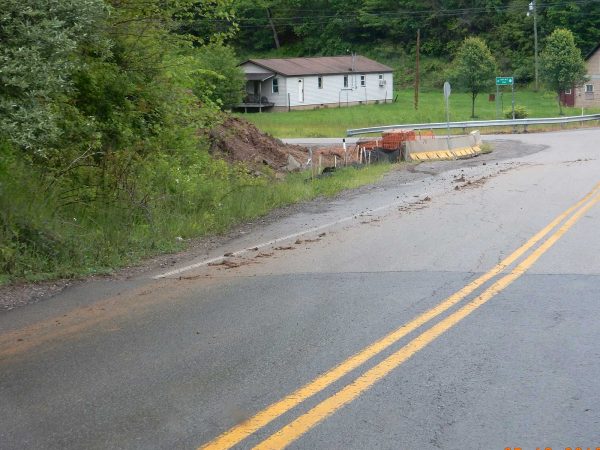 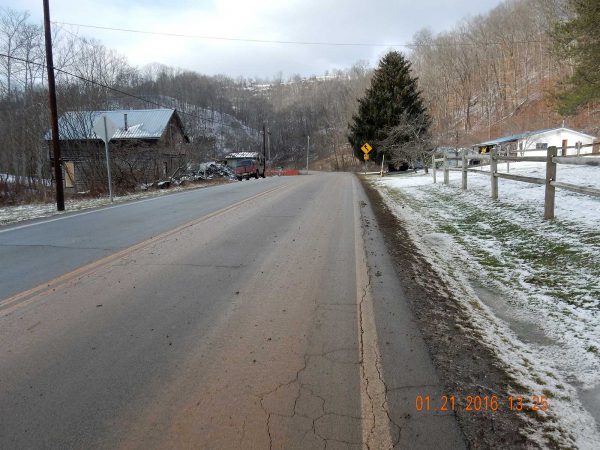 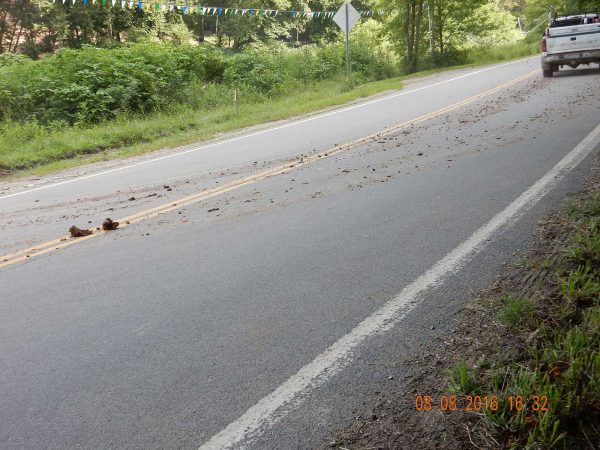 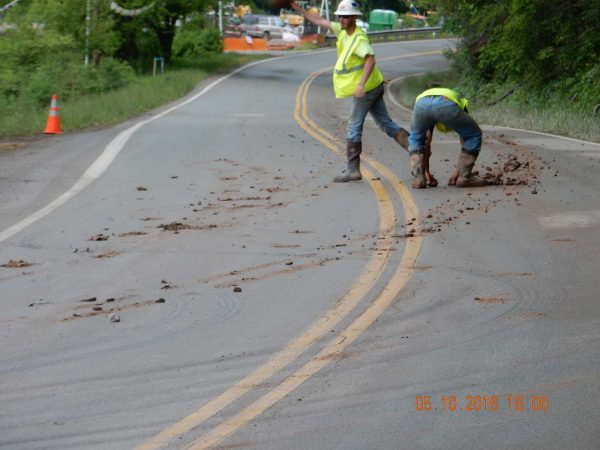 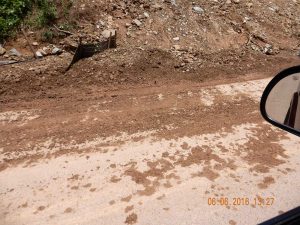