To unlock gas (consisting mostly of methane) in deep shale formations, a very deep well is drilled (depth varies depending on location and shale formation). Once a well is drilled, the hydraulic fracturing process (fracking) begins. For this process, thousands of tons of silica sand are mixed with millions of gallons of valuable water and added to thousands of gallon of fracturing chemical. This sand/water/chemical mixture is then pumped under very high pressure down the well casing, causing the tight shale to fracture.

The sand is the proppant — it props open, or holds open the cracks formed in the black shale rock. However the silica dust you see in the photos below will never make it down hole to the shale where is should be to do its job. What you see in these photos is fugitive dust. It is lost to the whims of the wind and blown all around the neighborhood. Our neighborhood. It is a very fine powder, and travels far. It will drop onto hay fields, too. Maybe the cattle and horses do not mind. Do you think the gas companies considered them?

This silica release (see photos below) in usually occurring when the “sand can” trucks deliver the sand to the frac site, then blow the product into waiting storage containers on the well pad. (The sand is mined in places like southeast Minnesota, and that frac sand mining is creating yet another extraction nightmare for communities nearby.)

This released material is totally an unregulated discharge of dust particles. Rock quarries and rock crushers and cement plants usually require an air quality permit and should therefore limit the amount of dust released into our common air. Again, since this is an oil and gas, portable, temporary operation it is mostly and unfortunately, exempt. The silica dust release might be temporary but if one get silicosis from it, it most likely will be neither pleasant nor temporary.

Learn more about silicosis in this article by Deborah Griffith. She notes:

Silicosis is a progressive fibrosis of the lungs, caused by inhaling pulverized silica dioxide. It is incurable and nearly always fatal…

Acute silicosis, such as afflicted the Hawk’s Nest workers, is caused by heavy exposure to crystalline silica over a short time, and its incubation period is a matter of months. However, simple silicosis can remain latent for 10 years or more. Given the rapidly increasing ranks of well workers exposed — and many far over-exposed — to crystalline silica, that fact is truly frightening. If measures aren’t taken to protect these workers now, another enormous tragedy is likely lurking in our future. 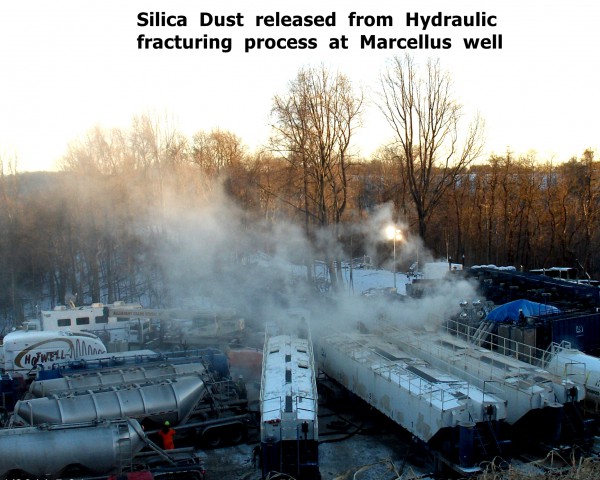 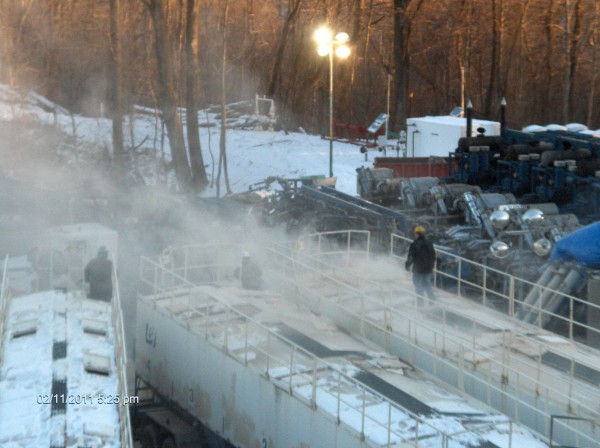 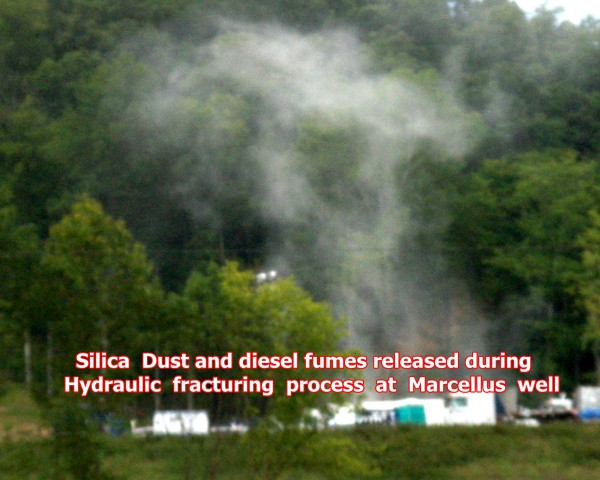 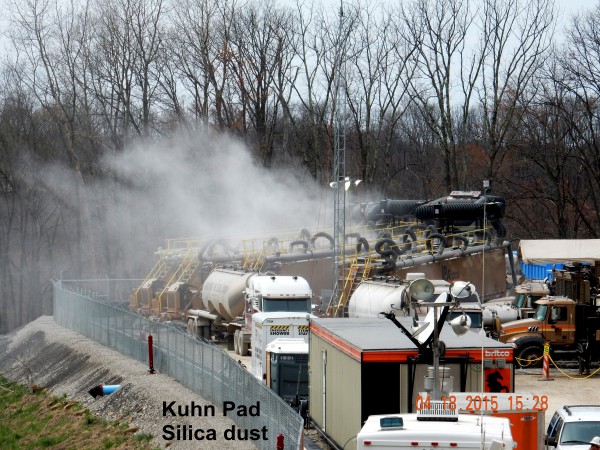 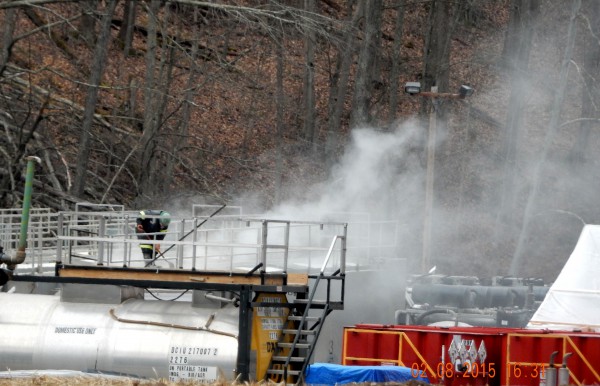 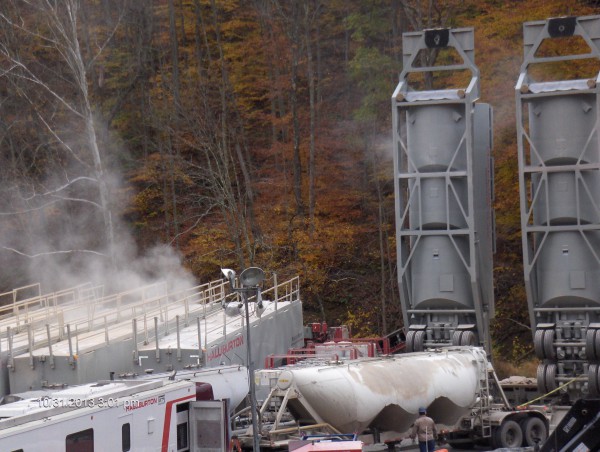 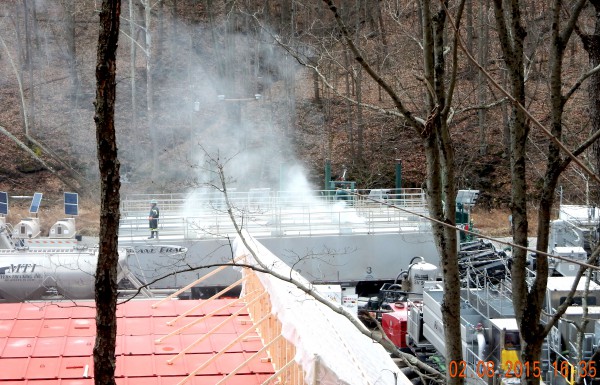 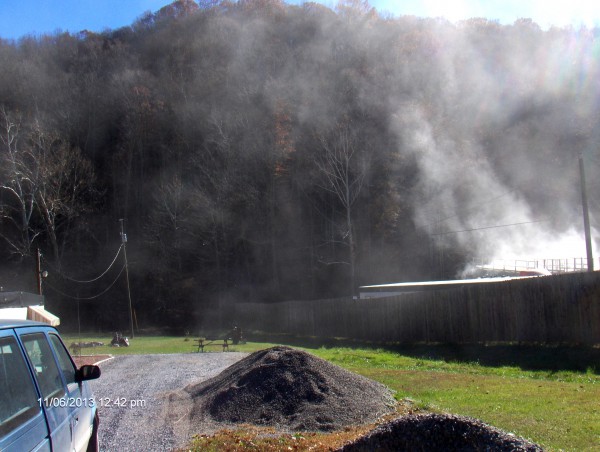 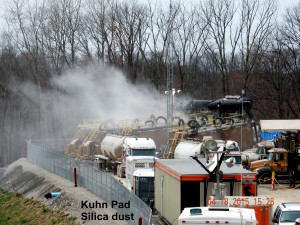