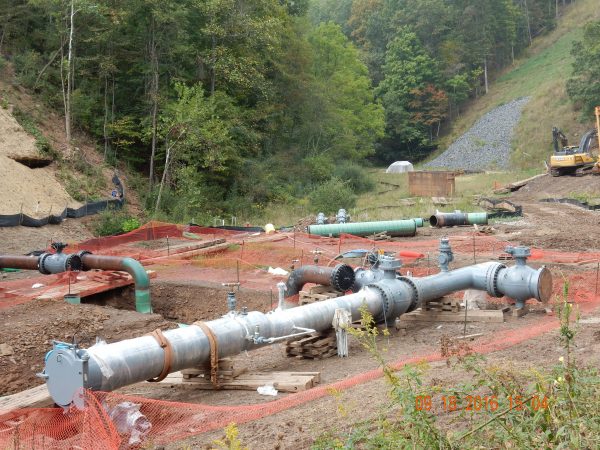 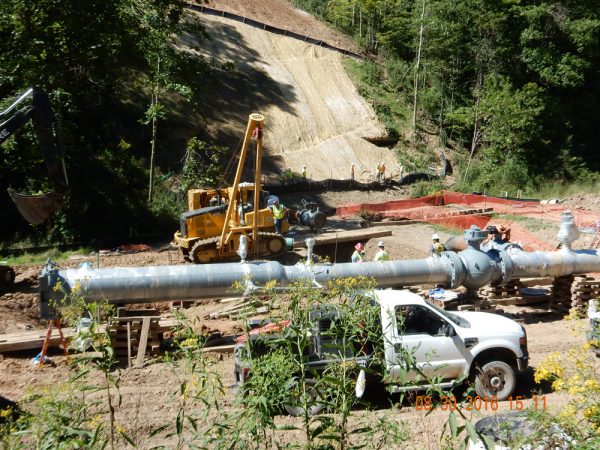 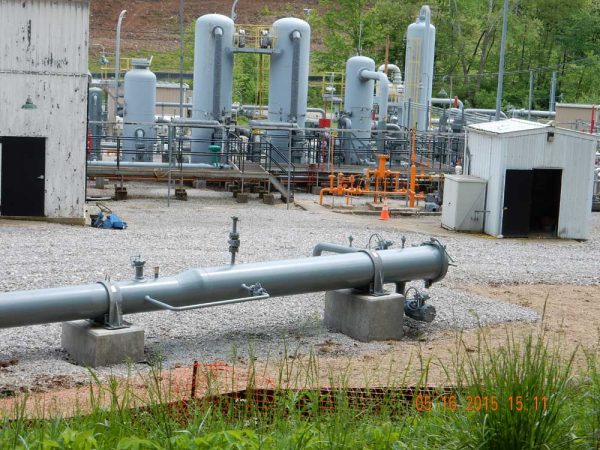 About 20 miles from my mailbox, where the EQT Ohio Valley Connector Pipeline (OVC) begins, at mile post zero, we have the lovely view you see in the shots above. This contraption, in Mobely, WV, is a pig launcher (and also receiver). You may ask: What is a pig in this scenario and why does it need launched? (Here’s what Wikipedia has to say about pigging.)

The way I understand the pipeline finishing process is that after the pipes are welded together, and

all welds are x-rayed, then the pipeline is hydro-tested, that is, the pipeline is filled with clean water. The line is pressured up beyond the expected MAOP (maximum average operating pressure).

Next, all the water is removed. It is rusty water by then. This is where the pigs come in, many pigs. In this testing of the OVC, EQT used more than a hundred of them. That blue thing at left is one type of pig.

The pig has to hurtle along inside 10 to 20 miles of pipe. Hence the launcher.  At left are some fellas loading the pig into the launcher.

As the process is underway, the EQT inspector cuts some of the pigs open, as in the photo at left, to see how much rusty water it has picked up. That process will only stop when very little residual rusty water is being picked up.

Below, left, are several dirty pigs, after they’ve done their job. Dirty pigs pile up the waste, as you can see from this pile of foam pigs, below right, which are launched separately from the blue pigs. 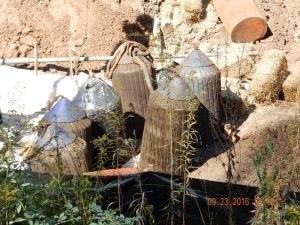 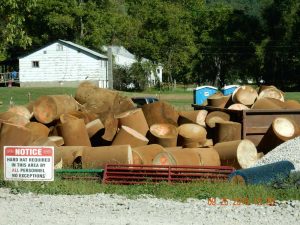 Once the pigs are exiting the far end of the pipe clean, then the workers fill the line with dry air. Air compressors pump up the air, and the air is run thru a drier. The blue contraption below is the drier, and behind it are the numerous air compressors needed for this operation. 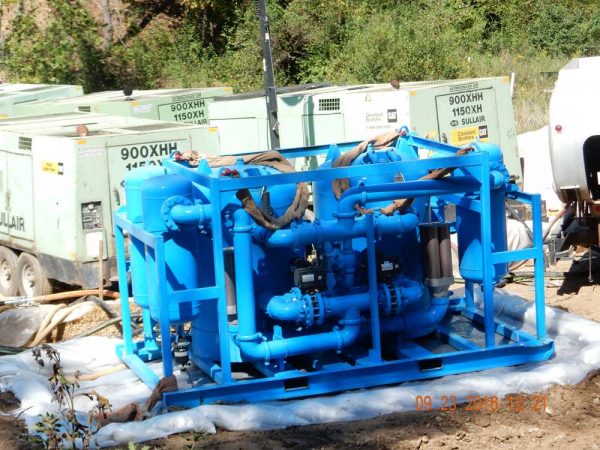 The air exiting the pipe is sampled and tested for moisture content. When the moisture content is low enough, then the complete pipeline is filled with nitrogen, which absorbs more of any remaining moisture. At left are a couple of the trucks that brought in liquid nitrogen for this particular test (click the photo to open a larger view of the image).

Pig launchers should be used regularly for maintenance and diagnostics. For those applications different pigs than the ones pictured here would be used.

Below, another shot of Mobely, WV, birthplace of pipelines. EQT probably has dozens of pig launchers and receivers in the Mobely area. 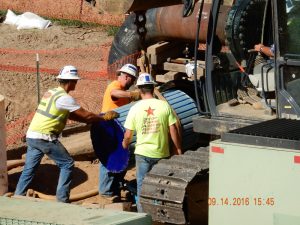