Join us on Saturday, April 29 for the Peoples Climate March Sister Rally and March in Huntington, WV. OVEC, the Marshall University Native American Student Organization (NASO), Organizing for Action (OFA), and the WV Citizens Climate Lobby (CCL) are organizing this event. Does your group want to join in? If so, contact Robin Blakeman at robin@ohvec.org. 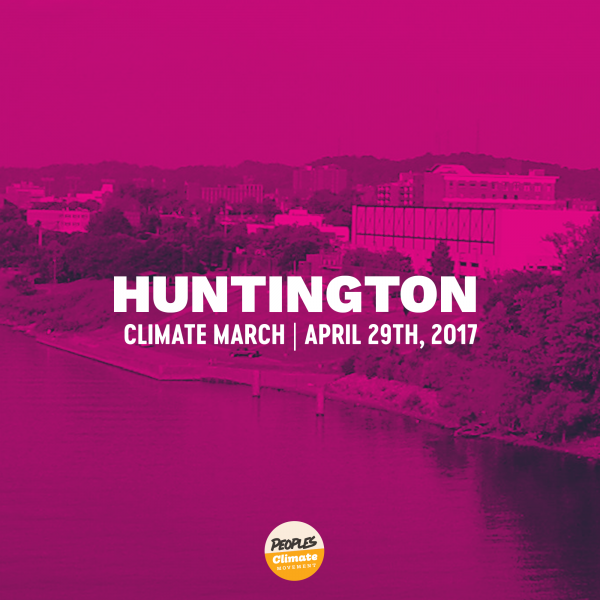 PCM Huntington will include family friendly activities, speakers, music, information on local, regional, national, and global climate issues. Come out to Heritage Station and join in the march around the downtown area. Come celebrate your love for Huntington, the Ohio River, and the Earth!

In solidarity with people gathering in Washington D.C. for the main Peoples Climate March, local, allied organizations are holding this sister rally and march in downtown Huntington, WV.

All West Virginians and Tri-State area residents are urged to find the march nearest to their homes and join in. Carpool with friends and family.

The WV marches have the potential to send a powerful message to our elected representatives.

We are all threatened by climate change, and the only way to avert the worst consequences is to halt new fossil fuel projects, and transition rapidly to a clean, renewable energy economy—which will also generate more jobs than the deadly fossil-fuel-based business as usual.

We in Appalachia know all too well what it is to have safe drinking water threatened—or destroyed—by fossil fuel projects. We know how it feels to watch our elected officials and agencies scramble to defend the energy corporations—not us. We know how it feels to be regarded as a low-class, low-population culture whose health is a low priority. We, therefore, stand in solidarity with people worldwide who are demanding an end to climate denial and immediate, widespread climate change action, especially for those who are already experiencing dramatic, even catastrophic effects of climate change in their communities.

Note:     OVEC is celebrating its 30th anniversary the weekend of April 28-30. Details here. 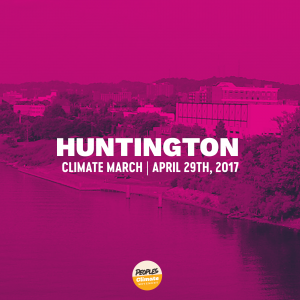