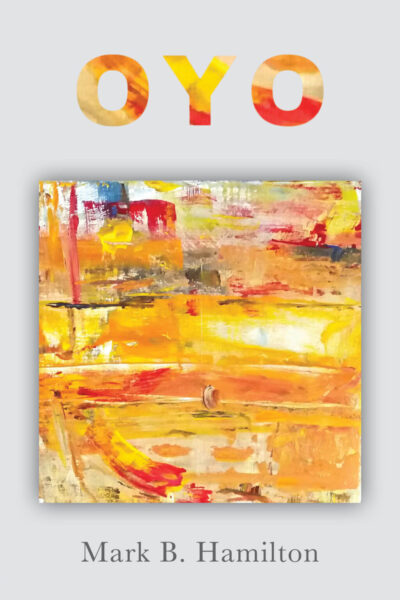 The following is a review of OYO, The Beautiful River, by Mark B. Hamilton, Shanti Arts Publishing, Brunswick ME 2020

The Ohio, or as the Iroquois called it, OYO, is a river which starts in Pittsburgh, PA, flowing northeast to southwest and forming parts of the boundaries of Pennsylvania, Ohio, West Virginia, Kentucky, Indiana, and Illinois, ending at Cairo, IL, and the Mississippi River, 981 miles later.

The river was considered one of the most polluted American rivers in 2015 by the EPA.

However, this did not deter environmentalist and award-winning poet Mark Hamilton, who calls
himself a “river roustabout,” from taking his dory, Pelican, and adventuring along its length. He
found much to admire along the way.

OYO is a book of poetry, and the imagery Hamilton expresses will not be lost on anyone who
has ever admired the force and beauty of a river.

Rilke writes, “…because truly being here is so much, because everything here apparently needs us…”, are words that Hamilton has used to introduce his meaning of why he wanted to be on the OYO and experience its life.

And, the life of the Ohio is “strange” as Hamilton writes, in its beauty and diversity, the
“invisible” made evident through the experience of being on it.

The imagery is stunning and encompassing, as Hamilton writes of the fauna and flora he sees,
and the flotsam and jetsom. The reader will feel the joys of discovering beavers and blackbirds,
cicadas and catfish, elm and cottonwood and maples, of “surf and slog.”

He glides us down past the ugly awe of black smoking stacks, the loneliness of drifting buoys, coal mountains piled along banks, and the areas of Alcoa factories and Southern Gas and Electric power plants where he could find no birds, and places where he found dead fish floating in sewage.

There are many unanticipated events waiting to unfold when living on a river for a protracted
time, and the shock of finding a lifeless human body afloat is one of them, as Hamilton attests.

The dark places notwithstanding, Hamilton finds so much more to admire. He sees exuberance in the “luscious soul green water” flowing fast and slow, shallow and deep, past falls and cliffs, and trees as “glimpses and whispers”….

The Ohio “sings a forever song,” and Hamilton’s book is a song of homage to it.

Hamilton writes, “Sometimes, life is more than we expect.”

Reading through OYO, and rereading it, will give the reader a sense of how one person’s experience has revealed more than what was expected. It will be a lovely journey for anyone who has a spirit of adventure, loves rivers, natural life, and words. 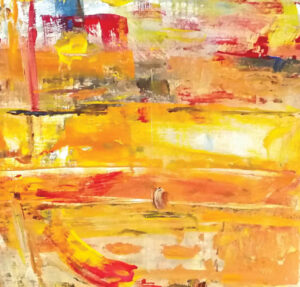