Back in 1995, a group of middle school children and their teacher made an odd discovery while on a field trip in rural Minnesota. A small pond they were visiting, Ney Pond, had a substantial population of deformed leopard frogs. Their teacher informed the Minnesota Pollution Control Agency. This agency studied the frog population in the pond and reported that 30 to 40 percent of the frogs were deformed.

News of this discovery spread quickly and soon accounts of deformed frogs were coming in from all over the world. Deformities included: missing limbs, extra limbs, missing and extra eyes, and missing digits. Scientific studies pointed to three possible causes: UV radiation, chemical contamination, or a parasitic infection caused by a trematode, now known to be Ribeiroia ondatrae. This flatworm enters the tadpoles and causes limb deformities.

While the trematode seemed to be the most likely cause of deformities, it was noted that man-made habitat damage has increased the susceptibility of amphibians to diseases and parasites. This is the case with ultraviolet radiation from the sun. A decrease in stratospheric ozone, coupled with climate change and lake acidification has caused amphibians to be more affected by UVB radiation; radiation that can harm biological organisms and is emitted in the range of 290 to 320 nanometers.

The ozone layer is about as thick as the line from an Expo marker (3 millimeters). It acts as a sunscreen for our planet blocking much of the incoming radiation from the sun. Without this layer we would quickly cook from exposure to ultraviolet and cosmic radiation. A recent report said Astronaut Scott Kelly has experienced a change is his DNA from radiation exposure due to being in space for a year.

During the 1970s, scientists Mario Molina and Sherwood Roland discovered that man-made compounds called chlorofluorocarbons (CFCs) had the ability to destroy ozone in the Earth’s atmosphere. At that time, there was a hole as large as North America in the layer.

These CFC compounds were found in billions of dollars worth of refrigerants and other products such as hair and deodorant sprays. The scientists warned that if immediate action was not taken “the sun’s radiation would dissipate the ozone layer and radiation would cause an epidemic of skin cancer, the collapse of agriculture, and the eventual destruction of entire ecosystems.”

The new PBS documentary, “Ozone Hole: How We Saved the Planet,” tells the amazing story of how the USA and the rest of the world came together to tackle this problem. Using technology and the 1987 Montreal Protocol, an international treaty signed by130 countries; the world began a phase out of CFCs and started to develop replacement compounds.

We will not see a complete healing of the hole in the ozone layer for decades. Chlorofluorocarbons (CFC) have a significant lifespan so they will still be around attacking ozone molecules for a long time.

Unlike humans, most species are constantly exposed to sunlight. They cannot go indoors or put on sunscreen when they are in this source of radiation. This exposure, along with other changes in their habitat, such as chemical pollutants in ponds and other waterways, has taken a significant toll on amphibian populations around the globe.

AmphibiaWeb.org is an excellent online source of information about amphibians, a group of vertebrates containing over 7000 known species. Amphibians have been around for about 300 million years and include: frogs, toads, newts and salamanders. A 2005 global assessment found that more than 30 percent of the world’s population of amphibians was threatened, 43 percent were declining, and 168 species have gone extinct.

Brazil, home to most of the Amazon Rain Forest, is the country with the most species of amphibians, over 2200, but it also has the most number of threatened species; around 400. Unfortunately, the newly elected President of Brazil, Jair Bolsanaro, has pledged to open up the forest to logging, farming, and mining. Brazil has seen a rise in deforestation in the past five years according to a recent article in National Geographic. 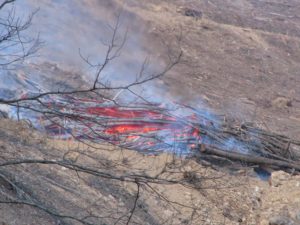 Habitat destruction is the most important factor when it comes to species loss and if 860,000 acres of the Amazon are opened to destructive practices this could drive many threatened species towards extinction.

A newly identified disease, Chytridiomycosis, is also affecting amphibians. It is caused by the fungal chytrid pathogen Batrachochytrium dendrobatidis. This disease may be responsible for the largest loss of amphibian diversity in recorded history.

Climate change has been cited as a reason why Chytridiomycosis is becoming more prevalent in amphibian habitat. “Because of their permeable skin, biphasic lifecycles and unshelled eggs, amphibians are extremely sensitive to small changes in temperature and moisture” according to an article in Diversity and Distributions. The hotter temperatures allow the disease to flourish according to a recent National Wildlife article.

Mating times are shifting as a result of climate change too. Spring Peepers and American Bullfrogs have been breeding earlier due to warmer spring time temperatures. Sudden drops in temperatures or a flood event can affect these species as they are emerging earlier each year. In South America, hotter temperatures and less rain are forcing species to relocate to areas where there is more competition and fewer habitats.

The largest salamander in North America, the Hellbender is found in all three states. All three states are also involved in programs that are raising and then re-introducing these salamanders to wild areas. The program at West Liberty University in West Virginia  works with the WV DNR to bring clutches of eggs back to the lab where they stand a much better chance of survival.

Like Brazil, habitat loss is affecting this species. Greg Lipps, an Ohio State researcher studies the Hellbender. According to Lipps, the brown salamander can live up to 35 years and grow to two feet long. It is “so ugly it is cute.” 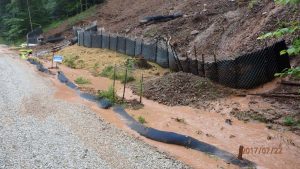 A 2006 population study has shown an 82 percent drop in Ohio Hellbender populations. “There just weren’t many young Hellbenders,” said Lipps. He believes that the waterways in their habitat have become muddier in recent years and that seems to be caused by the pipelines being constructed over the steep hills of Eastern Ohio, Pennsylvania and West Virginia. In one watershed, the pristine Captina Creek Watershed in Belmont County, Ohio, 66 pipeline crossings were approved. The Falcon Pipeline, which will carry fracked gas to Shell’s plastic making cracker plant in Monaca, Pa., crosses through critical Hellbender habitat.

When these pipelines are constructed, large areas of trees are removed, resulting in large areas of bare soil being exposed to rain events. The Hellbender babies live in small spaces in the gravel of stream beds. The sediment fills these up. Kelly Parker, storm water specialist said, “Have you ever tried to breathe in air filled with dirt and dust? Imagine having to breathe in air so full of fine dirt you can’t even see through it?”

That’s what is happening to the Hellbender’s habitat as the Falcon pipeline is being constructed through Harrison, Carroll, and Jefferson Counties. Joe Greathouse, the assistant professor of biology at West Liberty describes Hellbenders as “an indicator species–like our canary in the coalmine for our streams and rivers. If we start seeing  Hellbender populations decline, we know that there’s probably something occurring to where perhaps there’s disease, perhaps some pollution in the water that we need to address.”

Perhaps, to protect the Hellbender and other amphibians, we ought no longer be so hell bent on business as usual, lest we ourselves become the indicator species. 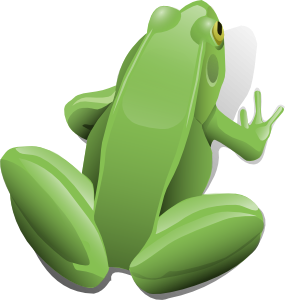