WASHINGTON— Four conservation groups today filed a formal notice of intent to sue the U.S. Fish and Wildlife Service for authorizing logging and widespread destruction of habitat for northern long-eared bats, which are protected under the Endangered Species Act.

The lawsuit, launched by the Center for Biological Diversity, Sierra Club, Coal River Mountain Watch and Ohio Valley Environmental Coalition, will challenge the agency’s rule, issued last month, allowing the type of habitat harm that is normally prohibited under the Act. Although the deadly disease known as white-nose syndrome is the leading cause of the northern long-eared bat’s greater than 90 percent decline, habitat loss continues to be a serious threat to the survival of the bat, which requires large, continuous tracts of interior forest for foraging, migrating and roosting.

“The Obama administration can’t claim to be saving these bats while allowing vast tracts of their forests to be cut down,” said Tanya Sanerib, a senior attorney with the Center for Biological Diversity. “This is a clear case of logging and energy interests taking precedent over wildlife that desperately need the full protection of the Endangered Species Act.”

The rule allows destruction of the bats’ habitat by activities such as logging, coal mining, pesticide use, oil and gas projects, pipelines and conversion of forests for development — activities that would usually be prohibited or restricted under the Act. The only habitat protections provided to the bats are “no-clearing zones” within a quarter-mile of known wintering areas called hibernacula, and restrictions in June and July on cutting down known occupied maternity roost trees, where females give birth, and logging within 150 feet of those roosts.

“The Endangered Species Act is designed to protect the habitat that endangered species need but the Department of Interior side-stepped its conservation mandate with the bat rule,” said Bill Price, an organizer for the Sierra Club based in West Virginia. “The new rule allows dirty fuel industries to continue destroying parts of our community with impunity.”

“The bat rule is like admitting someone into the emergency room then refusing to give them the medicine they need to survive,” said Vernon Haltom, director of Coal River Mountain Watch.

The northern long-eared bat rule, called a 4(d) rule for the provision in the Act from which it hails, is the eighth 4(d) rule adopted by the Obama administration that prioritizes providing loopholes to authorize ongoing habitat destruction by industries, such as coal and other dirty fuels, instead of protections for threatened species. A new Center report documents that no single presidential administration has approved more of these damaging, industry loopholes than the Obama administration.

“Given the 90 percent to 100 percent population declines in areas hit by disease this bat clearly needs the full protection of the law right now,” said Dianne Bady, founder and project coordinator at the Ohio Valley Environmental Coalition.

The northern long-eared bat was first proposed for “endangered” status in 2013, but then downgraded to “threatened” last April, a change that allowed the Fish and Wildlife Service to provide the vast exemptions requested by industry in the final bat rule.

“The bat rule perverts a provision of the Endangered Species Act intended to help conserve threatened species so they never become endangered,” said Sanerib. “Instead, this rule, like so many others, has been contorted to allow business-as-usual to continue as if the northern long-eared bat was not worthy of the Endangered Species Act’s protections.”

The Center for Biological Diversity is a national, nonprofit conservation organization with more than 990,000 members and online activists dedicated to the protection of endangered species and wild places.

The Sierra Club is one of the oldest grassroots environmental organizations in the country with more than 2.4 million members and supporters. Sierra Club’s mission is “to explore, enjoy, and protect the wild places of the earth; to practice and promote the responsible use of the earth’s ecosystems and resources; and to educate and enlist humanity to protect and restore the quality of the natural and human environments.”

Coal River Mountain Watch is a West Virginia nonprofit organization that works to stop the destruction of communities and environment by mountaintop removal mining, to improve the quality of life of residents, and to help rebuild sustainable communities.

The Huntington, WV-based Ohio Valley Environmental Coalition is dedicated to the improvement of the environment and communities through education, grassroots organizing and coalition building, leadership development, strategic litigation and media outreach. 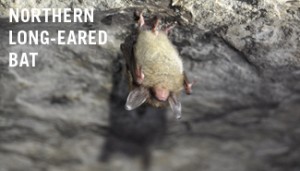