In the Hills and Hollows follows the lives of those impacted by the fossil fuel industries.

SHEPHERDSTOWN, W.Va. – Filmmaker Keely Kernan has launched a Kickstarter campaign to help finance a feature film, based in West Virginia, that documents the impact of the fossil fuel industries. West Virginia has fueled America since the early 19th century when the coal industry began dominating the state.  In the southern part of the state, the counties that produce the most coal are some of the poorest counties in the United States. Now there is another fossil fuel industry operating on some of the oldest mountains on earth – fracking for natural gas. 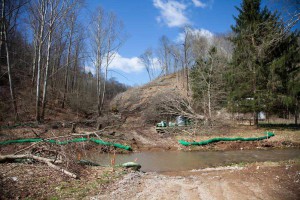 The natural gas industry is now starting to get a foothold in several counties in North Central West Virginia; other areas – such as Doddridge, Wetzel and Tyler counties – have had this industry operating within their borders for years. Due to a shift in market demand, and the development of technology to access the Marcellus Shale formation, a massive natural gas boom has swept through these rural communities. Much like the immense infrastructure built to support the coal industry, large new infrastructure systems are being built to produce and transport natural gas acquired through fracking. There are currently four pipelines proposed, each measuring over three feet in diameter, to transport natural gas from northern West Virginia to other states and ports for export

In the Hills and Hollows investigates the boom and bust impact that mono-economies based on fossil fuel extraction have on adjacent neighboring people and communities.  “It takes the viewer on a visual journey through the coal fields of southern West Virginia and into the gas fields in the north to juxtapose the impact that the fossil fuel industry has had on residents and the landscape of 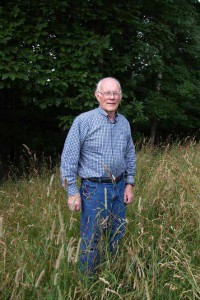 Appalachia. The film provides an intimate look into the lives of several West Virginia residents living in the middle of the fracking boom and explores how their quality of life is forever changed by this industry, says Kernan. “The objective of the film is to inspire an urgent conversation about what is at risk and to expose the situation we are facing. The issues happening here are not just found in West Virginia but throughout the country.”

The project is sponsored in part by the Ohio Valley Environmental Coalition and the Civil Society Institute. A Kickstarter campaign was launched to raise additional funds needed in order to continue producing the film. For a list of Kickstarter rewards and pledge levels, visit hillshollowsdoc.com Contributors have the opportunity to receive various rewards that include prints from the film, music from bluegrass musician Ben Townsend, art work from West Virginia artist Mike Costello, special thanks in the end credits of the film, and much more. Those making the most significant contributions will receive credit as an associate producer, producer, or executive producer. Organizations also have the opportunity to receive sponsorship credit with their name and logo in the end credits of the film and on the project’s website.

To learn more about the Kickstarter campaign please visit: hillshollowsdoc.com

About Keely Kernan: Keely Kernan is an award winning filmmaker and photographer. Her work is dedicated to producing media that enlightens people about relevant social and environmental topics. As a storyteller she is driven by a desire to connect the viewer and inspire conversations that will influence and initiate reform.