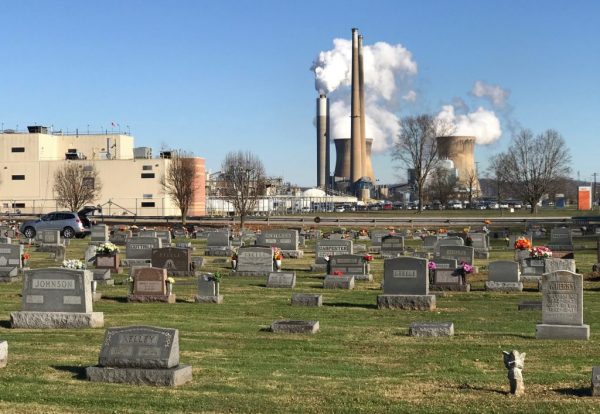 Mercury is well known as being a toxic metal. According to the U.S. Government Agency for Toxic Substances and Disease Registry, mercury is ranked third behind arsenic and lead in terms of human health risks. Yet it continues to be dumped into our waterways and soil, released into our atmosphere and water, and then subsequently bioaccumulates in our food.

Today, we can find it in weather instruments, mercury vapor lights on roadways, in medicine, in electronic equipment, and in the production of certain chemicals. Mercury used to be added to paints where it served as a fungicide. In June of 1990, the EPA banned the use of mercury as a biocide in interior latex paints. One instance found that a paint used used in a toddler’s room contained 900 ppm of mercury, three times the safe level. The child was hospitalized for months due to mercury poisoning.

If you were born in the 1950s, most of your cavities were filled with a mercury amalgam; a mixture of 50% mercury and a silver-tin-copper alloy. Today, most dentists do not use this material and many people have opted to have their old mercury fillings replaced with a safer composite material.

In the late 1990s, a program was instituted in Ohio to remove mercury, along with many other toxic compounds, from all high school labs. An internet search will reveal that there are numerous incidents of mercury contamination and spills in many schools across the country. Today most schools do not have elemental mercury, or barometers, manometers, or thermometers that contain mercury.

Once mercury is exposed to naturally occurring anaerobic bacteria found in soils, sediment, and water, it can become methylated. These anaerobic bacteria can actually splice methyl groups (methane molecules lacking one hydrogen) onto a mercury atom, forming methylmercury. Because the carbon coating on methylmercury is similar to living carbonaceous material (our skin), it can be easily absorbed into the body.

Most of our exposure to methylmercury comes from ingestion by eating fish and shellfish that have been feeding in waters subjected to mercury via air pollution. That airborne mercury originates primarily from the burning of coal in coal-fired power plants. Ohio is second only to Texas in the amounts of mercury produced from electrical power generation.

In Ohio, all bodies of water in the state have some amount of mercury pollution from coal burning power plants. According to an EPA report, “Every fish sample tested from Ohio and throughout the nation was contaminated with mercury.” Several of Ohio’s most popular sport fish contained mercury levels that exceed the US EPA’s “safe” limit for women of childbearing age, including 48% of the walleye, 49% of the smallmouth bass, 50% of the Northern pike, and 64% of the largemouth bass.” Unfortunately, many citizens of the state disregard these warnings and consume larger than recommended quantities of fish caught in Ohio waterways.

West Virginia’s rivers and streams, especially the Kanawha have also experienced contamination from wastes generated from coal-fired power plants. Those wastes contain, amongst other toxic substances, significant amounts of mercury. According to a recent article in the Columbus Dispatch, many coal mines in the West Virginia, including ones that have been closed, continue to generate wastes and will for decades to come.

Another source of mercury emissions that has basically gone unnoticed, is the oil and natural gas industry. Just like coal, these fossil fuels were created during the Paleozoic Era. Plants and animals died and their remains along with other impurities like mercury were deposited. Millions of years of heat and pressure transformed this material into our oil, gas, and coal deposits. When these fossil fuels are burned or released into the environment via a spill, there is some mercury released as well.

Studies have shown that natural gas typically contains a mercury concentration between 1-2000 μg/m3 (UOP Honeywell Corporation Technical Paper, March 13, 2011). “Mercury removal is a necessity when natural gas is either processed or liquefied in a gas processing or LNG plant. During the processing (or liquefaction) of natural gas, even a small amount of elemental mercury can form an amalgam with metals that it touches (such as aluminium based heat exchangers), corroding the metals and leading to catastrophic losses to the plant.”

According to the article “Unconsidered mercury emissions from the oil and gas industry” published in 2015 in Petro Industry News and taken from research published by the Society of Petroleum Engineers, “The biggest potential risk to workers in plants that process oil and gas arises during plant shutdowns or during service/maintenance work when mercury that has accumulated on the internal surface of processing equipment via adsorption can be released to the atmosphere after depressurisation of the system.”

The article also states that the environment can be contaminated during oil and gas flaring. This usually occurs during the testing process of a well pad or when gas or liquid pressure becomes too high and the residual gas or oil cannot be returned to the product stream flow. In those cases, it is flared off. However, when that occurs, “all of the produced oil and gas is sent to flare during which time all trace non-hydrocarbon contaminants, including mercury, will be released to the environment.”

Mercury is most notorious for its ability to affect the neurological systems of the human body. The Mad Hatter went mad from exposure to the mercury compounds he used when curing felt for the hats he was making.

When I was a teenager I read a pretty disturbing article in Life Magazine. It was a photo essay entitled “Death-Flow from a pipe.” The photographer, Eugene Smith, chose a cover photo showing a black and white image of a mother in Minamata, Japan, bathing her emaciated adult daughter. The daughter was a victim of mercury poisoning; poisoned in her mother’s womb. She was deaf, blind, and unable to use her legs.

Minamata, Japan is a fishing village on an island adjacent to the mainland. In the early 1900s, a chemical company established a factory near the small town. The factory grew into a major chemical producer for Japan. For decades, it dumped its wastes into Minamata Bay. As early as 1925, the local fisherman began to complain about the pollution. Their complaints were ignored.

By the 1950s, both aquatic and land species of animals where showing ill-health effects. Villagers were also reporting insanity, paralysis, coma, and death, along with birth defects in their population. People recounted stories of cats and pigs going mad. In a society where dissent is frowned on, it took years for many of the victims of mercury to come forward. Even then, the company never fully accepted responsibility for the pollution and poisonings.

Ingested mercury will bioaccumulate in the body and can lead to significant health effects such as cellular, cardiovascular, hematological, pulmonary, renal, immunological, neurological, endocrine, reproductive, and embryonic toxicological effects according to a 2014 article published in the Journal of Preventive Medicine and Public Health.

Mercury is one of many contaminants found in the Ohio River and one that is monitored by the Ohio River Valley Sanitary Commission or ORSANCO. Data on the amounts of mercury found in water samples and fish tissue can be found on the ORSANCO webpage. This data is used to issue fish consumption advisories which are also published on their webpage.

In a recent Reuter’s report, the current U.S. EPA said it was “proposing that it is not appropriate and necessary to regulate HAP (Hazardous Air Pollution) emissions from coal and oil-fired power plants because the costs of such regulation grossly outweigh the quantified HAP benefits.”

Its reassessment showed the cost of compliance with (Mercury Air Toxic Standards) MATS was between $7.4 billion to $9.6 billion annually, while the monetized benefits were between $4 million to $6 million. In contrast, the Obama era EPA monetized the annual health benefits at $80 billion.

Ironically, most coal fired power plants have already taken costly steps to meet previous MATS standards enacted in 2011. However, in December 2018, the Trump administration announced that these standards were “too costly” and wants them “rolled back.”

Paracelsus, an alchemist born in 1493 and the father of modern toxicology said. “The dose makes the poison.” In the case of mercury, the safe level for a 132 pound woman, according to the EPA, is 6.0 mg per day. The Ohio Department of Health advises that everyone limit consumption of sports fish caught from all bodies of water in Ohio to one meal of fish per week. Given the toxicity of this element and the costs to human health and the environment, rolling back MATS is a bad idea.

From EPA: How to Comment: Proposed Revised Supplemental Finding and RTR

EPA will accept comments on the proposed rule for 60 days after publication in the Federal Register. The publication of the rule has been delayed due to the shutdown, but once it publishes, the public will have 60 days to comment. Watch here for updates.

Comments should be identified by Docket ID No. EPA-HQ-OAR-2018-0794 and may be submitted by one of the following methods.

Contact Us to ask a question, provide feedback, or report a problem.