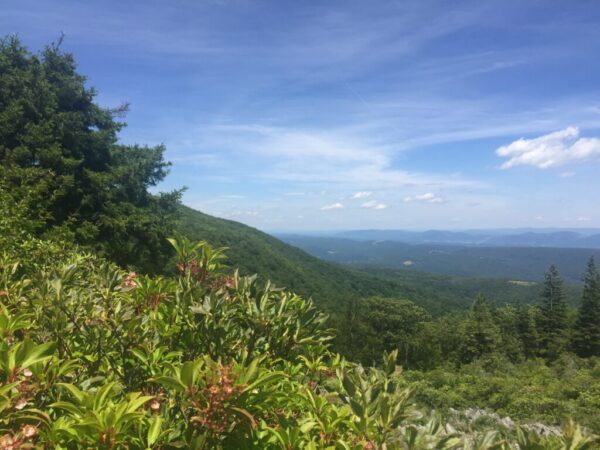 This year’s Global Earth Exchange found me in a beautiful place in West Virginia—Dolly Sods Wilderness Area—a place once deeply wounded, but now transformed by loving intentions and nature’s resilience. I’ve been returning there whenever I can since the early 80s. The “Sods” is a unique area in our mountains, often referred to as “a little piece of Canada gone astray.” Due to its elevation (2,000-4,100 feet) numerous plant and animal species found there are seen much further north.

Once covered with dense forests of ancient red spruce and eastern hemlock, in the early 1900s, the area was laid bare by intense logging until 1924. During logging, multiple fires raged caused by sparks from equipment, sawmills and carelessness, scorching the earth to bare rock, killing even the tiniest lifeforms. The ecological devastation was nearly thorough. Because of a short growing season, recovery was extremely slow.

Fortunately for Dolly Sods, in 1915 the federal government formed the Monongahela National Forest to help make up for this wholesale destruction; and the following year, the area known as Dolly Sods was included in the purchase, excluding the mineral rights. While logging had ended, in 1930, a brutal fire, destroyed the remaining trees on 24,000 plus acres.  An eerie landscape of stumps clinging to boulders persisted for many years although the Civilian Conservation Corps attempted restoration by planting red spruce trees. Even though logging had ceased, the U.S. military had its own ideas about using the Sods.

Before American troops were sent to Europe to fight in World War II, Dolly Sods was used as an artillery and mortar range and maneuver area. Unfortunately, some unexploded ordinance remains undiscovered despite attempts to find, detonate or remove it. In the 70s and 80s various threats persisted, from strip mining of coal to subdivisions, but these were fortunately defeated. Eventually, some tracts were acquired through purchase and federal legislation bringing the total wilderness area to date to over 17,000 acres. 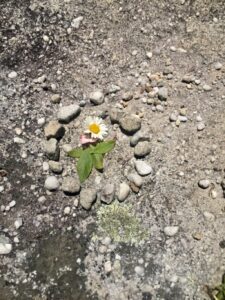 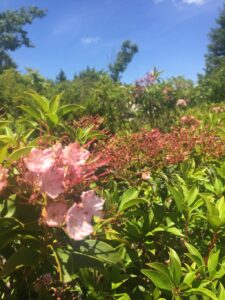 My 2019 Global Earth Exchange, then is a story of hope.

Conscious efforts and good intentions by countless, caring people gave Dolly Sods the time and space to recover from human abuse, becoming one of the most scenic and beloved places for hikers and campers in West Virginia. My tiny circle of stones, flowers, and leaves speaks not only to my gratitude to the earth for her gift of wilderness and that special place, but also to the visionaries and dreamers whose lives have made such a positive, indelible mark on West Virginia. 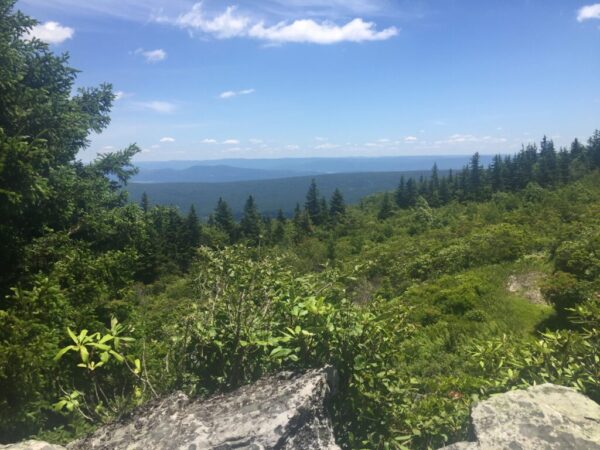