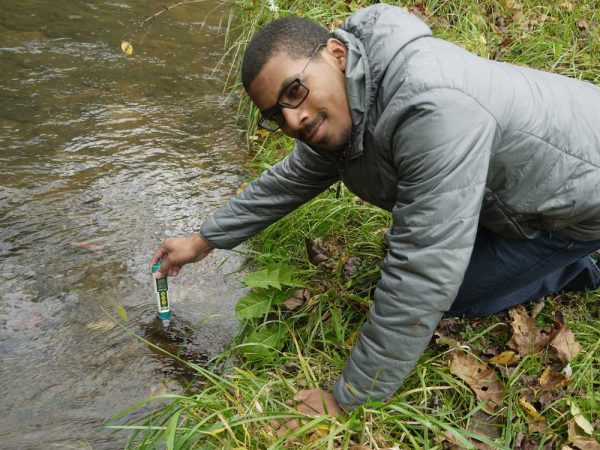 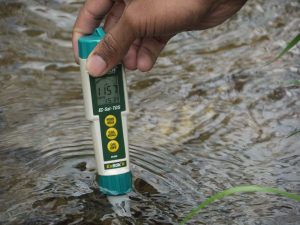 That’s a high reading-1,157! EPA says the conductivity in streams in our area should be around 300 µS/cm.

The Undeniable Truth About Coal

Back in summer, Charles Orgbon, III, contacted OVEC Organizer Dustin White on Facebook, hoping that Dustin could help arrange a flyover of mountain removal sites in October. Charles would be in WV then, to give the keynote address on motivating and activating youth to a conference presented by the WV Association of WV Solid Waste Authorities and DEP’s REAP program (Rehabilitation Environmental Action Plan).

Dustin, of course, said yes. He really wanted to meet Charles, now a student at University of Georgia. According to The Pollination Project (which awarded him a grant), “In 2008, when Charles was only 12 years old, he founded Greening Forward, which would become the largest youth-driven, youth-imagined environmental organization in the country. Today, Greening Forward has funded the efforts of over 2,000 students and 50 student environmental groups from across the United States and has also convened four international conferences for young environmental leaders. The students that Charles and Greening Forward support go on to create campaigns that reduce waste, conserve resources, and rally for more sensible environmental legislation.” 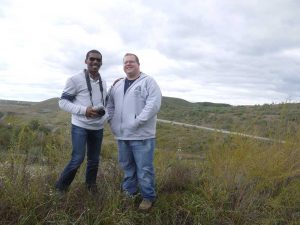 Charles and Dustin at a “reclaimed” mountaintop removal site. No more forest, and polluted streams…

The flyover day arrived, but the SouthWings volunteer pilot had to scrub the flight due to bad weather. Instead, Dustin and OVEC Vice Director Vivian Stockman took Charles on a ground tour of mountaintop removal sites in Boone, Lincoln, and Kanawha counties.

Dustin, Charles, and SouthWings tried again the next day, but again, weather scrubbed the flight. The pair took another MTR ground tour, this time to Kayford Mountain.

After his visit, Charles wanted us to share information about an environmental grant-making flow-fund he runs for The Pollination Project: If you know a young person working to address climate issues, they may be eligible for a $1,000 seed grant. Charles notes, “As long as they meet the requirements, it’s an easy funding process.”

Charles also shared this on Facebook after his visit:

In 2009, the film Coal Country ignited my activism. I couldn’t understand how the mountains of West Virginia were/are being blasted away by coal mining companies and how this was/is even legal.

Every step in coal energy use is dirty, from extraction to disposal, and this weekend I got to see it first-hand…

Coming over the ridge was like walking into a new world, and entering a moonscape. The oaks, maples, and hemlocks stood to my back, and cast shadows into what is considered “reclaimed” mining land. Ahead of me was non-native, invasive flora such as Chinese lespedeza and Japanese silverberry (also known as autumn olive). This was the mining companies’ elected strategy to restore the mined land to its “natural” state. This wasn’t West Virginia hardwood forest anymore. This was some foreign prairie, and again, my heart aches to see the destruction.

Thank you Dustin, Vivian, and the Ohio Valley Environmental Coalition for guiding me through this eye-opening tour of your community. I look forward to sharing your stories with the communities that I visit and bringing more attention to the environmental injustices that are happening in Central Appalachia.

Charles, thank you for contacting us. We know you will be helping to motivate young people in your networks to demand an end to this heinous mining practice. That’s a good thing! 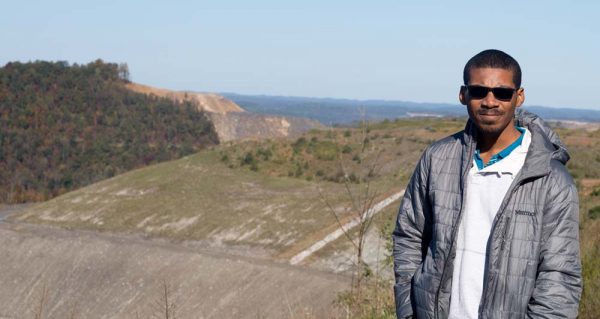 This photo, just above, is by Dustin White. The other photos here are by Vivian Stockman. 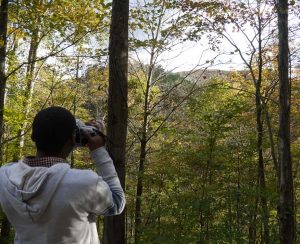 Hoots and Hollers  Feb 6, 2020
Your Rights at Stake: Come to Public Hearing on Anti-Protest Bill

Hoots and Hollers  Feb 5, 2020
More Radiation For Our Region From Oil and Gas Drilling Waste