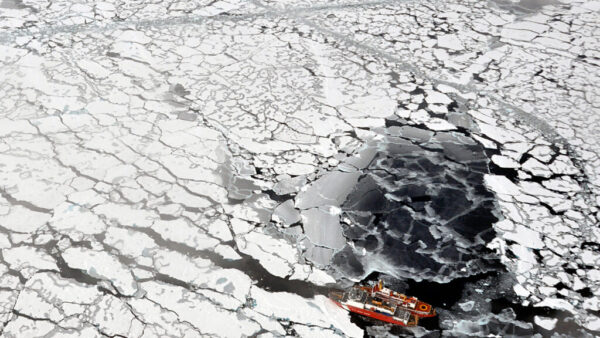 People scarcely think about the North Pole until this time of year. Celebrities in California have tried to re-create the North Pole by trucking in snow for holiday parties, but the truth is, our planet’s cryosphere (ice) is in trouble. The loss of planetary ice is vividly displayed in James Balog’s documentary “Chasing Ice.” Someday, the area known as the North Pole, may not even exist; both in terms of magnetic location and landscape.

The magnetic poles on both ends of our planet are created by the molten iron core in the center of the planet and are shifting due to geomagnetic pulses in the core. Earth’s magnetic North Pole has been shifting away from Canada towards Siberia. Arnaud Chulliat, a geomagnetist at the University of Colorado Boulder and the National Oceanic and Atmospheric Administration’s (NOAA’s) National Centers for Environmental Information, said the magnetic field is changing rapidly at a rate of about 34 miles a year. This change can cause problems with navigational systems; therefore, the systems are calibrated every five years.

While we can’t stop the movement of the magnetic pole locations of the planet, we can do something to mitigate the rapid changes in the landscape, that is to address climate change immediately and in substantial ways. Each year since 2006, NOAA has released the Arctic Report Card, which reports on conditions in the Arctic region. The recently released report said the region continues to be “less icy, less reliable, and less cold.” Climate change is affecting this area more than any other place on our planet. The 2020 NOAA satellite measurements show summer sea-ice is at the second lowest level in 42 years, with 2018 seeing the lowest recorded amount of ice.

The Arctic Sea has two different types of ice: summer ice and older multi-layer ice which is longer-lived. Each summer, warmer air temperatures melt much of the thinner ice, and in some places open water becomes visible. Some of this thin ice remains through summer and will form thicker ice for the following year. The older, thicker ice partially melts in summer as well. As winter approaches two things happen; the open water will refreeze and the older ice will add new layers. Some scientists predict that by mid-century, none of the thinner sea-ice in the Arctic Ocean will survive the summer heat.

We know that melting ice is bad for polar bears, but it is also dangerous for narwhal whales, who rely on ice to evade their main predators: killer whales. Seals, like the ringed seal, give birth and raise their young on sea ice. Ivory Gull populations near Canada have dropped by 90 percent. Researchers blame the loss of sea-ice, the place where these sea birds are known to hunt for fish. Walruses depend on clams found in waters just below the sea-ice along the continental shelves. “As the ice edge retreats away from the shelves to deeper areas, there will be no clams nearby. Walrus also normally travel long distances on floating ice, allowing them to feed over a wide area.”

Dr. Jim Jordan, a professor I had at Antioch University New England, has been studying climate change in Alaska and neighboring islands for over twenty years. Most recently, he helped author a research paper on the erosion of shorelines due to ice retreat. In one region along the Alaskan coast, the Chukchi Sea, the sea-ice coverage period has declined 10 days per decade between the years of 1979–2016.

Last winter, Jacob Bruggeman wrote in the Cincinnati Enquirer about the damage that occurs when the Great Lakes no longer freeze. He said, “a frozen lake is one that shields its shoreline from wicked wintertime surf, thus helping avert erosion in the winter.”

What happens at the North Pole affects the rest of our planet. Michael Mann, a climatologist and director of the Earth System Science Center at Pennsylvania State University, compares this region to our home refrigerators. If your “fridge” fails there are ramifications. If the earth’s “fridge” fails we will see “faster global warming, rising sea levels, and more extreme natural disasters.”

Scientists also know that massive amounts of methane which have been stored in the permafrost of the Arctic are being released. While these emissions are naturally occurring and have been escaping for millions of years, a warming Arctic Ocean is increasing the rate and amounts of methane released. Ice is able to stop emissions as methane remains frozen in an icy methane hydrate crystal.

A recent paper in the journal Nature Communications revealed the role that the moon’s gravitational force plays in methane emissions. The moon causes tidal forces which generate pressure changes that impact the submarine methane emissions. When the tide is low, less water covers the methane-rich sediments of the Arctic Ocean floor, therefore; more methane is able to burp out. In a way, rising oceans might help this phenomenon as the higher water levels will help thwart the escape of methane gas.

We all know that when we wear white on a sunny day rather than a dark colored t-shirt, it is cooler. Think of Earth’s polar ice caps as its white T-shirts. Once the ice melts from the Arctic, the exposed darker water will be able to absorb more solar radiation rather then reflecting it. This means more warming and more ice loss. At the South Pole, where ice is covering a land mass, darker land will be exposed to absorb more solar energy.

Glaciologist Joseph Cook has also noted that “because of global warming, there are higher temperatures and reduced snow fall in the Arctic allowing a greater surface area of ice to be exposed.” What is happening is an algal bloom similar to what you might see on Lake Erie in summer months. This is occurring just under the ice. The algae produce a natural brown pigment that acts as a type of protective sun-screen. However, that dark pigment causes the ice to heat up and melt much like the dark T-shirt causes you to get hotter than a white T-shirt.

In 1996, an intergovernmental panel of Arctic nations, the Arctic Council, was formed. Its task is to evaluate and study this region. The group consists of: Finland, Canada, Denmark, Norway, Iceland, Sweden, Russia, and the USA. Sadly, during last year’s meeting, the USA’s representative, Mike Pompeo, made his intentions about preserving the region very clear. “The USA refuses to allow any mention of climate change in the council’s documents.” Pompeo told the council members that the melting ice represents “a magnificent economic opportunity.” He was speaking primarily of new trade routes, but industry leaders are also anxious to access the region’s natural resources.

In 2016, President Obama protected 115 million acres of Arctic Refuge from oil and gas drilling, saying “these waters make up one of the most magnificent regions on Earth, home to the culture and tradition of our indigenous communities.” Even though oil prices are low, and twelve major banks around the world will not fund any new oil and gas drilling in the Arctic Refuge, last month the Trump administration asked oil companies to identify areas in the Arctic National Wildlife Refuge’s coastal plain where they would like to secure leases for oil drilling.

This Christmas Eve, Santa will leave the North Pole to deliver gifts to the world. Given the disregard this administration has shown for the polar regions, it should not surprise the current occupants of the White House when Santa’s sleigh passes them by. 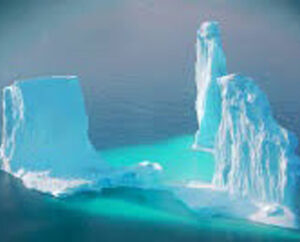