Once again, oil and gas companies are trying to use some well-crafted PR messaging to greenwash their industry. In a recent press release, which garnered headlines such as Mountaineer NGL Storage LLC Exploring Green Hydrogen Storage, the company said it’s launching “a non-binding open season to gauge interest in bulk storage of carbon-free hydrogen” for its storage hub (huge caverns to store fracked gas liquids—ethane, propane, and butane—for use by petrochemical manufacturers) in Monroe County, Ohio.

Well… all hydrogen is carbon-free, but the reality is only 0.1 percent of hydrogen produced today is green hydrogen. Mountaineer NGL Storage would most likely be storing grey hydrogen or hydrogen derived from fossil fuel sources.

Green hydrogen is produced via a complicated and expensive hydrolysis process that uses energy generated from solar, hydroelectric, and wind to split water. Green hydrogen is four times more expensive to produce than “grey hydrogen.” In order to call hydrogen green and carbon neutral, renewable energy must be used to separate water into oxygen gas and hydrogen gas.

A 2017 report titled Hydrogen Production Team Technical Report showed that currently the Ohio Valley region has virtually no potential for producing green hydrogen. This is mainly due to the lack of any large-scale renewable energy development. The same report also shows that all of the hydrogen production in our area is from either coal or methane sources; these are not green hydrogen.

Hydrogen is the first and lightest weight element on the periodic table. It is found in nature as a colorless, odorless gas, and is the most common element in the universe. Because it is hard to extract hydrogen from underground deposits, it is usually obtained in other ways using various processes. There are different color-coded classifications of hydrogen based on the type of process used to obtain it, as well as the source of the hydrogen atoms. Most hydrogen produced today uses fossil fuels as the source of hydrogen atoms.

Black or brown hydrogen is generated through a process called coal gasification. In this process coal is heated to extremely high temperatures (700°C) in the presence of a limited amount of oxygen. This creates a mixture of gases called syngas. This mixture includes carbon monoxide, carbon dioxide, and hydrogen. The hydrogen is captured and stored while the other gases are released into the environment. This process creates a large amount of air pollution, especially pollutants considered to be greenhouse gases.

Grey hydrogen accounts for the majority of hydrogen produced today. In a process known as “steam reforming,” water is used to strip hydrogen atoms from natural gas (CH4). Carbon dioxide is also a by-product of this process, and this greenhouse gas is released into the atmosphere at a rate of about 10 pounds of CO2 per one pound of hydrogen produced.

Blue hydrogen is created in the same manner as grey hydrogen, except the carbon dioxide by-product is not released to the atmosphere but instead captured and stored in a method called carbon capture usage and storage (CCUS). The method is not totally carbon neutral however, because “around 10-20% of the generated CO2 cannot be captured.”

There are three additional classifications of hydrogen, all of which are generated via electrolysis. You may have seen electrolysis demonstrated in a chemistry class using a battery operated device. Basically, water (H2O) is separated into hydrogen gas and oxygen gas using electricity. Different sources of electricity can be used for this process. If you use nuclear energy to separate the hydrogen it is called pink hydrogen, if you use a mixture of energy sources it is yellow hydrogen, and if you use renewable energy such as hydroelectric, solar or wind, the hydrogen generated is carbon neutral and thus truly green hydrogen. According to the International Energy Agency, less than 0.1 percent of hydrogen today is produced via water hydrolysis using green energy sources.

Recently, media sites across the globe and especially in the European Union have had an enormous surge of articles proclaiming the benefits of green hydrogen. On close examination, it appears a major fossil fuel PR company, FTI Consulting, is behind much of the media blitz touting green hydrogen as the new bridge fuel. A hydrogen lobby has even been formed, with most of the members being associated with fossil fuels, especially fracked gas companies. This lobby spent more than 72 million dollars trying to influence Brussels’ policy-making last year.

Industry officials are not being truthful or transparent about issues surrounding the use of hydrogen as a fuel source. They are selling EU leaders on “green” hydrogen when in fact what is currently being produced is anything but green. Several questions remain unanswered: what percentage of hydrogen can be combusted in power plants; how much of the hydrogen will actually come from renewable sources; what other air emissions are produced; can existing pipeline infrastructure be used; and will this fuel move us away from fossil fuels?

Clean Energy Group, a non-profit advocacy group, raised concerns in December that “burning hydrogen for power production has never been done before in the USA and is untested with potentially problematic environmental issues.” The claim that this will be a “silver bullet” for climate change is based on the premise that the technology will advance to a point where power plants can use 100 percent hydrogen as their fuel sources. So far, the highest amount of hydrogen in the blended fuels is 30 percent hydrogen.

A five percent hydrogen with ninety-five percent methane blend is being proposed to power plants in New York, Southern California, Florida, and even Ohio. An article on Mitsubishi Power’s webpage discusses construction of the 1,084 MW Harrison Power Project in Cadiz, OH. It is supposedly “the first hydrogen-capable project to reach operation east of the Mississippi River” but it too is using only five percent hydrogen blended with methane as the fuel source, and the hydrogen is not green hydrogen.

While it is true that burning hydrogen does not create carbon dioxide, it does however create another dangerous gas: nitrogen oxide. In some cases, the NOx emissions are up to six times higher than when burning methane. Air pollution has been studied as one reason cases of COVID 19 are higher in poorer, polluted areas. Even Mitsubishi has said that the (30 hydrogen/70 methane) blended plants “will produce NOx and carbon emissions equivalent to those from modern natural gas plants.”

The gas industry points out that existing fracked gas pipelines can be used to carry the hydrogen gas in the event that someday the energy source might be used instead of methane gas. However, studies show that hydrogen causes steel pipelines to become brittle. Hydrogen is a much smaller molecule than methane as well and can leak out of pipelines much easier.

This push for hydrogen blended fuel appears to be just another ploy by the fossil fuel industry to encourage the production of methane and the construction of more gas-fueled power plants. The source of the hydrogen used for these power plants will still be climate destroying fossil fuels, not green hydrogen. The gas industry also fails to acknowledge the high costs of capturing and storing carbon dioxide emissions.

An article in Nation of Change states the obvious. The main reason green hydrogen isn’t a good choice to decarbonize the economy is that the production of green hydrogen takes enormous amounts of renewable electricity. It would be much more efficient to use this electricity to directly subsidize the grid or to charge battery storage systems.

Bloomberg NEF estimated that in order to generate enough green hydrogen to meet one-fourth of our energy needs, it would take an investment of $11 trillion in production, storage, and transportation. Hydrogen may play a vital role in our future energy needs, but today 99% of hydrogen is still made using fossil fuels, and no doubt the hydrogen that might be stored in the Appalachian Storage Hub would be dirty fossil fuel derived hydrogen, not green hydrogen. Until the USA can produce enough cheap green hydrogen to power gas turbines, the power plants in the USA will primarily be burning methane, not green hydrogen. 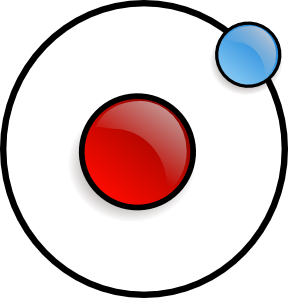