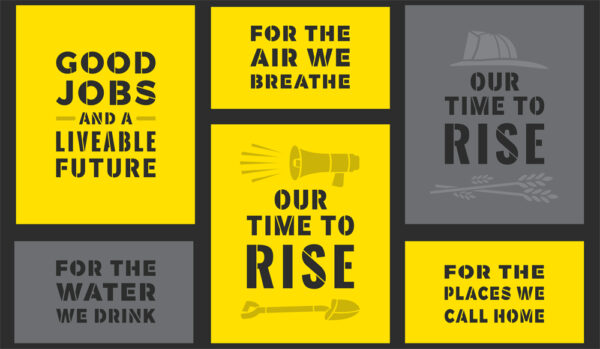 The United States just had its wettest winter on record. Additionally, 78 cities across the country, especially in the eastern half of the USA, are on track to have their wettest year ever according to the National Oceanic Atmospheric Administration (NOAA).

In some places records are falling by incredible amounts, not just an inch or two.
Wilmington, North Carolina was more than 40 inches above the yearly average primarily attributed to the three day, record breaking 23-inch rainfall during Hurricane Florence. According to the recent US Fourth National Climate Assessment, climate changes are driving these frequent and intense rain events.

West Virginia and Ohio are also experiencing extreme weather. The flooding in Greenbrier County, WV in 2016 was described by the National Weather Service as “historic “and “a once in a thousand year event.” This past year, Charleston had its wettest year since record keeping began in 1890.

According to records kept by the NOAA, the US has “sustained 246 weather and climate disasters since 1980 with damages and costs exceeding one billion dollars.” These include the recent flooding, hurricanes, hail storms, southwestern droughts and western fires. Last year alone, the fires that claimed 106 lives in California were the worst on record since 1933. The costs topped $ 24.2 billion, a new record for economic loss.

No doubt people are concerned about these extreme weather events as they not only claim lives but affect local economies and raise property insurance. While some in Congress continue to ignore and even deny climate change, others are searching for answers and trying to develop mitigation plans or find ways to slow down this run-away train: climate change. One idea is the Green New Deal.

Many people like to spin a negative narrative around anything that might be labeled “green.” This is the case when it comes to the Green New Deal, a non-binding resolution introduced by New York Representative Alexandria Ocasio-Cortez on February 7th of this year and co-sponsored by 89 other representatives. Senator Ed Markey of Massachusetts also introduced a companion measure in the Senate with 12 co-sponsors.

Some negative comments made by news media outlets and politicians are just laughable–such as Senator John Barrasso’s remark that “AOC wants to make ice cream illegal,” to Florida Senator Rick Scott stating that “it would end air travel.” I doubt either of them, or the pundits of the media, have even read the 14-page Green New Deal.

This resolution is not a law but a list of proposals that would benefit the nation’s economy while addressing the climate crisis. The resolution has been likened to Franklin D. Roosevelt’s New Deal, which helped the nation recover from the Depression through innovative programs such as public work projects, financial reforms and regulations.

Some Republican politicians are claiming it is “unrealistic” and “too expensive.” Rep. Ralph Abraham of Louisiana said it is “a socialist’s wish list of absurd proposals rooted in fantasy and funded by raising your taxes.” This uninformed statement was made to scare people. Upon my reading the Green New Deal, I found it obvious that socialism (a social system or theory in which the government owns and controls the means of production and distribution of goods) is not a part of the deal and there is absolutely no mention of tax increases.

The document instead describes many problems facing our country. It lays out a plan to address these problems in ways that will significantly curb the climate crisis we are facing. At the same time the plan will infuse our economy with needed job creation and secure “clean air and water, healthy food, access to nature, climate and community resilience, sustainable environments, and justice and equity for all groups through a ten-year national mobilization.”

Unlike Rep. Abraham, I did not find the proposals to be “absurd.” Many of them, like regenerative agriculture and mass transit, are currently under consideration by corporations, states, and other countries.

Just last week, in an effort to curb carbon dioxide emissions from transportation, the largest source of emissions in the USA, the 2019 Vehicle Emission Act was introduced into Congress. The American Lung Association’s 2016 report said “transitioning to zero-emission vehicles would deliver $33 billion in total health and climate savings by 2050.”

Another proposal of the Green New Deal is already on Ohio’s radar. There are plans for a 1.2 million dollar feasibility study for a hyper loop high speed train system in Ohio. It would resemble the Deutsche Bahn high speed rail in Germany. Many feel that this is necessary if Ohio is to remain competitive in the Midwest.

The answer or rebuttal to the Green New Deal put out by Republicans was a seven page resolution filled with mind boggling numbers as well as unsubstantiated assertions. Oddly, the only thing mentioned are costs estimates provided by conservative agencies like the American Action Forum, which claims the Green New Deal will cost $93 trillion over ten years.

The Green New Deal explains how the USA has seen a four-decade wage stagnation, especially with hourly wage workers who have increased their productivity. The Pew Research Center points out that most pay increases have gone to higher wage classes. A new report from the Federal Reserve Board said four in ten Americans do not have the cash to handle a four hundred dollar emergency.

Unlike the Green New Deal, the Republican rebuttal does nothing to address wage stagnation, deindustrialization, anti-labor policies, income inequality, racial wealth divide, gender earnings gap, climate change and national security, clean air, clean water, sustainable agriculture, or ecosystem resiliency. It makes no mention of transitioning our system of government from an oligarchy back to a “participatory democracy”, one in which all citizens have an equal role in local, state, and federal government.

The Republican rebuttal cherry picks data. It claims 573,000 birds are killed annually by wind turbines. But according to a 2018 study, “wind turbines kill between 140,000 to 328,000 birds annually.” These numbers are small when compared to the “6.8 million bird fatalities from collisions with cell and radio towers and the 1.4 billion to 3.7 billion deaths from cats.” US Fish and Wildlife Service studies show that oil pits and evaporation ponds from oil and gas operations kill between 500,000 to one million birds annually.

The Republican rebuttal claims solar farms incinerate thousands of birds, but fails to mention that only large scale solar thermal farms, also known as concentrating solar, which generate electricity by focusing solar rays to transform a fluid into steam can impact birds, and that there are only eight of these solar thermal farms in the US. The widely used residential and commercial solar photovoltaic systems are safe and do not cause bird deaths. Even the Audubon Society advocates for solar as climate change is affecting over 300 species of birds.

The Republican rebuttal claims that we will need 115 million acres of land for solar. However, a peer reviewed analysis published in the journal Energy Policy estimated that “the base case solar electric footprint is equal to less than 2% of the land dedicated to cropland and grazing in the United States, and less than the current amount of land used for corn ethanol production.”

Some real data to consider when contemplating a Green New Deal is the fact that we subsidize fossil fuels each year with $26 billion taxpayer dollars. The USA spends more on defense, $649 billion, than the next seven countries combined, and has close to 800 military bases in over 70 countries. Britain, France and Russia have about 30 bases combined.

The Center for Public Integrity reported that at least “60 companies’ federal tax rates amounted to zero, companies such as Amazon, Chevron, Halliburton, Eli Lily and General Motors. They were able to zero out their federal taxes on $79 billion in US pretax income.” One of those companies, First Energy is currently urging lawmakers in Ohio to pass HB 6. This is NOT a clean energy bill, but a bill that will force Ohio taxpayers to bail out two aging nuclear power plants.

A recent Australian policy paper suggests that “by 2050 we could see irreversible damage to global climate systems resulting in a world of chaos where political panic is the norm and we are on a path facing the end of civilization.” Anyway you add it, the Green New Deal is something we cannot afford to ignore. 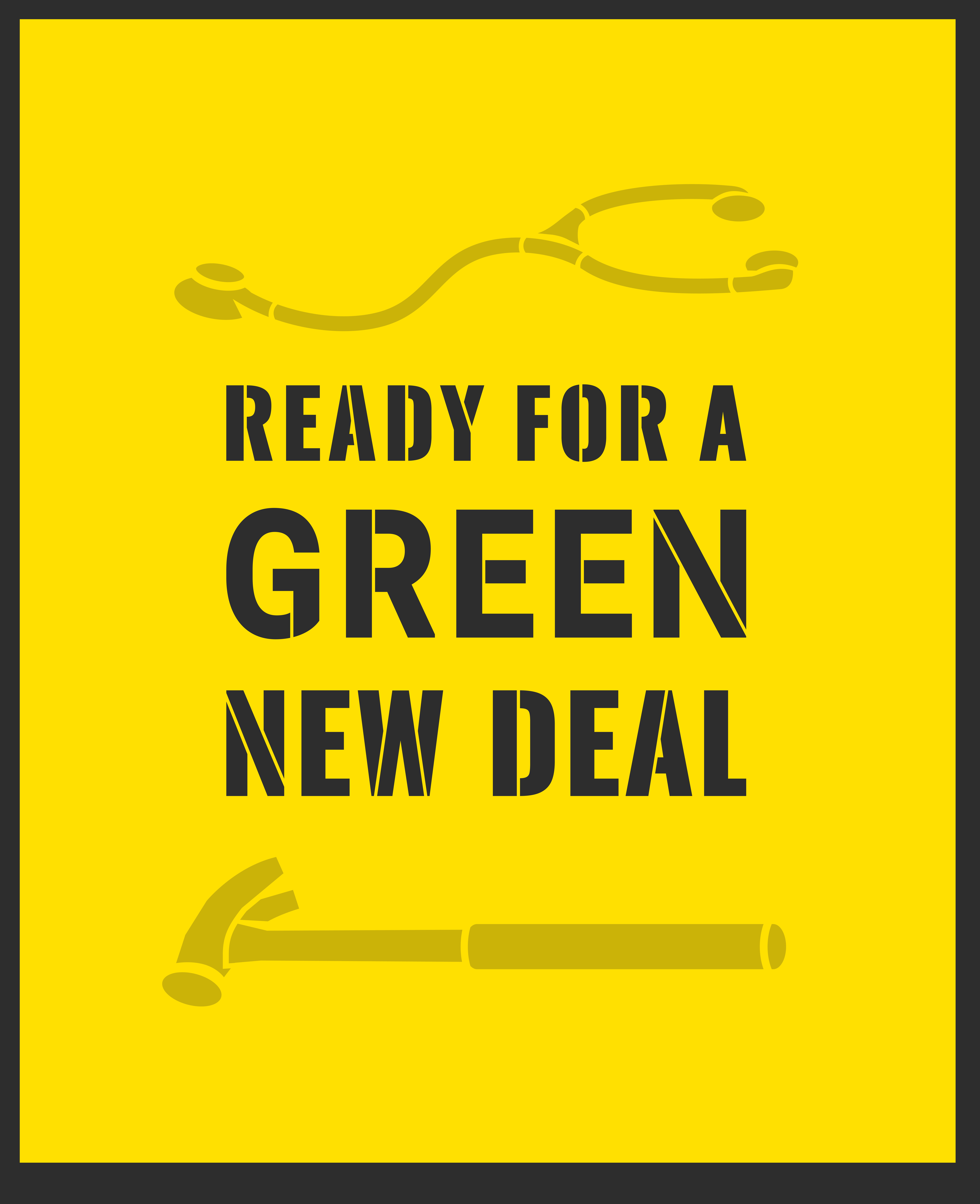