CHARLESTON, W.V. – The Kanawha Forest Coalition today released a report detailing the regulatory mishaps and procedural flaws they say were involved in the DEP issuance of a permit allowing surface mining within 588 feet of Kanawha State Forest and within 1,500 feet of homes.

The Coalition appealed the permit to the WV Surface Mine Board in June.  The Board denied two requests for a temporary injunction to stop the mining during the appeal process and, four months after the August hearing, has yet to make a ruling in the case.

“Every day more of Middlelick Mountain is blasted away,” said Coalition coordinator Chad Cordell.  “The Board seems to be waiting until there’s no more mountain left to save.  To allow this illegal mining to continue by delaying a decision is simply unacceptable.”

The report, written by Coalition member and retired DEP water quality specialist Doug Wood, describes numerous instances of DEP accepting inaccurate data from coal company consultants as part of the permit application process for the KD#2 mine.  It says that legal requirements and concerns raised by the public and by other agencies were ignored by the DEP in their rush to issue the permit.

“The consultant who generated the viewshed analysis falsely claimed that forest users within the Historic District would not be able to see the mine and therefore neither Forest users nor the Historic District would be impacted by the KD#2 mine,” Wood said.  “Harold Ward, director of mining and reclamation at the DEP, accepted this flawed claim without question, even after the State Historic Preservation Office repeatedly cited it as one of their primary concerns,” he said.

“Laws, Guidelines, rules, regulations and performance standards exist for the express purpose of preventing and mitigating damages inherent in mountaintop removal mining. By issuing the KD#2 permit the DEP has short-circuited the legal processes that would insure mitigation and prevention of those damages.” Wood added.

Wood led a tour Tuesday morning to the historic district of Kanawha State Forest, where the KD#2 permit area is clearly visible from trails.

Since beginning work on the mine in May, Revelation energy, the mine’s operator, has been found to be operating in violation of surface mining law and permit requirements relating to water quality, blasting, and offsite damage 13 times since July.

The Kanawha Forest Coalition is made up of Kanawha Valley residents and local organizations working to protect Kanawha State Forest and the health of local residents from the adverse impacts of mountaintop removal mining.

For a copy of the report: http://tinyurl.com/KFCfiles 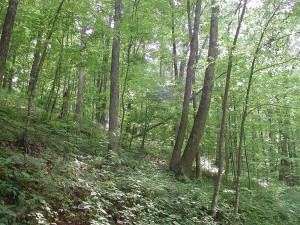 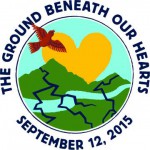 Sep 1 2015  Action Alert
Speak Up For Appalachia’s Streams; Help Bring On the Solar;More