We have just received this outrageous news: Pending an “agency-wide review” the DOI has instructed the National Academies of Sciences, Engineering, and Medicine to “cease all work on a study of the potential health risks for people living near surface coal mine sites in Central Appalachia.”

The Trump Administration’s budget proposals and department cuts, many of which are an attack on science, are a slap in the face to the people of Appalachia, as well as poor and middle class folks nationwide.

For years, community members living near mountaintop removal sites have been pushing government agencies to acknowledge the dozens of studies by scientific researchers on mountaintop removal’s human health impacts, and to conduct their own official studies.

It is important to note that while we had hoped the scrutiny of the NAS would finally lift up all the peer-reviewed studies to the point of government action, we were conscious that this could become just another delay tactic. While we do hope the NAS will be permitted to resume the study, we believe there is more than ample reason to end mountaintop removal once and for all right now.

The studies are already out there; the health impacts of mountaintop removal on people living nearby are devastating. Mountaintop removal is causing premature death, birth defects, heart disease, respiratory problems, and more. It’s unfathomable that our government can green-light a practice which is so devastating to human health. It’s downright insane to blow up mountains and bury streams in order to get to coal, and even worse to allow when you see what is does to communities.

WASHINGTON — In an August 18 letter, the U.S. Department of the Interior’s Office of Surface Mining Reclamation and Enforcement informed the National Academies of Sciences, Engineering, and Medicine that it should cease all work on a study of the potential health risks for people living near surface coal mine sites in Central Appalachia. The letter states that the Department has begun an agency-wide review of its grants and cooperative agreements in excess of $100,000, largely as a result of the Department’s changing budget situation.

The National Academies will go forward with previously scheduled meetings for this project in Kentucky on August 21-23 — which are allowed to proceed according to the letter — and encourages the public to attend open meetings in Hazard and Lexington on August 21 and 22. The National Academies believes this is an important study and we stand ready to resume it as soon as the Department of the Interior review is completed.  We are grateful to our committee members for their dedication to carrying forward with this study.

The National Academies of Sciences, Engineering, and Medicine are private, nonprofit institutions that provide independent, objective analysis and advice to the nation to solve complex problems and inform public policy decisions related to science, technology, and medicine. They operate under an 1863 congressional charter to the National Academy of Sciences, signed by President Lincoln. 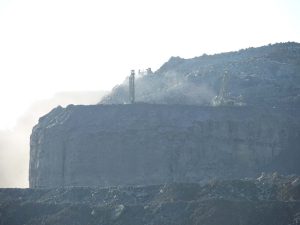