Charleston, WV – Citizen and environmental groups have reached three separate settlement agreements with Alpha Natural Resources and Consol Energy requiring the companies to deal with their responsibility for selenium pollution into streams from multiple mountaintop removal coal mines and coal mining facilities in West Virginia. The three agreements require that the companies install and operate selenium treatment protections at nine mining complexes, and impose monetary penalties on the companies for their failure to comply with federal environmental laws.

“Selenium from these companies’ mines pollutes our steams, kills off fish and other aquatic life, and wipes away our Appalachian heritage. These agreements will help stop further pollution, and for that we can be thankful,” said Bill Price, a West Virginia organizer with the Sierra Club. “Unfortunately, the burden of holding these companies accountable continues to fall on citizen groups. The state of West Virginia has failed, once again, to protect our waterways.”

Selenium causes reproductive failure and deformities in fish and other forms of aquatic life. Many surface coal mining operations across Appalachia are polluting streams and other waterways with unsafe levels of selenium, which accumulates in the tissues of aquatic organisms over time. Experts predict that waterways across Appalachia could be on the brink of collapse due to increasing levels of the pollutant.

“It’s disturbing that our politicians have allowed West Virginia’s water to be so horribly contaminated by the mountaintop removal coal industry” said Dianne Bady of the Ohio Valley Environmental Coalition. “It’s even more disturbing that state and federal agencies continue to issue permits that agency officials know will further harm our streams and communities with illegal levels of pollution.”

“Once again, citizens’ groups have had to step up where our West Virginia Dept. of Environmental Protection is lying down on the job. Our communities and health suffer as long as the policy is to let mountaintop removers pollute at will” said Vernon Haltom, Executive Director of Coal River Mountain Watch. “All new permitting should be stopped until more scientific studies can be conducted to determine why people near mountaintop removal sites have so many health impacts, whether it be from water pollution or blasting dust.”

The settlements will be lodged with the court for 45 days pending review by the U.S. Department of Justice. The citizen groups were represented in this matter by attorneys with Appalachian Mountain Advocates. 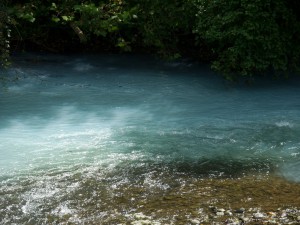