For Swearengin to confront him [Manchin], one West Virginia operative recently told Vice, is “like David versus Goliath, if David didn’t have a sling or a rock.”
— Rolling Stone 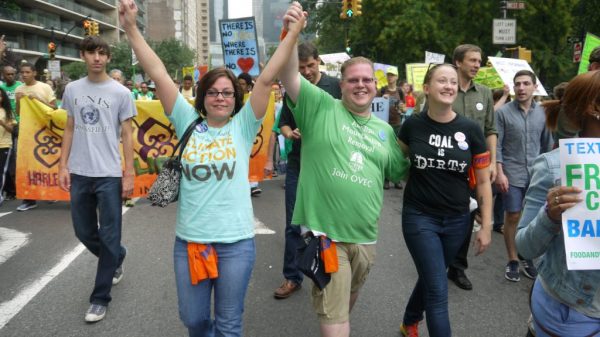 Paula Swearengin at left and OVEC’s Dustin White at right, marching along with tens of thousands of folks at the 2015 People’s Climate March in New York City. OVEC had this photo up on our website’s homepage when Paula announced she was running for the U.S. Senate. Due to 501-c-3 campaign laws, we took down the photo, which was taken by VS.

Because OVEC is a 501-c-3 nonprofit group we cannot, by law, endorse candidates for public office. So, as an organization, we could not help out, nor brag about, longtime member and volunteer Paula Jean Swearengin, who ran in the Democratic primary against incumbent Senator Joe Manchin.

She began deciding to run for office after confronting Manchin at a March 2017 town hall meeting. “Who’s going to clean up the mess when coal is gone, Senator?” she asked him. “…and fracking is not acceptable, either. We are tired of being collateral damage.” (See the YouTube clip here.)

After channeling her frustration with the coal industry into local activism, Swearengin—a supporter of Sen. Bernie Sanders’s (I-Vt.) Democratic presidential bid—decided to mount a long-shot bid for Senate against Manchin.

Swearengin is backed by a number of new progressive groups, including Brand New Congress… As a Brand New Congress candidate, Swearengin has agreed to a platform that includes single-payer healthcare, trillions of dollars of investment in infrastructure and industry, and a plan for an economy based on renewable energy.

It was just more than a year ago that Swearengin, seated on a stage in a high school auditorium in McDowell County, described her state’s essential dilemma to Vermont’s Sen. Bernie Sanders.

“When the coal industry’s gone, we’re not going to have anything left,” she acknowledged, before listing the devastation the industry had caused her personally: “I’ve watched my neighbor’s children get cancer. I buried my daddy when he was 54 years old. I watched my granddaddy suffocate to death (from black lung).” At that point, Swearengin, weeping, reached over to hug Sanders, who consoled her in an embrace. “We need help,” she said. It was a central moment, she now says, in her decision to launch a political campaign. “I see the senator as a public servant,” she says. “And I think they’ve lost touch. They’ve become immune to people’s suffering.”

The Rolling Stone article also quotes Paula as saying, “They’ve fed us this propaganda that coal miners should be enemies with environmental organizers. I am a proud coal miner’s daughter, but I’m not going to worship that black rock.”

The same article also quotes Paula’s friend, former deep miner and longtime OVEC member Chuck Nelson, who has served on OVEC’s board: “Coal kills at each step of the cycle—the mining, the cleaning, the transportation. That is what’s so criminal about it. Politicians know that and they allow it to happen.”

Indeed, like most WV politicians, Manchin does fall over himself in his attempt to be as pro-coal as possible. He was a coal broker, but he never was a coal baron. But, this year, one man running for Manchin’s seat was a coal baron, one that had overseen mines where Chuck worked.

Six Republicans vied for the GOP’s WV Senate nomination, but the national news was focused on one candidate: former Massey CEO Don Blankenship, who in the end lost to WV Attorney General Patrick Morrisey. Morrisey received 47,002 votes and Blankenship 26,729 out of 134,226 total votes in the Republican primary.

(Okay, so maybe it is not a fair comparison, because there were more candidates in the Republican race than in the Democrat race, but note that Paula received more votes than did Morrisey or Blankenship!)

Blankenship, living in Las Vegas, entered the race while still on parole after serving one year in prison on charges related to the April 2010 Upper Big Branch Mine explosion that killed 29 men.
E&E News reported, “Pugilistic ex-coal boss Don Blankenship wants to burn more coal to save the Earth from cooling, thinks some climate scientists should get straitjackets and insists that environmentalists are hurting the environment.”

Late-night comedy shows had a field day with the racist and bizarre ads Blankenship ran for himself.

Outside super PACs also spent loads of money on ads both for and against Blankenship—the PACs favoring Democrats were for Blankenship and those favoring Republicans were against him. Obviously, leaders of both parties figured Blankenship could not beat Manchin this November.

Some of the ads were sickeningly ironic. An April 15 Politico article reports:

Late last week, a newly formed super PAC generically dubbed the “Mountain Families PAC” began airing TV ads targeting Blankenship, who spent one year behind bars following a deadly 2010 explosion at his Upper Big Branch Mine. The national party isn’t promoting its role in the group, but its fingerprints are all over it.

The 30-second commercials, which the group is spending nearly $700,000 to air, accuse Blankenship’s company of contaminating drinking water by pumping “toxic coal slurry,” even as the multimillionaire installed a piping system that pumped clean water to his mansion.

“Isn’t there enough toxic sludge in Washington?” the narrator intones. 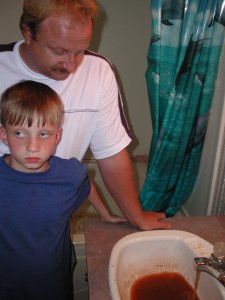 For groups like ours, with the help of volunteers like Paula and Chuck and so many others, that have spent years trying to get politicians to pay attention so that we could get some relief for people poisoned by toxic coal sludge, this sudden self-serving interest in the issue is maddening.

Now, Manchin and Morrisey face off for Manchin’s Senate seat in the general election. During the upcoming attack ads and debates, we doubt that we will hear any mention again of toxic coal slurry harming human health, let alone plans to address the coal industry’s threats to human health and the planet.

Thank you, Paula Jean Swearengin, for an amazing effort that truly is an inspiration to people across the nation who are fed up with politics as usual. 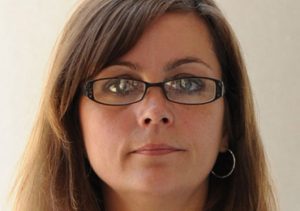