This morning, Brenda Wilson sent an e-mail to update us on the OVEC crew’s participation in Beyond Extreme Energy’s (BXE) ongoing #RubberStampRebellion:

Yesterday’s skit in front of the US International Trade Commission was terrific. You can see pictures at http://www.artkillingapathy.com/. (Direct link to the photos here.) Mary Wildfire wrote the script and performed as the ISDS trade tribunal (dressed as the grim reaper). All the actors were great and the skit was very effective. We also delivered the People’s Economic Impact Statement to the DNC, where a DNC rep came outside to receive the report, and was cautiously friendly and noncommittal. We will come home after today’s action at FERC.

Even though our crew has to head home, the #RubberStampRebellion will continue, both this week in D.C., and then it will continue all across the U.S. as people demand a renewable energy future!

Some shots from the skit outside the US International Trade Commission, gleaned off the website and Facebook page of Art Killing Apathy and Flush the TPP: 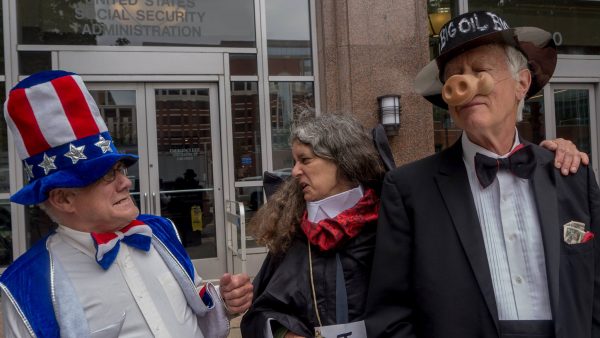 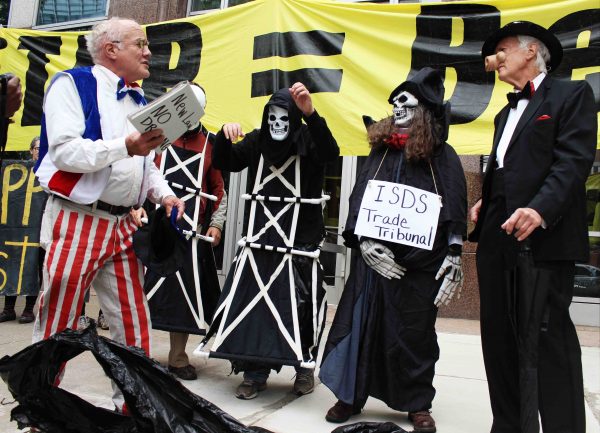 And tweets about what is going on today:

Mary from WVA testifies about why all #fossilfuels are bad no #drilling no #Fracking no #coal #RubberStampRebellion pic.twitter.com/EcGL6sqz5y

Thanks so much to BXE, Flush the TPP, our WV crew in D.C. and all the people worldwide working to #keepitintheground and get on with the renewable energy future. 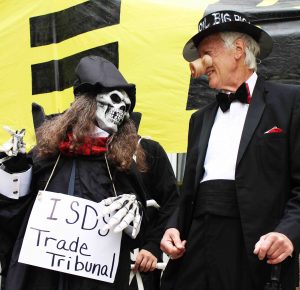