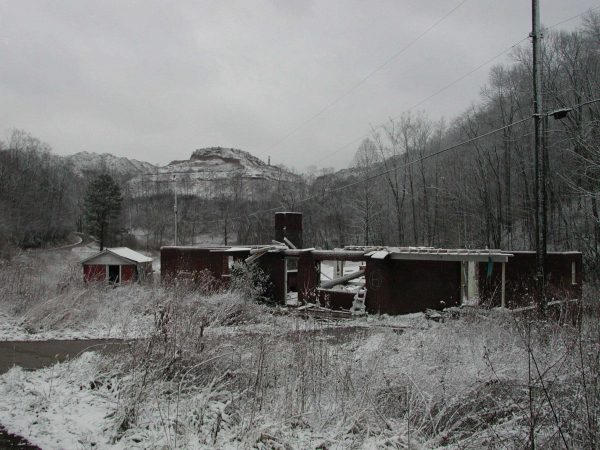 In early August of 2016, the Charleston Gazette reported that an “expert team being appointed by the National Academy of Sciences will examine a ‘growing amount of academic research’ that suggests ‘possible correlations’ between increased public health risks for Appalachian residents and living near mountaintop removal coal mining.”

In an action alert that month we noted: “The committee of experts undertaking this study is to hold four town hall meetings to gather information from folks like us about mountaintop removal’s health impacts. The locations and dates for these meetings have not yet been announced. Stay tuned.”

Finally we have several dates:

You can sign up for meeting updates on the study and meetings here.

We will definitely be posting updates and encouraging people to attend the meetings in Charleston, so, once again, stay tuned. Do contact us now at info@ohvec.org or 304-522-0246 if you are interested in helping get folks out to the meetings to speak up about what mountaintop removal has done to their health.

An initial meeting to get this project underway took place March 7 in Washington, D.C.

An ad hoc committee of the National Academies of Sciences, Engineering, and Medicine will conduct a study to examine the potential relationship between increased health risks and living in proximity to sites that have been or are being mined or reclaimed for surface coal deposits. The study will focus on four states in Central Appalachia. In particular, the study will:

1. Identify and briefly describe the main types of coal deposits in Central Appalachia that are extracted using surface mining techniques. Descriptions will include geologic and geochemical characteristics, mining and reclamation operations, and waste management approaches.
2. Summarize the state and federal regulatory frameworks for surface coal mining operations, including coal preparation plants and the associated coarse coal refuse facilities and slurry impoundments.
3. Systematically search and screen literature to identify relevant scientific publications on the potential human health effects related to surface coal mining operations. The committee will use the selected literature to accomplish the following:
a. Identify effects from surface coal mining operations on air, surface water, ground-water, and drinking water quality and on ecologic communities and soil that could potentially lead to human health concerns.
b. Evaluate the potential for short-term and long-term human health effects, which will include consideration of potential exposure pathways and relevant environmental contaminants and other stressors.
c. Assess the scientific and methodologic quality, rigor, and sufficiency of the scientific research.
4. Identify baseline data and approaches necessary to monitor environmental and human health indicators that may be affected by surface coal mining operations.
5. Identify gaps in research and needs for additional research that may assist in the development of new approaches to safeguard the health of residents living near these types of coal mining operations.

As we noted in that August 2016 action alert:

As soon as we started working to end mountaintop removal, back in the late 90s, people living near these operations told us that this extreme form of coal mining was making them sick. Back in 2004, when we were compiling comments for the draft environmental impact statement on MTR, we documented some of people’s health concerns.As the movement to end mountaintop removal grew, people’s demands that the health concerns be addressed grew, too. While politicians kept their heads in the sand, research accumulated, corroborating what residents were (and still are) saying.

People have pushed copies of all the studies into politician’s hands, in Charleston and in D.C. Folks have educated one another. Legislation, the ACHE Act, has been drafted. Rallies have been held, and the latest one, The People’s Foot finally struck a chord; as the August Gazette article notes, “The federal scientific effort also comes after West Virginia Department of Environmental Protection Secretary Randy Huffman surprised citizen groups in March 2015 — on the eve of a protest planned at his agency’s headquarters — by publicly saying that the health studies needed to be more closely examined by regulators, and the commitment less than a week later by Huffman and state Public Health Commissioner Dr. Rahul Gupta for a review of the issue.”

The Beckley Register Herald  reports that the $1 million study “will take two years and comes at the request of the West Virginia Department of Environmental Protection (WV DEP).”

Again we see that endless pressure, endlessly applied, leads us toward the outcomes we want.Studies, though are one thing. An end to mountaintop removal is entirely another, and we are still working on that outcome. There are many ways to continue applying the pressure we need (for instance, have you written a letter to the editor recently?) and stay tuned for one such opportunity that should be coming up: the committee of experts undertaking this study is to hold four town hall meetings to gather information from folks like us about mountaintop removal’s health impacts.

Please come out for these meetings! 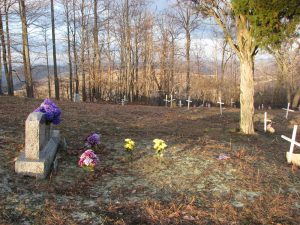