July 2019 E-Action: Tell the Senate to Save the Internet

A free and fair press is essential to a healthy democracy. Support your local newspaper—subscribe! But know who owns the paper…. As for cable news:
—

The “fourth estate” is a term that originated during the 19th century. The term can be traced back to England when three groups or estates made up Parliament: the nobility, the clergy, and the common people. The “public press” often weighed in on public affairs and because of this influence they were referred to as the “fourth estate”.

Today, all branches of the news media, including the Internet, have been called the fourth estate. However, stories today that pass as newsworthy differ dramatically from news stories covered by the three major news networks during the 1960s and 1970s: ABC, NBC, and CBS.

During the Vietnam War, it was not unusual to see photos or video of soldiers mortally wounded. Viewers rarely saw any graphic war coverage during the Iraq War and Persian Gulf conflict in the 1990s and 2000s. Today, few news stations report on casualties resulting from the global conflicts we are currently involved in, such as Afghanistan. 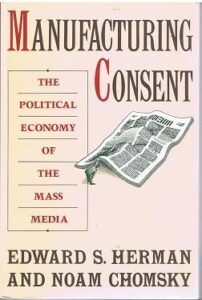 Why is that? Soldier casualties today are just as significant as the loss of our loved ones that occurred during previous wars and conflicts. My thoughts on this are that in many cases, the fourth estate has been, as Noam Chomsky would say, “manufacturing consent.” Or, to put it in different terms, when it comes to wars and conflicts, media takes the stance of “out of sight, out of mind.”

An even more troubling aspect of the news media today is the ownership of our sources of news. A chart in a 2018 Fortune magazine listed hundreds of news outlets and their owners. Basically, according to Fortune Magazine, all were owned or controlled by six corporations: Comcast, Disney, 21st Century Fox, Viacom, ATT, and CBS.

A Forbes article broke down ownership a bit more stating that 15 billionaires pretty much own most of the media and newsprint in the USA. Noam Chomsky once said, “He who controls the media controls the mind of the public.”

Malcom X said of the media, “The media’s the most powerful entity on earth. They have the power to make the innocent guilty and to make the guilty more innocent, and that’s power. Because they control the minds of the masses.” 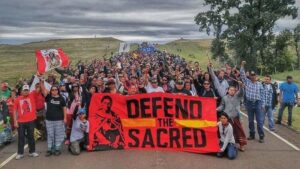 No better example of this quote can be found than in the misrepresentation of indigenous people during the conflicts at the Standing Rock Indian Reservation in North Dakota in 2016. The grassroots protests, supported by more than 180 tribal nations across the United States and Canada, were in opposition to the construction of the 1,172-mile long Dakota Access Pipeline (DAPL) by Energy Transfer Partners (ETP).

Originally, the pipeline was to cross the Missouri River near Bismarck, ND, but worries over possible contamination of the state capital’s drinking water resulted in the construction being moved to cross under the Missouri River, where a spill would threaten the Standing Rock Sioux’s water supplies and cultural resources.

There was very little media coverage of this ten-month-long protest, but when it was covered, the water protectors were portrayed as being violent. The water protectors including U.S. vets, were met with violence by North Dakota law enforcement and private guards hired by ETP.  Hundreds of arrests were made, water protectors were sprayed with water cannons, teargas, rubber bullets, percussion grenades, and some were even beaten and detained in dog kennels. If not for social media outlets, there would have been no support and no reporting about the events.

The Internet has become a major news source for the younger generation. A 2015 article published by the American Press Institute and based on research by the Media Insight Project revealed that even though Millennials do not visit newsprint or mainstream television news, their awareness of the world is not “narrow or passive” as one might believe.

Instead, this generation finds news on social platforms.  At least 69 percent said they get news on a daily basis and 86 percent reported seeing diverse opinions in their news sources, rather than one-sided views. A 2018 Pew Research study found that “the younger generation (under 50) are actually better at telling news from opinion than those over 50.”

The major corporations that control news often engage in “yellow journalism.” With sound bites and eye-catching headlines, newscasters present what I like to call “fluff” pieces. Gone are the days of well-researched, factual reporting. It has been replaced with scandals and sensationalism.

Since many local television stations are also owned by the same news outlets, there is no diversity in the local news. We can hear the same stories stated in almost an identical format with similar slants on multiple stations and in multiple papers. Those six corporations that control most media also decide what the American people need to hear and see. Often it is not ground-breaking news.

Except for letters to the editor or op-eds, many local newspapers fail to provide equivalent reporting on both sides of controversial subjects. When public opposition to issues like pipelines or fracking-waste injection wells are reported on, it is usually buried in the back of the paper. Additionally, “about twenty percent (1800) of all metro and community newspapers have gone out of business or merged since 2004.”

The media has also taken control of the narrative around health issues. Watch any main stream television station, especially during the evening hours, and you will see a barrage of drug commercials. We are being pushed drugs for maladies like restless leg syndrome to age spots.  Many of the side effects of the drugs are more hazardous than the diseases they are meant to cure.

This might be because only the USA and New Zealand allow direct to consumer advertising of prescription drugs. In a recent speech, Robert Kennedy Jr. said that “drugs companies spent $25 billion dollars in 2018” to advertise drugs. Even more disturbing is the fact that federal law bans the FDA from reviewing these ads before they are aired. It is hard to get fair reporting on damage done by drugs when the media corporation get so much revenue from pharmaceutical corporations.

A glaring example of the manipulation of what is deemed important is the extreme lack of coverage of the climate crisis that is threatening the world. Media seems only to mention climate change when the U.S. is experiencing catastrophic wildfires, tornadoes, or flooding.

ABC News spent more time in one week on the birth of the royal baby than it spent on the climate crisis in the entire year. In 2017, a year that saw some of the biggest fires in California history, news networks (ABC, NBC, CBS, and FOX) spent 260 minutes total on climate change and most of that coverage was in relation to President Trump’s comments about climate change being a “Chinese hoax.” Also see: How broadcast TV networks covered climate change in 2018

Climate strikes started by Greta Thunberg are going on all over Europe with thousands of supporters in the streets, yet it is rarely on our news. In a recent article co-published by the Columbia Journal Review and The Nation, MSNBC’s Chris Hayes was asked about the lack of coverage of climate change. He replied, “every single time we’ve covered climate change it’s been a palpable ratings killer. So, the incentives are not great.” Imagine that, the end of the world as we know it is being shrugged off because of TV ratings.

Another factor that may play into the lack of diversity and truth in the news is the net neutrality issue. Net neutrality, which was repealed in 2017, made sure that internet service providers cannot block free speech online. Without net neutrality, internet media can consolidate like television media. Independent news, which is more diverse and addresses community issues can effectively be silenced.

To put it bluntly, the media isn’t working for the people any longer. It serves us endless feel good stories and what passes for news has been so dumbed down it sounds like a grade school play. This serves effectively to placate us into believing that everything is alright and we should continue on our way. We need to be told the facts; the real news, not corporate-biased news. We need to see the reality of climate change… not reality TV shows.

One thing you can do is turn off Fox and other network nightly news shows. One great alternative is Democracy Now.

Another thing to do is to urge your Congressperson to support H.R.1644 – Save the Internet Act of 2019.  Scroll to the bottom of this web page to take easy e-action on that.

Most importantly, educate yourself and others about the climate crisis we face. As an OVEC volunteer with the Appalachian Gas Working Group media team, I am developing a curriculum module that can be used in area high schools. If you are interested in learning more about this, or in helping to get the curriculum into schools to help counter the indoctrination from the Independent Oil and Gas Association of WV (such as this) and the lobbying group for the WV Coal Association that is going on around here, comment on this blog. 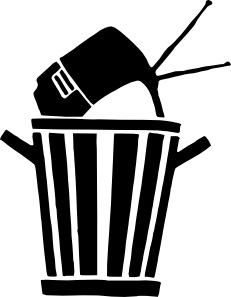