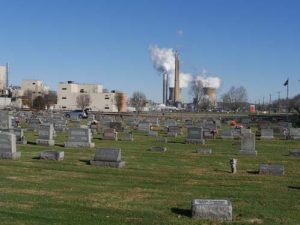 The rhetorical question, “If not now, when, and if not us, who?” has been used by many people throughout history. President Ronald Reagan used it when talking about budget cuts in 1981.  President Barack Obama repeated it when discussing the need for the adoption of universal health care. Today that question seems very appropriate when examining our unwillingness to address the issue of climate change.

This isn’t the first time I have discussed climate change and it will not be the last. In my opinion, and in the opinions of many climate change scientists who are members of the Intergovernmental Panel on Climate Change (IPPC), this is by far one of the most, if not the most dangerous threat to mankind’s survival in this century.

In their new 2018 report, this group of scientists convened by the United Nations described “a world of worsening food shortages and wildfires, and a massive die-off of coral reefs as soon as the year 2040.” The impacts of global warming on people and other species could be catastrophic if greenhouse gas emissions are allowed to continue at the current rate.

Clearly climate change is contributing to a variety of environmental problems; the increase of red tide in bodies of water, the shifting of USDA growing zones, more flooding in coastal cities, migration of insect pests, outbreaks of diseases, and even the relocation of some island populations in places like Louisiana and Alaska.

You don’t have to look far to see the effects in our area. I, along with other birdwatchers in the Ohio Valley, have noticed that certain species have declined in the past 50 years. For example, the Scarlet Tanager’s summer range has been steadily inching northward in the past twenty years. Additionally, Audubon has reported in a recent article that more severe storms are destroying salt water habitats and drowning shorebird chicks.

There is no longer a debate on whether or not climate change is happening or what is causing climate change. The current global temperature increases are anthropocentric (man-made). The question is: When will we finally decide it’s time to stop arguing and start addressing the “elephant in the room?”

As a scientist, I sometimes shake my head when I see the ridiculous statements made by non-scientific people, especially politicians, about what causes climate change. These statements are efforts to derail addressing this major problem. If we don’t blame it on humans then humans are exempt from taking steps to solve the problem.

How many times have we heard the comment “clean, beautiful coal?”  Coal is anything but clean. This was proven to me over forty years ago during a college laboratory experiment in my air pollution class. We used a device that was simply a vacuum cleaner with a paper filter. This device, called a high vol sampler, was left running for a month at a location close to two coal fired power plants. After a month, we removed the pre-weighed filter (which was now blackened with air pollutants) and weighed it.

After we found the weight of the particles, we then dissolved this filter in acid and analyzed the elements using a atomic absorption spectrophotometer. It was amazing to see just what elements were present in those samples. Of course carbon and sulfur were present but there were  also heavy metals such as arsenic, cadmium, thorium and even uranium in trace amounts. The most notable of the elements was mercury. The burning of coal for power generation results in the single largest release of mercury emissions in the USA. Even coal operations include a “coal washing” stage.

So to say coal is clean is really a ridiculous statement. It is even more ridiculous to say humans do not cause climate change. We are the problem. Once we accept this it will be easier to move forward with ways to reduce our carbon footprint or mitigate future destruction that will occur if we don’t.

The same week that the disturbing IPCC report was released, the Florida Panhandle experienced the most powerful hurricane ever to hit the gulf coastline. Coming on shore as a category 4 with winds of over 155 miles per hour, hurricane Michael crushed coastal cities and continued its devastation hundreds of miles inland. The death toll is currently at 39 with damages estimated at 4.5 billion dollars.The strength and speed of the hurricane was unprecedented and the National Center for Atmospheric Research blames the increasing global temperatures for the warmer weather that fuels storms like Michael.

Additionally, another Pacific coast hurricane,Willa, just made landfall in Mexico as a category 3. It was unique as it strengthened from a tropical storm to a category 5 in two days. Typhoon Yutu  is currently “ravaging” the US territories of Saipan and Tinian with 180 mile per hour winds.

Ironically, Florida, a state that sees its fair share of storms is under a “climate change “ gag order. In the spring of 2015, outgoing Governor Rick Scott banned the terms “climate change” and “global warming” from being used in any official communications, emails, or reports issued by Florida’s Department of Environmental Protection.

The week it came out, the IPCC report data received little to no media attention on the major networks. I timed the brief 15 seconds of airtime dedicated to the IPCC report by Lester Holtz of NBC Nightly News. Friends told me that PBS did a better job.

It seems strange that major news outlets as well as weather reports felt little responsibility to link this storm’s enormous power with our warming planet. But, all over the world local residents and indigenous people are sounding the alarm for addressing climate change.

The trial of the famous valve turners was set for October 8. These five people, made up of mothers, fathers, and grandparents temporarily disabled a tar sands pipeline in 2016 by closing the valves. They wanted to provide expert testimony on the necessity of their actions, in light of climate change.

However, the court, for some unknown reason, basically overruled itself and dismissed the case, thus not allowing the scheduled testimony of several expert witnesses such as Dr. Jim Hansen, Dr. Mark Seeley, and Bill McKibben. Many think the action was done to “gag” expert testimony from the press.

Drawdown, a recently published book edited by environmental economist Paul Hawken, “maps, measures, models, and describes the 100 most substantive solutions to global warming” along with the costs and savings of each solution. The authors feel that we can reverse the current buildup of climate changing gases if we act now.

The number two solution in the book was to use onshore wind turbines for electricity generation.

During a recent trip to Blackwater Falls State Park in West Virginia, my husband and I spotted an entire mountain ridge decorated with these majestic turbines. We could see them from our hotel room in the lodge. It was an uplifting feeling to see nature spinning those turbine blades. The book suggests that with a 1.23 trillion dollar investment in wind (going from 4 percent wind generated electricity to 22 percent)we could save 7.43 trillion dollars in energy and reduce global carbon emissions by 84.6 gigatons.

A survey conducted by the University of Michigan reveals that a “record number of US citizens believe that global warming is real and that humans are at least partially responsible.”

While some citizens may still believe that climate change will never affect them, data shows that it will indeed affect us all.  The virility of Michael and Florence was witnessed by millions along the gulf coast and in the southeastern states.

As the book Drawdown illustrates, we have the tools and the science to tackle this problem. Whether main stream media, government institutions, and state and local politicians join us remains to be seen, but waiting is not an option. The time is now and it is up to us. 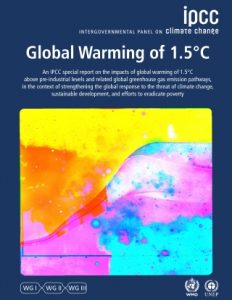