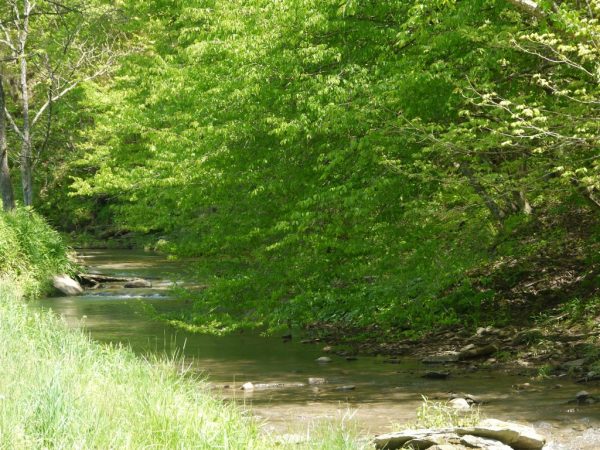 Not too many years after I was “bit” by the bird-watching bug, I realized that in order to have birds to watch, it was important for me to become actively involved with saving and preserving their habitats. By the way, the notion of appealing to a person’s self-interest is the first rule of organizing. As fate would have it, much of my working life has entailed helping to preserve not only the habitat of my feathered friends, but also the air, water, and land on which all life depends.

Returning to school to work towards a Master’s Degree in biology, I also began to connect my avocation (bird watching) with my course work. For example, I thought of the osprey as a great indicator of water quality. Here’s why: The osprey is a raptor which only eats fish. If the fish in a river or stream is exposed to toxic chemicals in the water or sediments, the fish will accumulate those toxins in its body. Then, when the bird eats the fish, it, too, takes on those toxins.  The more fish an osprey eats, the greater the concentration of toxins in its system. (The same applies of humans!)

During our country’s industrialization, as our rivers became pollution spillways for manufacturing, the chemical industry and other water-dependent businesses, the osprey’s numbers began to dwindle. Really dwindle. Additionally the bird’s precipitous decline could be traced to run-off from pesticides (especially DDT). Fortunately, when DDT was found to be a major cause of decreasing bird populations, its use was outlawed in the United States, but not without a fight. Since we’ve banned DDT, the osprey, the bald eagle and other bird populations have rebounded, but that’s not to say all is well with the birds. 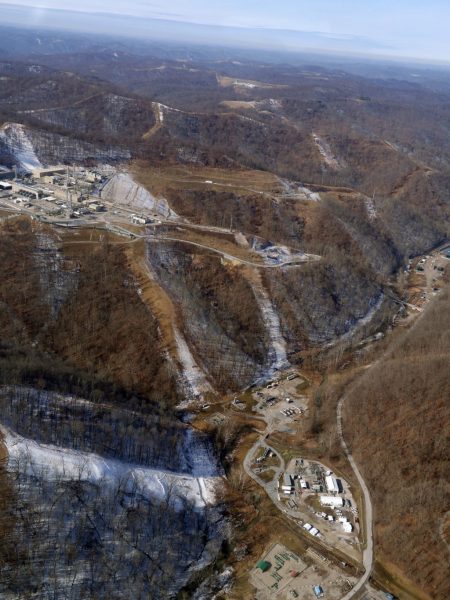 An aerial image of what once was the community of Mobley in Wetzel County helps to illustrate the habitat fragmentation resulting from fracking-related activity. Photo by Vivian Stockman; flyover courtesy SouthWings.org.

Recently, I read the WVU study, carried out in Wetzel County, about the negative impacts of fracking on the Louisiana waterthrush. Here’s what the researchers found: “Their results show that as shale gas development has expanded in the area, nest survival and productivity and riparian habitat quality have declined. At the same time, the size of individual waterthrush territories has increased, suggesting birds need to range farther to find sufficient resources.”

Those of us who understand our connection to nature, that our fates are inextricably linked, have deep gratitude for the researchers who authored this study—for their foresight and knowledge.  While we, as humans, can see destruction of habitats and conclude that wildlife is being harmed, we need data like the kind this study provides as scientific evidence of harm.

It pains me to imagine a forested stream in our hills and hollows without the ebullient song of this unique little bird. The Louisiana waterthrush is one of the first birds to return from the south to our headwater streams; its song heralds spring and a new nesting season. It’s a bird I expect to hear soon. It bobs and dips along a creek much like a sandpiper, as it searches for insects in and around the water. It is water dependent; in scientific terms, it is a water-obligate species—it requires the presence of small flowing streams in a forest in order breed successfully. This species is also known as a habitat specialist.

As a habitat specialist, Louisiana waterthrush needs very specific surroundings in order to live and especially to thrive. According to Cornell Laboratory of Ornithology the bird “breeds along gravel-bottomed streams flowing through hilly, deciduous forest,” like the streams in Wetzel County where the study of its nesting success and productivity took place. This species eats insects, arthropods, earthworms and flying insects. As a ground nesting bird, it constructs a cup of mud and lines it with plant material in a small hollow or adjacent to a stream.

No rocket science is needed to understand the harm that can happen to the Louisiana waterthrush and other aquatic life when streams are disturbed by fracking-related activities, whether the construction of pipelines through streams, withdrawal of water from the streams to use at a fracking job (4-7 million gallons per frack!) or run-off brine or produced water polluting streams (accidentally or otherwise). Either way, the Louisiana waterthrush stands to lose. And for that matter, so do we all.

Birds are one of the most accessible species of wildlife. According to recent research, they have existed for 100 million years, co-existing with the dinosaurs. Their beauty, allure, and singing have inspired and captivated so many—poets, artists, filmmakers, novelists, scientists, naturalists and ordinary people like me. Beyond the intangible benefits of protecting habitat for the waterthrush or other birds, good economic arguments can be made.

According to a 2016 Survey, in the U.S., the number of people who watch birds at their home or away is around 45 million. A 2011 national survey by the U.S. Fish and Wildlife Service indicated that “bird watchers spend nearly $41 billion annually on trips and equipment. Local community economies benefit from the $14.9 billion that birdwatchers spend on food, lodging and transportation. In 2011, 666,000 jobs were created as a result of bird-watching expenditures.”

Think about it. Bird watching, unlike oil and gas development, is not extractive and can provide local economic development. And we won’t have fewer birds because we watch them. Birding can create local economic development for the long-haul (unless we allow all of our state’s great birding habitat to be destroyed for short-term gain). The New River Birding and Nature Festival is a wonderful example of a West Virginia, nature-based economic venture.

Since 2002, in late April and early May, this birding festival has attracted birding and wildlife enthusiasts from throughout the nation. Participants can see up to 100 bird species during the week-long event. The Cornell Laboratory of Ornithology has designated this West Virginia birding festival as one of the top ten in the nation, not only for the birds that can be seen there, but also for the knowledgeable guides and speakers.

One of West Virginia’s greatest assets is our wild, natural beauty. Our state’s leaders would be prudent to think long-term by acting to protect forested stream habitat for the Louisiana Waterthrush. This type of forward-thinking is not just for the birds; it will also protect air, land, and water for our state’s residents and future generations.

Also see: How Pipelines are Changing the Dynamics of PA Forests

Editor’s note: Janet Keating was an OVEC staffer for 24 years before her retirement. It was her love of birds and birding that first brought her in contact with OVEC.  While she was a leader in the local Audubon Chapter, she met OVEC’s founder and director, Dianne Bady, during the formation of the West Virginia Environmental Council. Janet was OVEC’s second hire. When she retired on October 1, 2016, she had been our executive director for nine years. 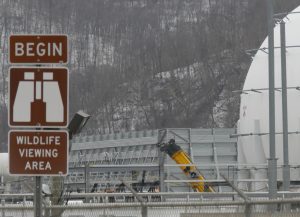