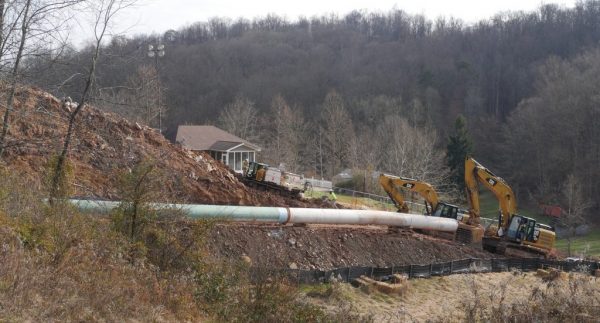 How much money should landowners get when an oil or gas pipeline crosses their land?

As it stands, landowners receive a one-time payment roughly based on the length of the pipeline, with rates varying from $5 to $50 per foot or more for a Marcellus or Utica shale pipeline right-of-way agreement.

Is that really fair compensation?

Most landowners probably don’t think so. For example, in Virginia, 1.1 mile of the Atlantic Coast Pipeline will slice through Irene Leech’s 1,200-acre family farm, putting all the buildings squarely in the middle of the official—and some say underestimated— 220-yard incineration zone. (Leech shared information about her property in an e-mail to a pipeline-concerns listserv.) At 42-inches in diameter, it is larger than 99 percent of the pipelines across the nation. The 25-yard permanent easement alone will eat up 10 acres of the property, while the blast zone encompasses 88 acres.

The pipeline will turn her home into an industrial zone with all the health hazards, safety risks and inconveniences that come with it, and these dangers and drawbacks will never go away and will only increase year after year as the pipeline ages and requires more maintenance.

Meanwhile, an oil or gas pipeline moves product for profit across land, according to David L. Ganje, an attorney who wrote a blog post on whether Dakota Access Pipeline easements were a fair deal for land owners. At peak capacity, millions of dollars of oil will be moving through the pipelines every day, he said.

Unlike a public utility easement that crosses land to provide common services such as water or sewer or electricity, pipelines are in the business of making a profit and don’t provide any sort of a direct benefit to the land or the locals, he said.

In light of this, Ganje and others suggest that companies pay a yearly royalty for the use of the pipeline. That makes sense in the view of the benefits, the burdens and voluntary risks the various parties assume.

The pipelines’ owners, stockholders and employees all derive income without having their private property burdened in any way. The people who will be using the gas, whether on the east coast or overseas, will benefit with no burden to their private property. The county will receive some benefits from the property taxes collected annually though the revenue likely won’t offset the true social and environmental costs which will fall most heavily on the locals. The pipelines will also be a source of taxes at the state level in West Virginia and Virginia, though, once again, the money won’t be able to make up for the sheer ugliness and environmental degradation created by an extractive economy that will destroy beautiful rural areas and turn them into hazardous industrial deserts.

When it comes to risk, the pipeline companies are in the business of turning high risks in to high profits, and everything they do is calculated to maximize their profits. The investors, too, have taken on the risk of their own accord, and many probably have the option to invest or divest as they see fit.

But landowners in the path of a pipeline can’t take it or leave it. For most of them, their home and land likely represent their greatest asset. Their fair compensation ought to be based, not on the fair market value of their land, but on the value of the product moved through the pipeline. 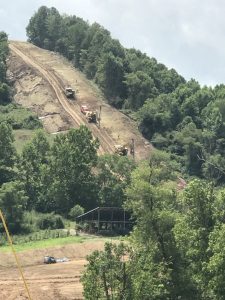