CHARLESTON, W.Va.— A federal review of West Virginia’s oversight of mountaintop-removal and surface coal mining has revealed persistent failures to enforce mandatory protections, such as water-quality standards, designed to protect people and the environment from controversial coal-mining practices.

The review was conducted by the U.S. Office of Surface Mining Reclamation and Enforcement following a petition by 18 state and national public-interest groups. The agency’s three-year review has spurred key changes in how the state monitors and prevents storm-water runoff and reclamation of topsoil and mandates enforcement action for effluent releases that exceed Clean Water Act and Surface Mining Control and Reclamation Act limits.

“The history of the West Virginia’s mining regulatory program is rife with foot-dragging and delay when it comes to meeting its responsibilities for protecting water resources,” said Cindy Rank, mining committee chair for the West Virginia Highlands Conservancy. “Though it’s disappointing that the program has to be spurred on by citizen lawsuits and petitions to federal mining regulators to nudge the state along, we’re grateful for this new bit of prodding. We now must watch carefully to ensure the promises made in response to this petition will lead to real, on-the-ground improvements.”

The five areas where federal regulators agreed with petitioners that West Virginia’s program was in need of substantive improvement were:

The main request of the petition — that federal regulators assume enforcement and administration of West Virginia’s program — was denied after the state committed to making substantive improvements to comply with the law in each of those areas.

“This important report confirms that state inspectors failed to keep up with new pollution-control standards and compliance timelines, often were not sampling pollution discharges that exceed water-quality standards, and when their sampling did show illegal pollution levels, frequently failed to take enforcement action,” said Jim Kotcon, chair of the West Virginia chapter of the Sierra Club.

The state’s chronically poor oversight has included a persistent failure to conduct inspections meant to protect people and the environment from coal companies that operate outside the law. Out-of-control mountaintop-removal coal mining is linked to epidemics of cancer, cardiovascular disease and birth defects in affected communities. West Virginia has also failed to undertake required assessments to ensure streams, rivers and drinking-water wells aren’t harmed by mountaintop-removal mining and other destructive surface coal-mining practices.

“Although long overdue, these new commitments to bring the state’s mining program in compliance with laws that protect our lands, waters and communities come at an opportune moment,” said Angie Rosser, executive director of West Virginia Rivers Coalition. “As a new administration takes the reins it’s a good time to clean up our act. The state and its people simply can’t absorb any more of the costs when coal companies, and the agency charged with overseeing them, operate recklessly and outside of the law.”

Specific examples of actions West Virginia has promised to take in response to federal investigations resulting from the petition include:

“West Virginia’s on notice that we’re watching them closely,” said Lori Ann Burd, environmental health director at the Center for Biological Diversity. “The state’s chronic failure to enforce the law has resulted in terrible harm to communities and the environment. Now we have to make sure state regulators follow through with the commitments they’ve made in response to this petition and investigation.” 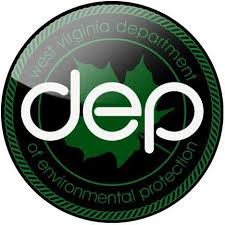 May 6 2019  Action Alert
May You Join in Building People Power!