WASHINGTON, D.C. – The Sierra Club, Ohio Valley Environmental Coalition (OVEC), and West Virginia Highlands Conservancy, announced a $6 million stream restoration and reforestation settlement today with the Virginia Conservation Legacy Fund (VCLF). The settlement will support pilot restoration projects — administered by Appalachian Headwaters  — in West Virginia to address the legacy of decades of destructive mountaintop removal coal mining. Today’s announcement came about after VCLF purchased coal mines from Patriot Coal during the company’s bankruptcy last year and the environmental groups succeeded in ensuring that the cleanup obligations for the mines would be respected by the new owner. VCLF has also agreed not to conduct any further surface coal mining in West Virginia, other than coal removal associated with reclamation work.

“No coal mine owner is exempt from cleaning up the scarred landscape left behind by years of mining, or the need to protect local communities from the filthy waste that can leach from their mines and contaminate local land and water resources,” said Mary Anne Hitt, Director of Sierra Club’s Beyond Coal Campaign. “As a West Virginian, I’m pleased that this settlement will go toward cleaning up mining sites across my state and hold VCLF accountable to the communities who have such deep roots in these areas.”

As part of the $6 million settlement, VCLF received a three-and-a-half year extension to the selenium water pollution treatment deadlines in an existing settlement reached between the groups and Patriot Coal, and was given a reprieve from a Clean Water Act conductivity pollution enforcement case brought by the environmental groups — though the groups can refile that case again in the future.

“With this settlement, VCLF has the opportunity to not only meet its obligations as a mine owner, but also show other mining companies across Appalachia how to operate after their mines have completed their life cycles,” said Dianne Bady of Ohio Valley Environmental Coalition. “We are not only going to make sure VCLF faithfully delivers on today’s agreement, we are also going to promote its example to other mine owners in the region.”

The pilot reforestation and restoration projects to be funded under the settlement will go far beyond the minimal mine site cleanup required under current law. Appalachian Headwaters will work with leading researchers to develop new reclamation methods to restore native hardwood forests and healthy streams.

“Today’s settlement should lead the way to more responsible land reclamation at mined lands in West Virginia and across the region,” said Cindy Rank of the West Virginia Highlands Conservancy. “It also serves as a reminder that when a coal mine shuts down, there is still work to be done to ensure its safe transition to useable land for future generations.”

The groups were represented in today’s settlement by Appalachian Mountain Advocates, a non-profit law firm based in Lewisburg, West Virginia. 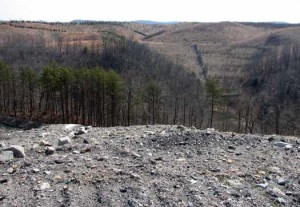