Dani Parent is the newest member of OVEC’s communications team.

A lifelong teacher and activist, she was a volunteer for the Kentucky Young Democrats in her youth and has been an outspoken advocate for children and families since. She holds an associates of arts in general studies and an associates of science in general studies, and has a working background in writing, graphic design, mass communications, and marketing. She also earned two bachelor of arts degrees in 2015 from Marshall University in literature studies and secondary education, and began pursuing a masters in leadership. During this time she assisted in digital communications and marketing for many local businesses.

Upon graduation she began working at Huntington East Middle School as a special education teacher and joined the executive committee of the local chapter of the West Virginia Educators Association. She helped to organize her building and her county during the 2018 teacher’s strike and found an outlet for her advocacy in union organizing, becoming a founding executive committee member of the Future of 55 Political Action Committee and an active communicator for the West Virginia United Caucus.

For Dani, environmental activism is a vital part of social justice work—fighting for the health, betterment, and unity of all Appalachians. 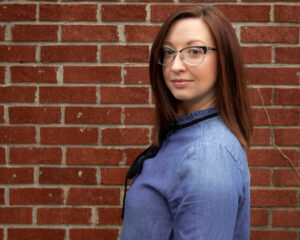