Charleston, WV – Citizen and environmental groups have reached a landmark settlement agreement with Alpha Natural Resources that requires the company to bring its pollution discharges from four mountaintop removal coal mines into compliance with narrative water quality standards. The agreement includes enforceable conditions and timelines that the groups believe will require the company to install treatment technology to reduce harmful conductivity pollution.

The mines at issue are operated by Alpha subsidiaries Elk Run Coal Company in Boone and Alex Energy in Nicholas Counties, WV. The groups – Ohio Valley Environmental Coalition, West Virginia Highlands Conservancy, and the Sierra Club – and their attorneys with Appalachian Mountain Advocates and Public Justice previously secured a decision from the U.S. District Court for the Southern District of West Virginia finding the company liable for Clean Water Act violations. Although the settlement agreement allows the company to attempt to come into compliance by improving the biological integrity of the receiving stream, it also includes firm backstop requirements that will trigger the installation and operation of pollution treatment technology to reduce conductivity to meet EPA’s benchmark of 300 µS/cm. The settlement also requires Alpha to retire the only remaining dragline in Central Appalachia not already subject to a retirement agreement.

“In order for the company to avoid treating its conductivity pollution, it would have to succeed in restoring streams despite the presence of conductivity at levels that multiple peer reviewed studies conducted by well-respected scientists have demonstrated are devastating to aquatic ecosystems,” said Cindy Rank of West Virginia Highlands Conservancy.  “We are confident that this agreement will ultimately force the company to treat its conductivity pollution.”

“This is the first time a mining company will be subject to enforceable deadlines that will lead to the use of treatment technology for conductivity pollution,” said Dianne Bady of Ohio Valley Environmental Coalition. “That’s a great first step, but unfortunately we know that mountaintop removal  mines across Appalachia are releasing harmful pollution every day, and state regulators continue to authorize similar operations.”

Today’s settlement follows closely on the heels of last week’s announcement by the citizen groups that they are preparing a new lawsuit against Patriot Coal subsidiary Hobet Mining regarding conductivity pollution into the Mud River watershed from that company’s sprawling Hobet 21 mine complex.

“EPA came out with its conductivity benchmark years ago, and the science behind it has only gotten stronger, so why does it still fall to citizen groups to actually enforce the benchmark?” said Jim Sconyers of the West Virginia Sierra Club. “State and federal regulators are asleep at the wheel while our streams and communities suffer.”

The citizen groups who are parties to today’s settlement, along with other local, regional, and national organizations, continue to call on the Obama administration to follow the overwhelming science and establish an enforceable water quality standard on conductivity pollution from surface coal mines in Appalachia.

The settlement will be lodged with the court for 45 days pending review by the U.S. Department of Justice. The citizen groups were represented in this matter by attorneys with Appalachian Mountain Advocates and Public Justice. 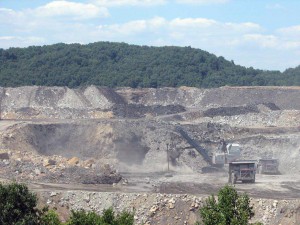