Charleston, WV – Local citizen and clean water groups filed suit today in the U.S. District Court for the Southern District of West Virginia over widespread water pollution from Coal-Mac, Inc.’s sprawling surface coal mining complex in Logan County, West Virginia. The complex includes surface mines, preparation plants, and refuse facilities in the Pine Creek watershed. The groups are alleging that Coal-Mac, an Arch Coal subsidiary, is violating the terms of its Clean Water Act pollution discharge permits and its SMCRA surface mining permits. In addition, the groups claim that Coal-Mac is violating the terms of its Clean Water Act section 401 water quality certification, which cleared the way for the U.S. Army Corps of Engineers to issue a section 404 fill permit for the mine.

Before Coal-Mac began operating in the watershed, the streams had low pollutions levels and healthy streams. Today, the streams are choked with ionic pollution and only the most pollution-tolerant organisms remain.

“It’s a shame we have to sue to force this company to follow the laws — laws written to protect us,” said Vivian Stockman with Ohio Valley Environmental Coalition. “When coal corporations allow their mining activity to pollute our streams, they aren’t just killing off bugs, but they are also threatening the area’s biodiversity. That ultimately means a threat to human health and wellbeing.”

Coal-Mac’s parent company, Arch Coal, is widely reported to be in dire financial straits and on the verge of filing for bankruptcy. Recent analyses show that about 72 percent of the coal from West Virginia, Kentucky and Virginia is mined at a financial loss, and companies are attempting to limit those losses by continuing to destroy mountains despite a dramatic and increasing market glut of coal. The overall decline of Appalachian coal production and profitability is a result of a revolution in the energy sector that includes rapidly falling prices for other energy sources and overwhelming grassroots public demand for clean energy, combined with enormous environmental liabilities based on the industry’s short-sighted and irresponsible mining practices.

“We’ve all known for years that these mine operators’ reckless behavior comes with a steep price,” said Liz Wiles, Chair of the West Virginia Sierra Club. “The question now is whether companies like Coal-Mac will be forced to bear that price themselves, or whether they’ll be able to pass it along to local communities and the other citizens of West Virginia.”

This case is one of the first times that the groups are suing to enforce a condition in a Clean Water Act section 401 water quality certification. Before the Army Corps may issue a “dredge and fill” permit under section 404 of the Act, state regulators must certify that the proposed fill project will satisfy water quality requirements. State 401 certifications may, as in this case, prohibit violation of water quality standards and the dumping of toxic mine spoil into streams.

“It is difficult to comprehend how, despite legal requirements to prevent degradation of streams, despite permit limits established to protect these specific areas, despite conditions agreed to by the company when receiving permits to mine, still today discharges from these mines have degraded the quality of the streams, reduced the aquatic life and diversity that once thrived here,” said Cindy Rank of the West Virginia Highlands Conservancy.  “It is important for people who live by and enjoy these streams and for the future of the state of West Virginia that greater care must be afforded to the waters we leave for our children and our children’s children.”

The groups are represented in this matter by attorneys Mike Becher and Joe Lovett of Appalachian Mountain Advocates. 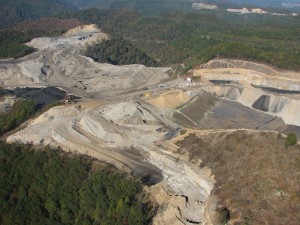