An Urgent Appeal from WV SORO:
Earlier this week, seven Senators introduced SB 508, which would take away citizens’ ability to bring “nuisance” suits against against oil and gas drillers.  As we reported in our Summer 2015 newsletter, a number of these cases have been filed in Doddridge, Harrison, Marion, Pleasants, Ritchie and Kanawha Counties against companies drilling and operating wells to the Marcellus and other shale formations.

SB 508 undermines the law hundreds of West Virginians have used to file suit against the oil and gas companies whose activities have negatively affected their quality and way of life, making it virtually impossible for other affected residents to bring similar suits in the future. Bringing this type of legal action is the only recourse many people have.  We can’t let the Legislature take this right away.

Please contact members of the Senate Judiciary Committee and your Senators and tell them to oppose SB 508 and preserve our right to bring nuisance suits.

Need some inspiration? Here’s a letter one SORO member sent to her legislators:

It is clear some of the state legislators want to reduce the cost of extraction by transferring damage done by gas drillers and strip miners to the rural folks living in and near these sacrifice zones. Not everyone has that option, or the desire, ability and funds to move to an unaffected area. Can you imagine working your entire life, settling down in your home to finally retire, only to have drillers show up and build a well pad next door?

Residents of our state deserve protection from outside multimillion dollar corporations. What SB 508 does is to revise the definition of a nuisance suit almost out of existence. This bill favors corporations over middle class and poor West Virginia citizens. Please vote NO on SB 508.

Thank you for taking action! 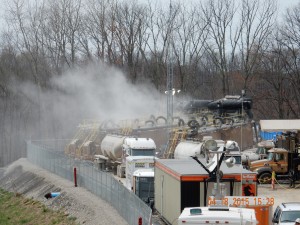