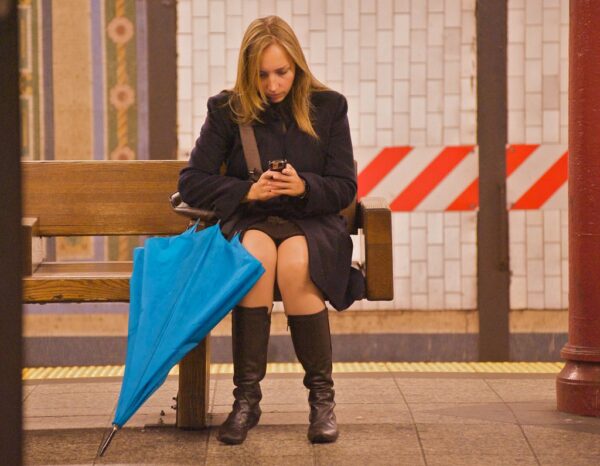 Above: “Gaaah! My boyfriend just told the world he’s breaking up with me, on Facebook…” by Ed Yourdon is licensed under
CC BY-NC-SA 2.0. Right: Crop of “Automotive Social Media Marketing” by socialautomotive is licensed under CC BY 2.0.

You just clicked on the “angry” icon on a story about climate change impacts in your Facebook newsfeed. Next you share it with your 575 friends and post the same news-link to your Twitter account that has 375 followers. That felt satisfying and harmless enough, didn’t it?

Interestingly, a little later that day, you received a story in your Facebook feed regarding your Congress person’s recent remarks on CNN which support your views. You “like” this story and you also share it to Facebook and Twitter. When you performed those actions, were you aware that your mind was being “mined” or manipulated? Did you realize that your actions provided Artificial Intelligence (AI) with information into your personal psychology to learn what triggers a response in you such as keeping you on-line for a greater amount of time and perhaps subtly altering your views?

I didn’t really give my own use of social media much thought until I watched the 2020 docudrama, “The Social Dilemma,” twice.

Directed by Jeff Orlowski and written by Orlowski, Davis Coombe, and Vickie Curtis, this film gives a deeper look into the serious mental health issues adolescents are currently facing because of social media. Additionally, through a series of interviews with former big tech workers who believe regulation is needed, we learn how through the use of the technology of the big tech companies, (Google, Facebook, Instagram, Twitter, TikTok and others) forces exist that are undermining and de-stabilizing democratic nations globally where elections are held, sowing division, discord, misinformation and hatred among people (think about our current polarization) especially through manipulation from third parties with conspiracy theories and fake news.

Ironically, “fake news,” is a real phenomenon which spreads like wildfire on-line; and this false information is used to make money for these companies from their advertisers or to influence your views. According to this film, misinformation spreads six times more quickly than factual information. By its very nature, social media exponentially amplifies gossip and hearsay.  Online, we hardly know what is real and true anymore. As one interviewee expressed, we’ve reverted to tribalism and no longer have a shared reality. Everyone is operating on their own set of facts.

Use of social media has become a tool (for good or ill) to promote events; and it’s already being used as a tool of persuasion by extremists groups and politicians—like the shout out from Trump to his supporters to come to Washington, D.C. on January 6, 2021, “to stop the steal.” During this televised, real-world event, we saw the resulting death and destruction from the insurrection at the Capitol, the devastating attempts to undermine democracy and our Constitution through violence. (If you haven’t read a piece in The New Yorker magazine, “Among the Insurrectionists,” or seen Luke Mogelson’s in-person footage and his later analysis, it is jaw-dropping and totally worth the time. He lays much of the blame for the insurrection not only on the man at the top, but also on big social media platforms that for weeks, spread the fear mongering, propaganda, and lies about a stolen election.)

Some, but certainly not all of the people who invaded the Capitol, thought that their actions were justified, that they were true patriots. Was it any wonder?  Hadn’t they been fed “the big lie” for months?

Make no mistake. You, the subscriber to any social media account, also known as the user, are a commodity. You are for sale by big tech platforms to their advertisers. As the film points out, you are not paying for the product, YOU ARE THE PRODUCT. Big tech’s “attention extraction model” wants you to spend as much of your life on-line as they can garner; their “services” are free to you, but paid for by their advertisers. So, maybe you are already aware of this.

No big deal.  Right?  Not so fast.  Not only are you for sale, but also, through their use of artificial intelligence (and algorithms), they seek to change your behavior, gradually and slightly. What the tech companies need in order to be successful is collecting a boatload of data; and now through infinite tracking, everywhere you go (literally or on-line), whatever you do, is collected. Welcome to the new marketplace.

I was really struck by the following quote that flashed a across the screen during the film:

“There are two industries that call their customers users: illegal drugs and software.” –Edward Tufte

You might be asking yourself so “What’s the harm in all this?” Undoubtedly, because of the internet and social media, some really good things have happened. Nevertheless, when our technology moves so quickly, those that develop it may have little interest or knowledge of the unintended consequences. Early in the film we hear—perhaps the most concerning of all the impacts of social media—how it is negatively affecting the mental health of adolescents in our nation.

Think back for a moment to your own tender teenage years. We all have felt and eventually succumbed to peer pressure. We want to belong. It’s human nature. The film underscores that as humans we have evolved to care about what other people think about us, but surely not what the whole world thinks. Gen-Z is the first generation to be “raised” on social media. Alarmingly, since 2010-2011, depression in teens has risen 62% and 189% in pre-teens. Suicide by teens between ages 15-19 is up 70% and up 151% in pre-teens. Studies have indicated that today’s teens are more anxious, fragile, depressed, go on fewer dates and have fewer driver’s licenses. It begs the question:  What is happening to our teens? How are their brains and lives being affected?

Some of those interviewed were very frank: the technology is advancing exponentially, and our brains haven’t evolved at all. Our brains are very, very old. Globally, there are massive rooms of computers gathering information on all of us, manipulating all of us with their “digital pacifier” when we are feeling sad or lonely. Their algorithms are “optimized to some definition of success” which generally translates to money and have a “mind” of their own; we’ve nearly lost control of these systems. One interviewee put it succinctly: “playing against AI is not a fair fight; it knows everything about you; you know nothing about it.”

Another interviewee warns that social media has brought us to an existential threat; while technology is not the threat, the ability for technology to bring out the worst in society, that is the existential threat. He expressed that he was most worried about civil war in our nation, the destruction of our society through not addressing climate change, concerns around economic decline and autocracy. Even more chilling was the comment: “How do you wake up in The Matrix when you don’t even know you’re in The Matrix?”

What do these tech experts suggest as some solutions to fight and protect ourselves and our children against a technology that “controls us, connects us, manipulates us, divides us, monetizes us, distracts us and polarizes us?” Here’s the short list: First and foremost, it’s a bad business model. It needs to be regulated and laws put in place. There needs to be competition.  There should be financial incentives for doing what is right. Data collection needs to be taxed. Congress needs to stop protecting these powerful companies and put the national interests (people) first. Some suggest that some of these “markets” (just like the markets to harvest and sell human organs) need to be outlawed.

We all know from our own experience of advocating for what is right and good, that most of all, it will take the collective will and massive public pressure to turn this “supertanker” around. In the meantime, the experts suggest that you can turn off all the notifications on your phone and computer. Delete your social media accounts. As for kids, you might want to prohibit use of phones and social media until high school and set up a time budget for the kids. Zealots on this subject in the tech industry do not allow any screen time for their children. That tells me all I need to know.

This docudrama will give you a deep and disturbing dive into the dark underbelly of big tech companies. I encourage you to check it out. 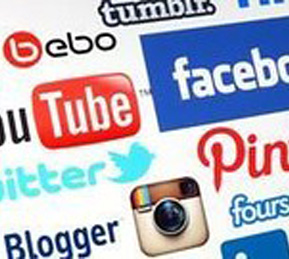