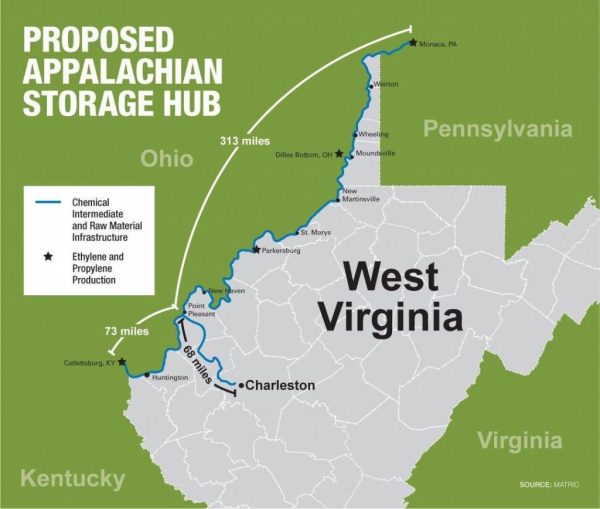 We are just a few days away from our #PaddleAgainstPetro action on June 18, in Pittsburgh, PA. You can visit the Facebook event page here.

In conjunction with the action, a coalition of citizen groups from PA, WV, and OH have developed sign-on letters for individuals and other groups to show their opposition to a proposed mega-petrochemical complex referred to as the Appalachian Storage and Trading Hub in mainstream media.

Show your support of the #PaddleAgainstPetro action, and voice your solidarity by signing today.

Find the organizational sign-on link here and the link for individuals to sign on here.

The letter reads as follows:

We, the undersigned, come together as organizations, individuals, and allies to stand in solidarity to oppose a mega-petrochemical complex proposed for the Appalachian region. This proposed petrochemical industry build-out, often referred to as the Appalachian Storage and Trading Hub, would impact more than 400 miles of streams and rivers within the Ohio River basin and would encompass more than 50 counties in Pennsylvania, Ohio, and West Virginia. Our reasons for opposing this project include:

This buildup would pose a threat to those living in the immediate area, exposing them to numerous health and safety risks, including air and water pollution, and also has the potential to impact the lives of those in other states living downstream. The majority of the petrochemical refining and storage would take place along the Ohio River, and would present a risk to aquatic ecosystems and the millions of people who depend on the river and its tributaries as drinking water.

The petrochemical complex would have an excess of potentially hazardous infrastructure such as pipelines, underground storage facilities, cracker plants, massive petrochemical refineries, and more that would zigzag our region. It would also facilitate an extreme increase of fracking infrastructure; meaning more frack pads, pipelines, and compressor stations. All of which comes with its own associated risks. The industry envisions this petrochemical complex as a reason to further tap the Marcellus, Utica, and other shale formations in Appalachia, as liquid byproducts from fracking would be used to to refine petrochemicals and manufacture plastics.

We, however, envision a region with a sustainable economy where workers, communities, and public health are not jeopardized. We reject a corporate business plan that puts profits over people. We no longer want to depend on a fossil-fuel-driven boom and bust mono-economy that hinders sustainable economic development for our region. Our region has a long history of extreme economic woes left in the wake of fossil-fuel-driven industries. Many areas identified for this proposed infrastructure are already low-income and struggling to recover from other extractive industries. Opportunistic companies behind the proposed petrochemical complex are using our economic hardships as a means to exploit our people and resources. This predatory-like behavior makes the issue not only one of environmental justice, but economic justice as well. Unlike the industry, we work from the grassroots and listen to the needs of our neighbors. We will collaborate for healthy families and a just economy to usher in a better alternative for our local communities.

Our struggle here also connects to the global community. This petrochemical buildup in Appalachia threatens our planet with increased greenhouse gases, which accelerate climate change. The plastics manufactured from this hub will lead to the further degradation of the oceans, and to suffering in other parts of the world already dealing with plastic pollution. For example in the Philippines, plastic waste is literally choking out the livelihood of fishing villages. We must take responsibility as a country and acknowledge our mass consumerism is harming our neighbors worldwide.

As we stand in opposition to this complex at our back door, we also pledge our solidarity to similar areas of existing petrochemical buildup like those in Texas and the infamous “Cancer Alley” in Louisiana. These are areas where environmental racism has resulted in petrochemical companies being allowed to impact residents’ mental and physical well-being. People living in Cancer Alley have spent decades putting their lives on the line battling petrochemical infrastructure, and as we highlight their own fights in the Gulf, we look to them for wisdom and inspiration. We are all truly in this together, as people, and must unite ourselves for a better world free from fossil-fuel-driven economic and environmental catastrophe.

In conclusion, we stand in coalition, working together for a better region and world where citizens have a say in their own lives and economy, and don’t have to sacrifice their communities for profit. We must all recognize our own use of the materials created at these refineries, and how they impact all our lives, from raw material extraction, to manufacturing, to the pollution that results from the end product. Studies have shown that solar and wind energy create many more jobs than fossil fuel industries, and those are safer jobs that don’t put our neighbors and future generations at risk. Small businesses could be manufacturing alternatives to plastic. Our representatives from West Virginia, Pennsylvania and Ohio should be working to facilitate the transition to modern and clean energy, a transition that could provide many thousands of jobs without sacrificing everything that makes the Ohio Valley region a good place to live and work. Instead, our politicians answer to corporate-paid lobbyists while we, the citizens, fight for a better tomorrow.

Your Organization or Your Name

Sign-on and lend your voice to ours! 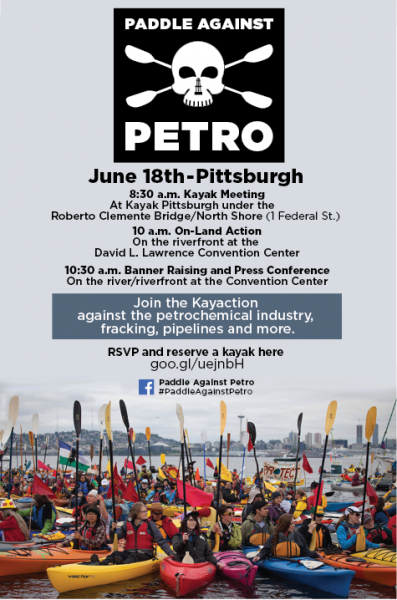