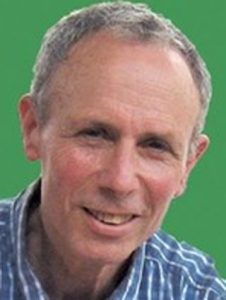 On behalf of the staff and board of directors of OVEC, I extend our deepest condolences to the family and loved ones of Peter Slavin. His loss is profound for anyone who knew him well. Soft-spoken, kind, curious, thoughtful, and intelligent, Peter was that and much more.

I was fortunate enough to meet Peter during my time with OVEC as we worked to end mountaintop removal coal mining in Central Appalachia. Peter had more than a passing interest in this issue and its horrific impacts on people, communities and the land; he took the time to get to know folks on a deeper level and wrote about our issues for many years. During that time, he developed long-term relationships with community members and activists in West Virginia. His stories were a concrete contribution to everyone’s efforts.

Once when he visited West Virginia, he met me at my favorite birding locale— he place that helped launch my environmental career—where we just walked and talked for a couple of hours. Peter really took time to know me (and so many others). He was a frequent face at rallies, protests, major public hearings, and even social gatherings with activists and community members. After different catastrophes (West Virginia seems to have more than its fair share), Peter would check in via email to see how folks were fairing, like after the June 29, 2012 derecho that left most of the state without electricity or the June 23, 2016, flooding that devastated the town of Richwood, WV. He went to Richwood to learn how the community was responding to the disaster and wrote about it. His brand of journalism is rare and that’s why he was highly respected and so well-received here. Like the folks struggling in Appalachia against the injustices here, Peter was in it for the long-haul.

And, Peter was humble and a gentleman. In all the years of knowing him, I can’t recall that he ever spoke about his remarkable education, career, or military service. The world was a better place because he was in it. We will truly miss him. My sincere condolences to all of his loves. May you find comfort and solace in the sweet memories of him that you hold in your hearts. RIP dear Peter.

Find some of Peter’s articles here. 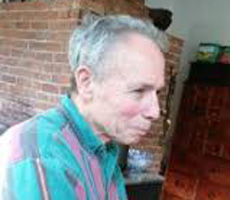